Mark Hamill and “Guardians of the Galaxy” director James Gunn lit up social media as the two talked on Twitter about meeting up to possibly work together on the third film in the franchise.

It all started on the social media site on Sunday after a fan suggested to Gunn the idea of hiring the 66-year-old actor — best known for his role as Luke Skywalker in the “Star Wars” franchise – -for the final installment in the popular sci-fi movies, according to MovieWebb. 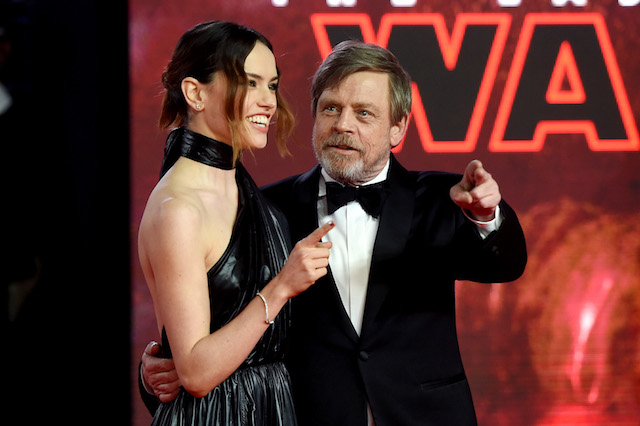 “I think @HamillHimself lives around the corner from me in Malibu so he can just come over and we can talk about it over a cup of coffee,” Gunn tweeted, before Hamill got wind of the conversation and made it clear he was interested.

I think @HamillHimself lives around the corner from me in Malibu so he can just come over and we can talk about it over a cup of coffee.

“I would be happy to do so, both as a good neighbor & an unemployed actor.All the best, mh,” Hamill tweeted.

I would be happy to do so, both as a good neighbor & an unemployed actor.
All the best, mh

The two then had a fun exchange as they figured out how DMs worked to finally set up a meeting.

DM me for my contact info if you’re serious.
(& a good neighbor)
xoxo, mh

Yes I will although I don’t think your DMs are on for me.

Just followed you. Is that how DM’s work?

Actor Josh Gad might have captured fans thoughts about the pairing perfectly when he tweeted his own response to the idea of Hamill working with Gunn.

Last year, the director shared on Facebook that he was coming back for the third and final installment in the franchise. He has reportedly already finished the first draft of the script with production set to begin in 2019 and hitting theaters in 2020.

“So, yes, I’m returning to write and direct Guardians of the Galaxy Vol. 3,” Gunn wrote. “In the end, my love for Rocket, Groot, Gamora, Star-Lord, Yondu, Mantis, Drax, and Nebula–and some of the other forthcoming heroes–goes deeper than you guys can possibly imagine, and I feel they have more adventures to go on and things to learn about themselves and the wonderful and sometimes terrifying universe we all inhabit. And, like in both Vol. 1 and Vol. 2, we will work on creating the story that goes beyond what you expect.”

1
Report: Fired Florida Data Manager Received Multiple Warnings Prior To Her Ouster
Politics
2
Trump Says He Has Chance 'To Break The Deep State,' Teases New Revelations From Declassification
Politics
3
'Indefensible And Grotesque': Jonah Goldberg Slams Kayleigh McEnany, And Chris Wallace Joins In
Media
4
These Are The Most Illogical Coronavirus Restrictions Still In Place
Analysis
5
'No Major Spike In Cases': NBC Nightly News Analyzes Georgia Reopening. Is It What We Expected?
Media