The most powerful members of the U.S. government, including President Trump, gathered in the rotunda of the capitol building Wednesday morning to pay respects to the late Billy Graham.

Short remarks were given by Speaker Ryan, Leader McConnell and President Trump. Trump called Graham an “ambassador for Christ, who reminded the world of the power of prayer and the gift of God’s grace.” 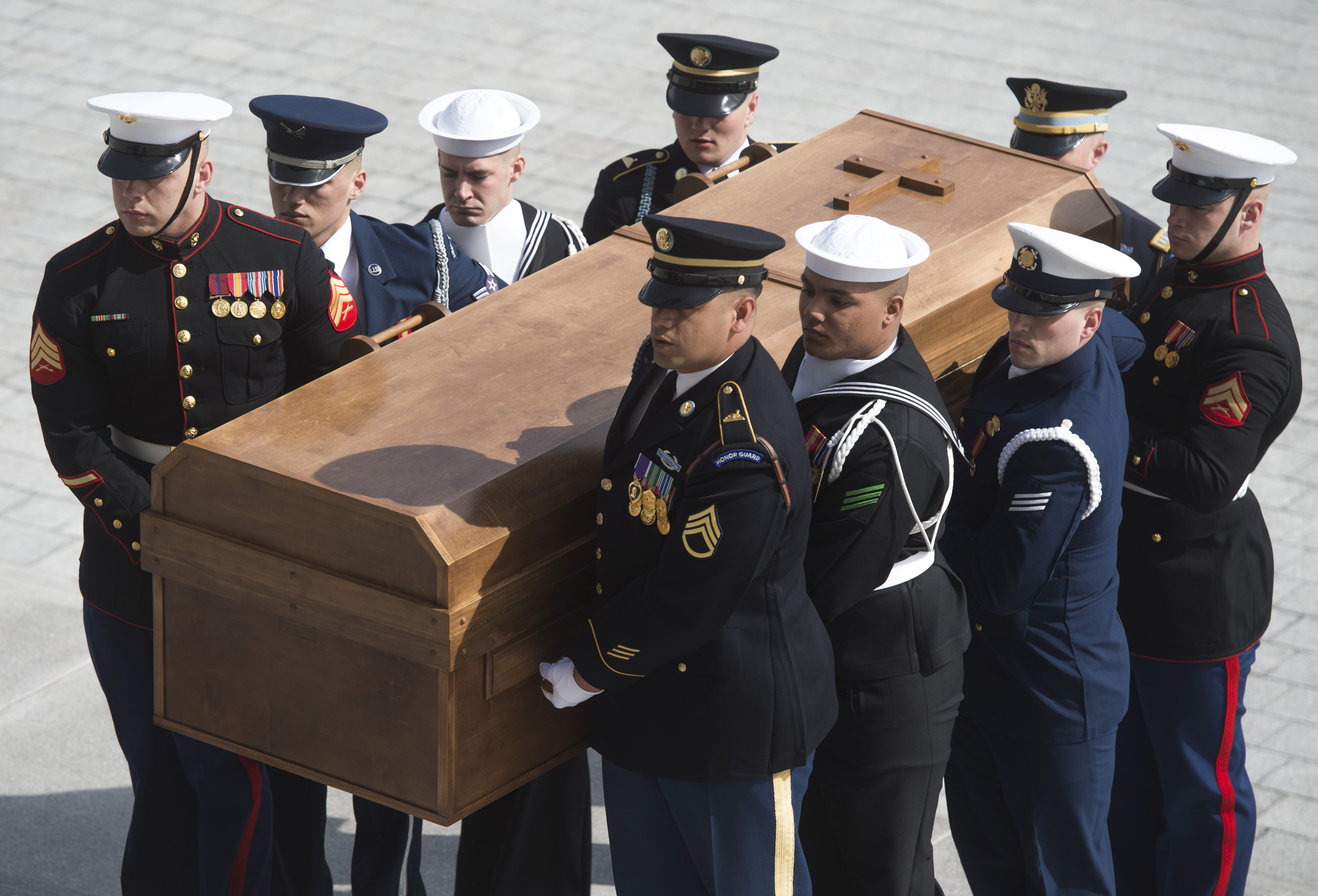 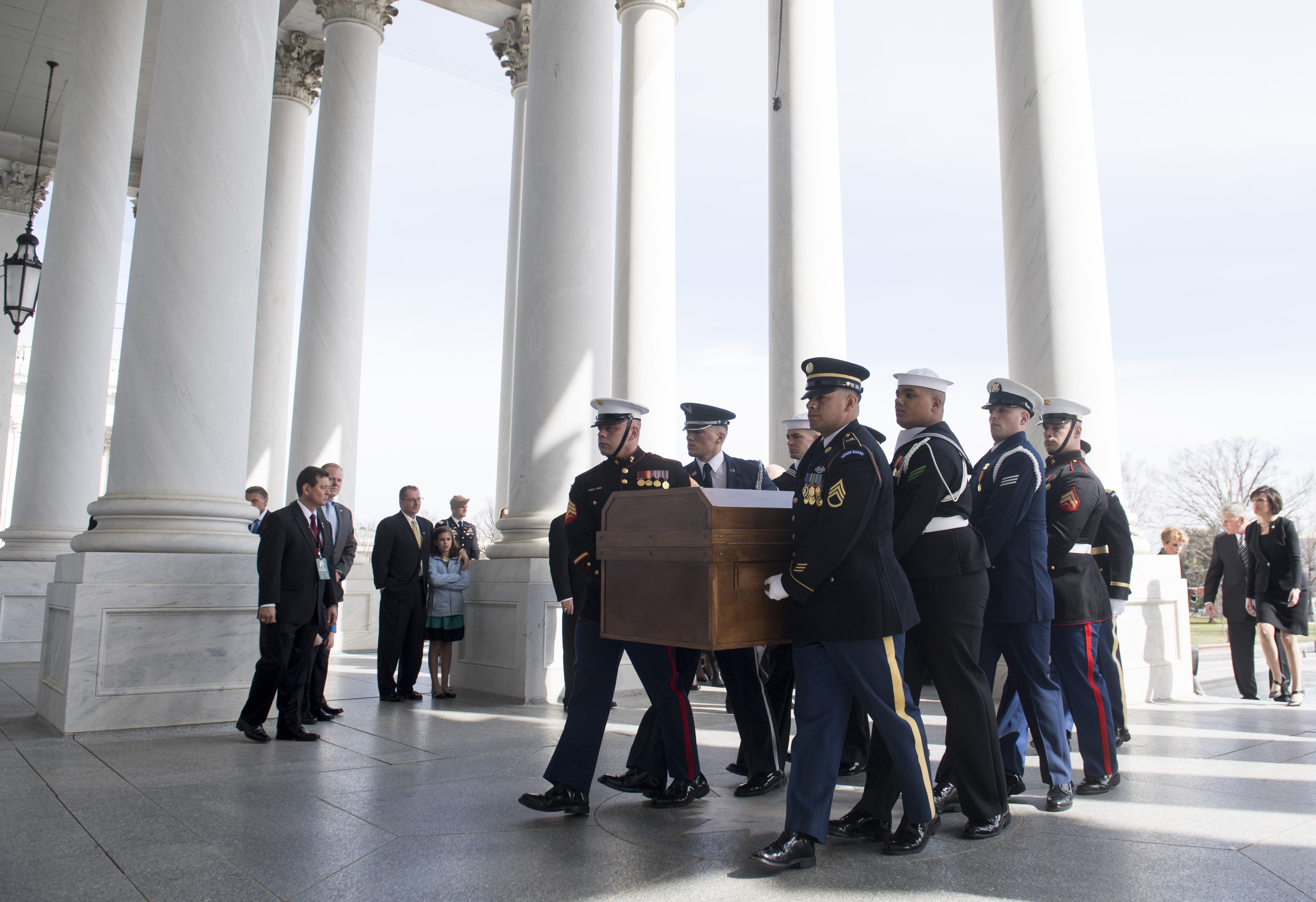 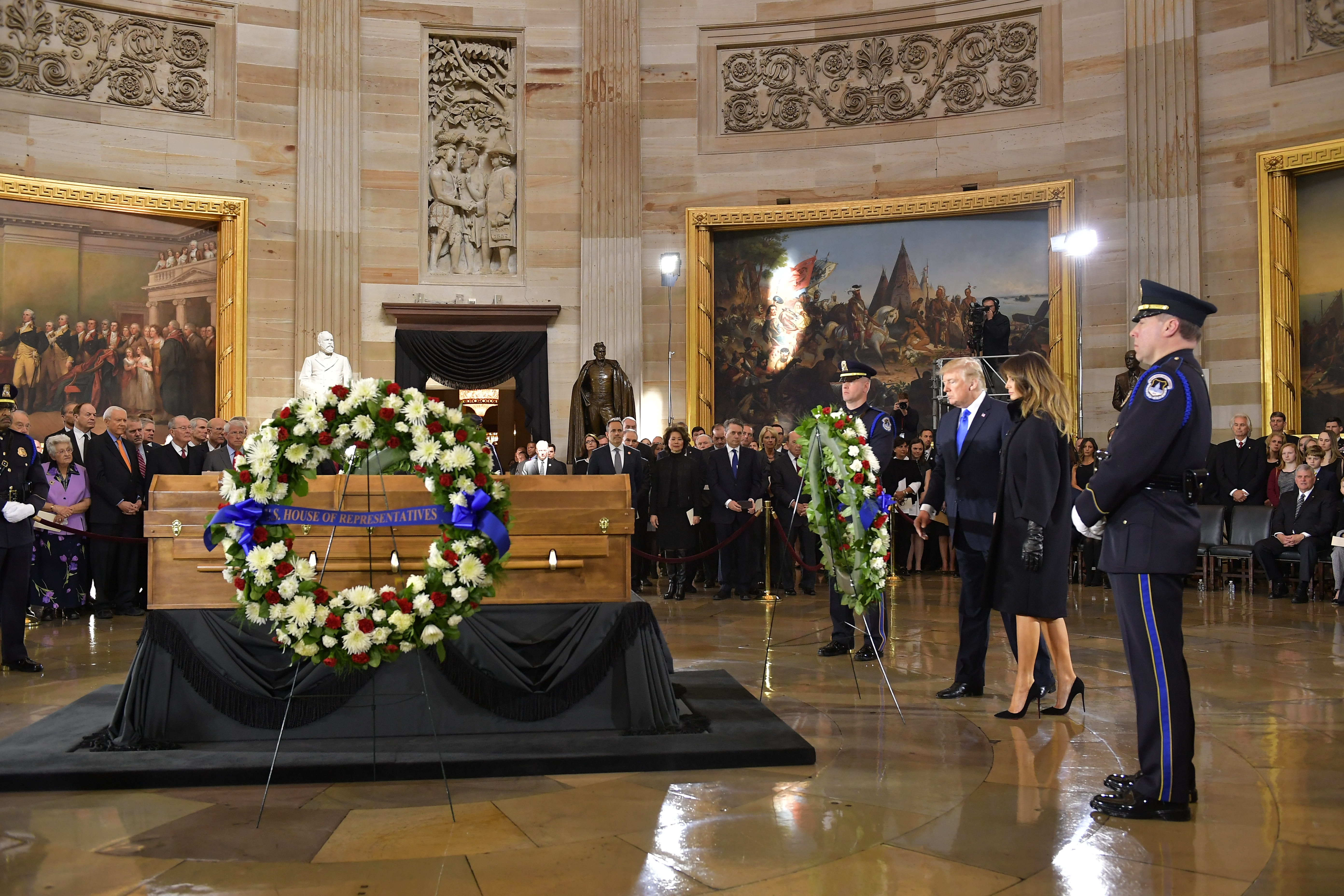 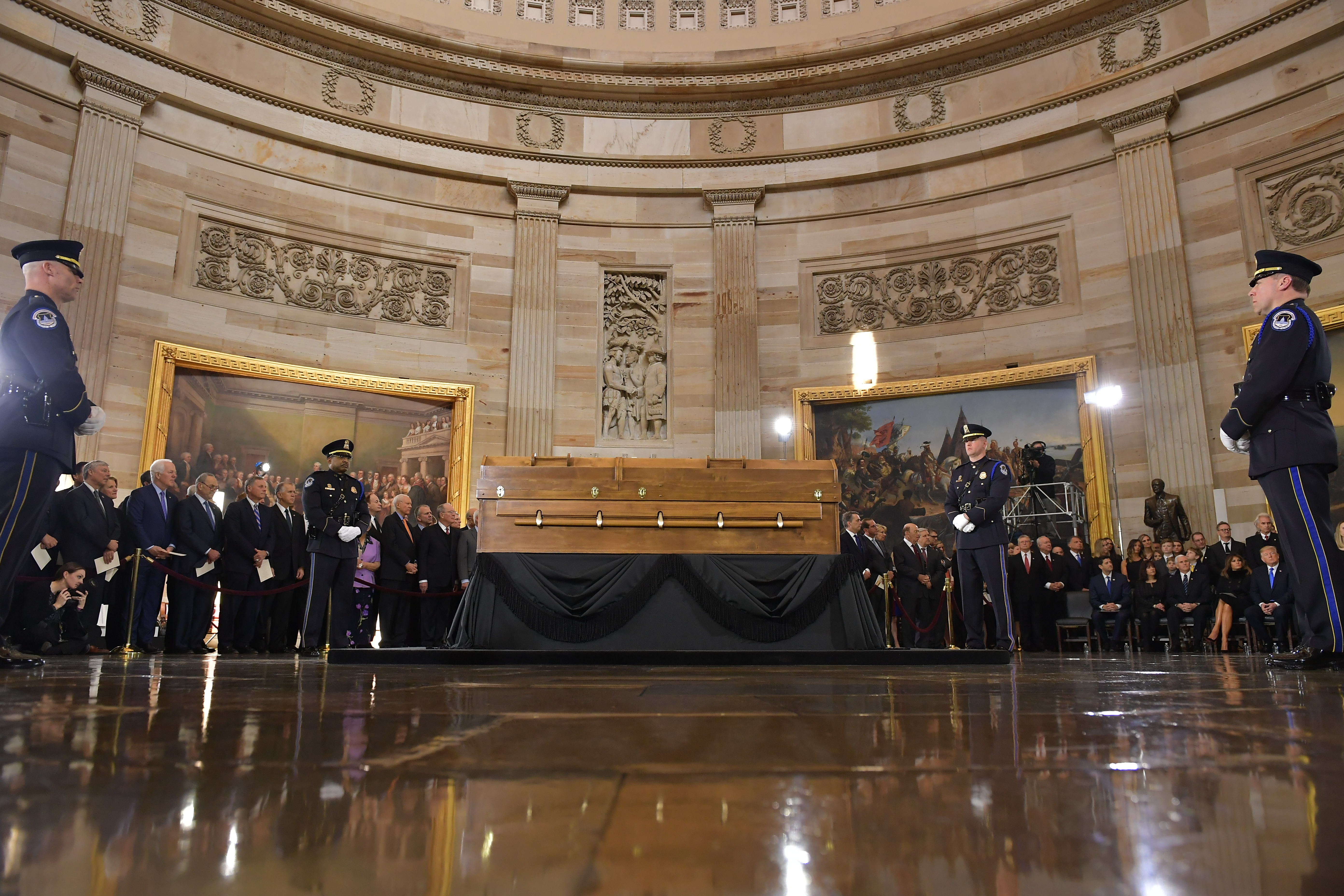 The first couple then laid a wreath at Graham’s casket on behalf of the Executive branch.

After the Congressional chaplain said a prayer for Billy Graham, the Trumps approached the casket one last time before leaving. While standing solemnly at the casket, President Trump walked directly up to it. The president laid his hand on the casket in contemplation. For approximately ten seconds, Trump stood, head bowed, with his hand on the casket. 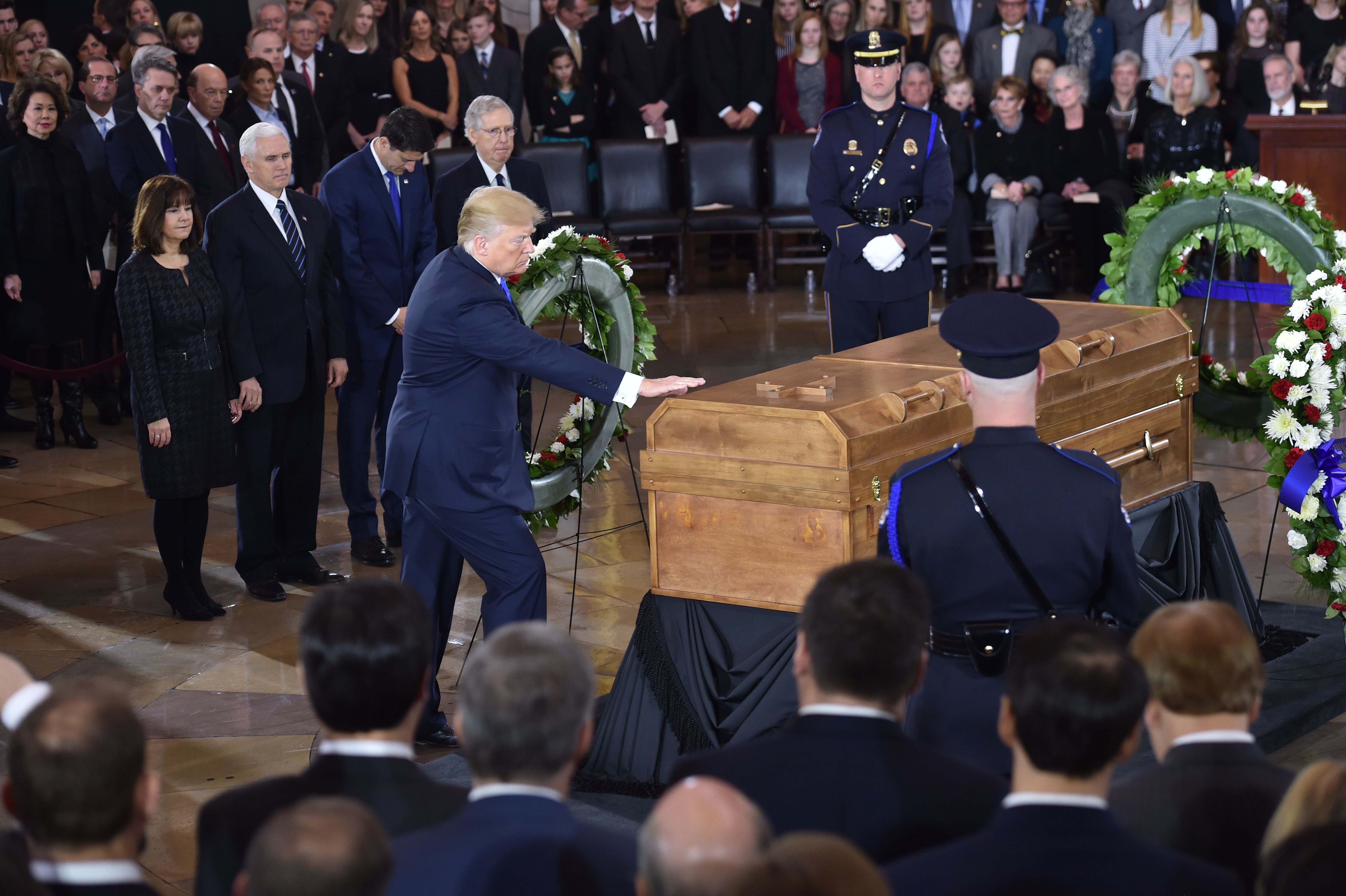