President Donald Trump’s former campaign adviser Rick Gates has canceled his cleared trip to Boston with his family due to online threats.

Gates who pleaded guilty to conspiring against the U.S. and making false statements to the special counsel’s office and FBI, was given permission to travel to Boston, Mass., for spring break with his wife and four children but had to cancel their plans due to online threats towards Gates and his family, Politico reported Thursday.

“After entry of the Court’s Order, Boston newspapers published stories that Mr. Gates and his family would be visiting Boston,” Green wrote. “Publication of that fact generated comments on the internet, some of which were of a threatening character. As a result, Mr. Gates and his wife believe it is not prudent to travel to Boston with their children.” 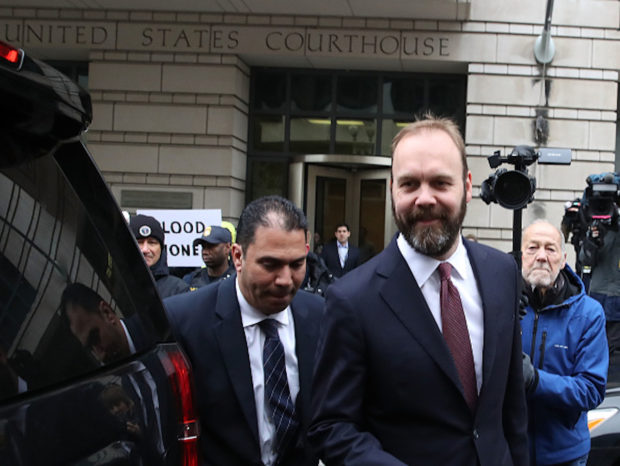 Gates will now take his family to another location that has not been disclosed. The new travel agreement was approved by U.S. District Court Judge Amy Berman Jackson Thursday afternoon. The approved motion will likely give Gates 6 days at the disclosed location, as his original trip was planned from March 2-8. (RELATED: Former Trump Aide Pleads Guilty In Mueller Probe)

The former Trump campaign adviser remains on a $5 million bond and wears a GPS ankle monitor at all times.