Facebook suspended a user in March for critiquing Palestinians who force their kids to fire rockets at Israel.

Blogger Jon Sutz of Save the West found himself the target of a one-week Facebook suspension for a post he made satirizing Palestinian martyrdom, according to information he sent to The Daily Caller News Foundation. Sutz’s post consisted of a parody dialogue between a Palestinian terrorist and his nephews, who are reluctant to shoot rockets at Jews.

“C’mon kids, let’s go shoot off some rockets at the Jews!!!” begins the uncle in Sutz’s hypothetical dialogue.

The kids say, “But uncle, won’t they shoot back? Won’t we get hurt, or killed?” to which the uncle responds, “Well duh, that’s kind of the point, Ahmed. If they fire back, and you get killed, we know the ‘news’ media that we allow in here will show your mangled corpses to the world, and claim that the rotten Zionists are murdering innocent Muslim children again.” 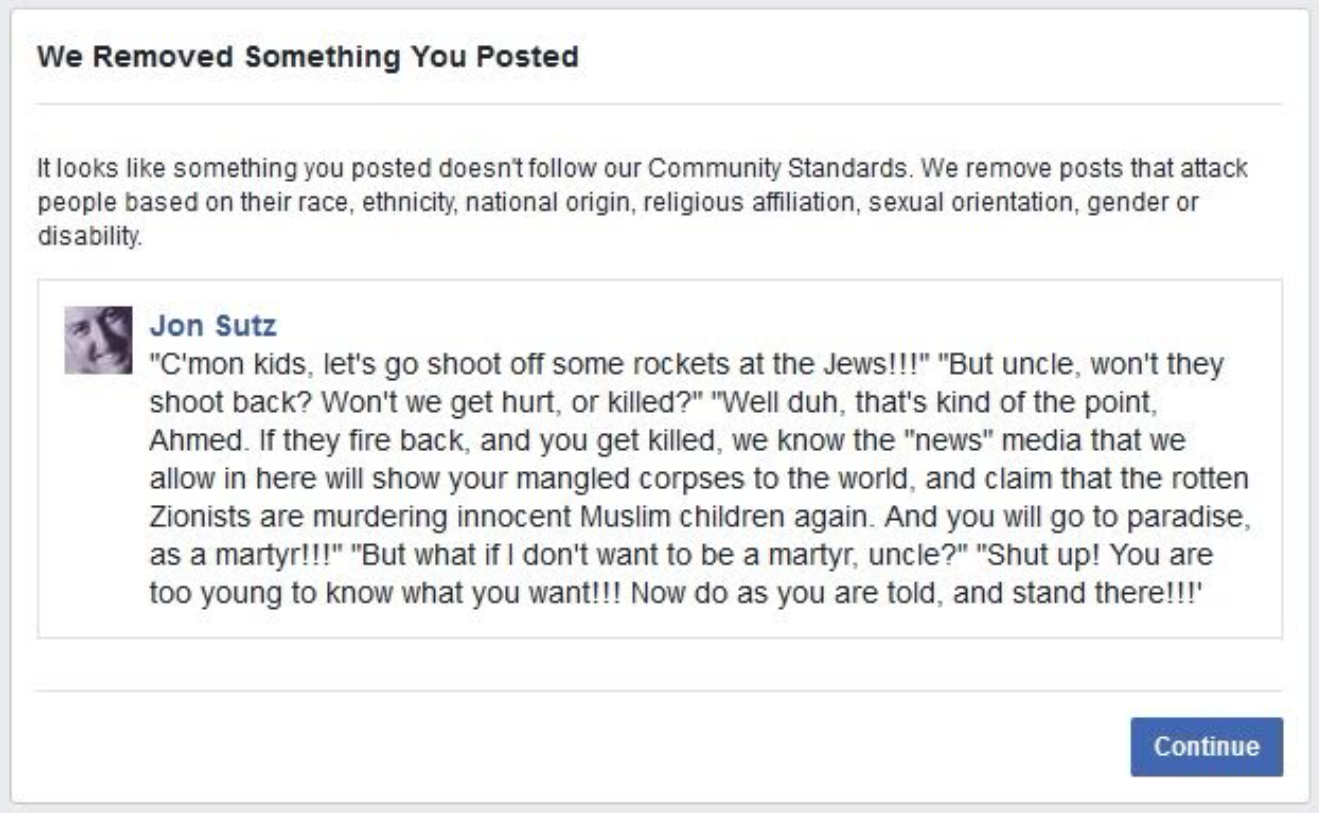 “My satirical post was based on verifiable facts,” Sutz told Facebook using the feedback feature for his suspension. The blogger linked to three articles, which included descriptions of Hamas’ launching of rockets from civilian regions and reported use of children as human shield.

“How ironic that Palestinian terrorists can post whatever they want, Islamists can post the most vile incitement and justification of >>>VIOLENCE<<< against Jews, infidels, gays, lesbians, Christians, etc., and Facebook either looks the other way, or at best, removes the post, but leaves them free to continue,” said Sutz to Facebook.

Sutz confirmed that Facebook lifted his suspension 12 hours before the one week period was set to conclude.

The Facebook spokeswoman told TheDCNF that the site accounts for millions of reports per week and that sometimes it makes errors.