Sen. Tim Scott told the “Fox & Friends” crew on Monday that it’s “painful” to watch Senate Democrats delay passing legislation, like the “Fix NICS” Act, that will not only make schools safer but could have prevented mass shootings like the one in Charleston, South Carolina.

“It is time for us to act, without any question,” he stated. “We have bipartisan legislation that would ultimately fix the background system.”

“I had an opportunity to speak with some of the police chiefs down in Florida, as well as South Carolina, about what they would like to see,” he explained. “There are a lot of conversations that could be a part of the legislative vehicle going forward, and I think we can make sure our students are safer than they were before the incident in Parkland.” 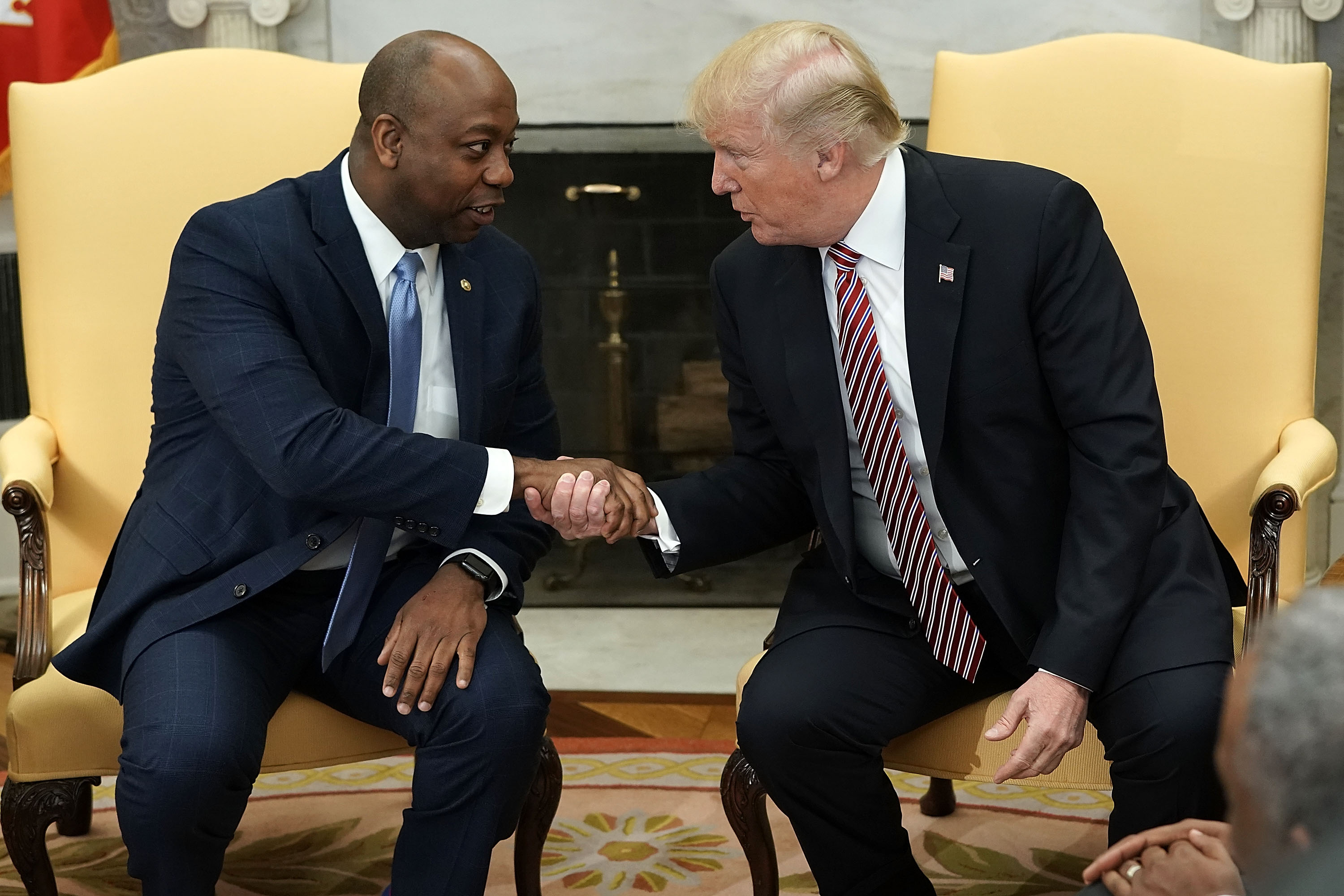 President Donald Trump shakes hands with Sen. Tim Scott during a working session regarding the Opportunity Zones provided by tax reform in the Oval Office of the White House February 14, 2018, in Washington, D.C. (Photo by Alex Wong/Getty Images)

“There’s a lot of things that we can do,” Scott added before turning the tables on his Democratic colleagues.

“Unfortunately, in many ways our friends on the left continue to block the floor because of ability to use 30 hours on each tranche of the negotiations of the process, which is painful to watch, when we know there are solutions sitting there, that could be used, ultimately, saving more lives from my perspective,” the South Carolina Republican stated. “Remember, the shooting in Charleston in 2015 at Mother Emanuel Church, we could have prevented that had the Fix NICS already been in place.”