Judge Thomas Ellis III, who is presiding over the second prosecution of Paul Manafort, wrote in a new order that the deposed Trump campaign chief may well spend the rest of his life in prison.

Ellis imposed restrictive bond conditions against Manafort in the new order, concluding the severity of his alleged crimes and his considerable assets incentivize him to flee the country.

“Defendant faces the very real possibility of spending the rest of his life in prison,” Ellis wrote. “In this regard, he poses a substantial risk of flight and the above-mentioned conditions are the least restrictive conditions that will reasonably assure defendant’s appearance at trial.”

Each tax fraud charge carries a maximum sentence of five years and a $250,000 fine. The bank fraud charges carry a 30 year maximum sentence and a one million dollar fine. Though he is not likely to receive the maximum penalties, at 68, Manafort faces the serious prospect of life in prison, even with a reduced sentence.

He is subject to house incarceration and a $10 million bond, per the order. He will remain confined in a waterfront condo in Alexandria for the coming weeks.

“These conditions are necessary because the defendant is a person of great wealth who has the financial means and international connections to flee and remain at large, as well as every incentive to do so,” the order reads.

He has pleaded not guilty to all charges. 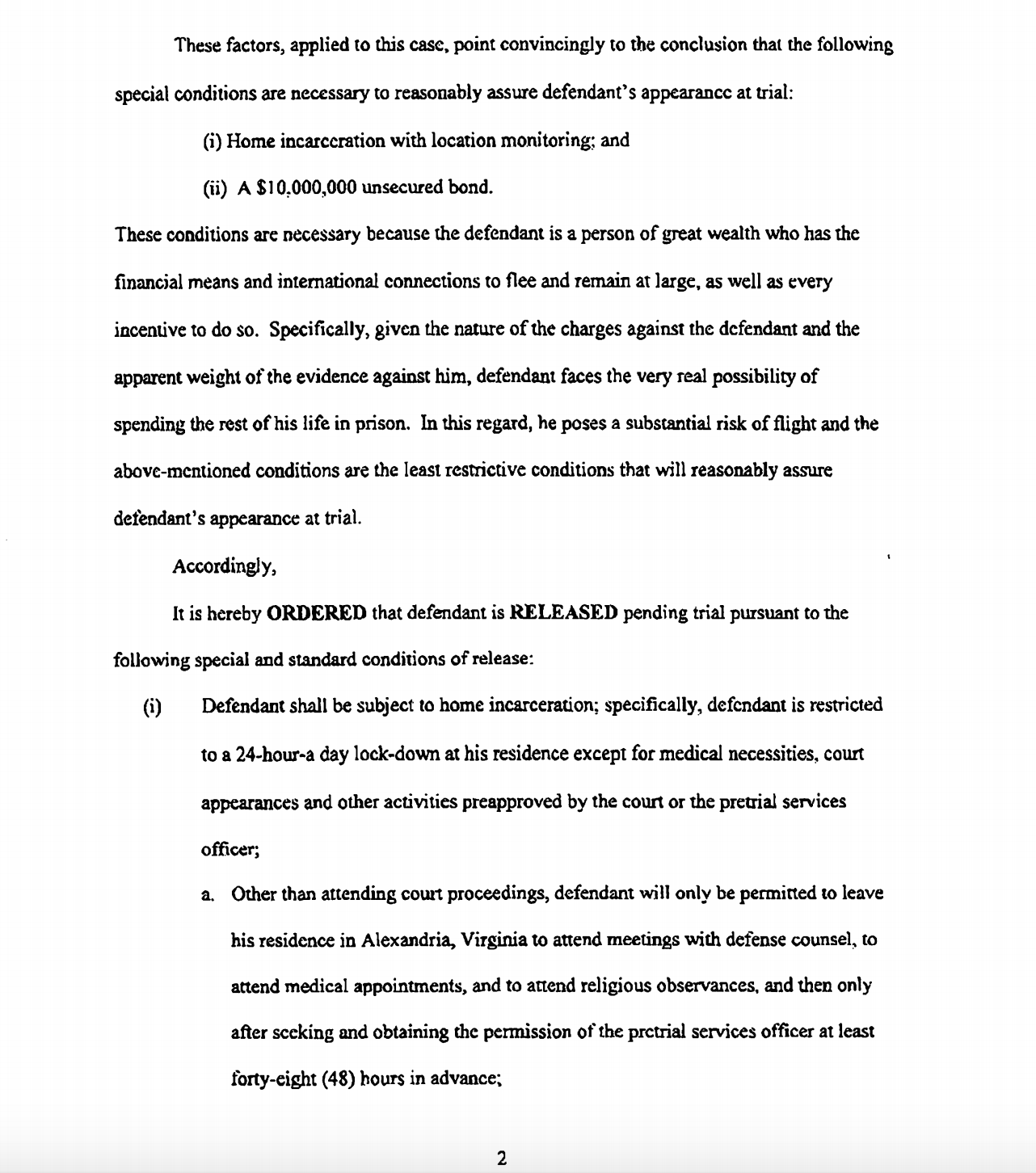