Scientist Who Predicted Pandemic Blasts WHO: ‘They Set Us Back A Great Deal’

Thousands of students across the country walked out of class Wednesday in protest of the nation’s gun policies.

However, one American school made sure that it’s students were not participating in the demonstration — and the students were promised arrest and military discipline if they did.

The Department of Defense American High School in South Korea, which educates the children of soldiers and staff serving on an American military installation near Seoul, made it very clear that marching for gun control would land the students in big trouble.

The school sent out a memorandum on the walkout, stating that the school has “respect the right for our students to engage in peaceful expression of their opinions through speech and other ways as long as it is done respectfully does not interfere with the rights of others and does not disrupt learning in the school.” However, the school made it clear that “policy prohibits protest on US military installations.”

Then the memo got real. The school promised to keep a record of any student that walks out and have military police bring them back to class. The memo states:

American High School will maintain a roster of any student who walks out of class and will provide that list to the Garrison command team to determine if any further steps are warranted. We would also like to note that any student who leaves campus during the walk out time will be dealt with by military police who will take their name, information and then escort them back into school control immediately. The situation will then be assessed to determine what follow-up disciplinary action may be required from The Garrison.

You can read the full text here: 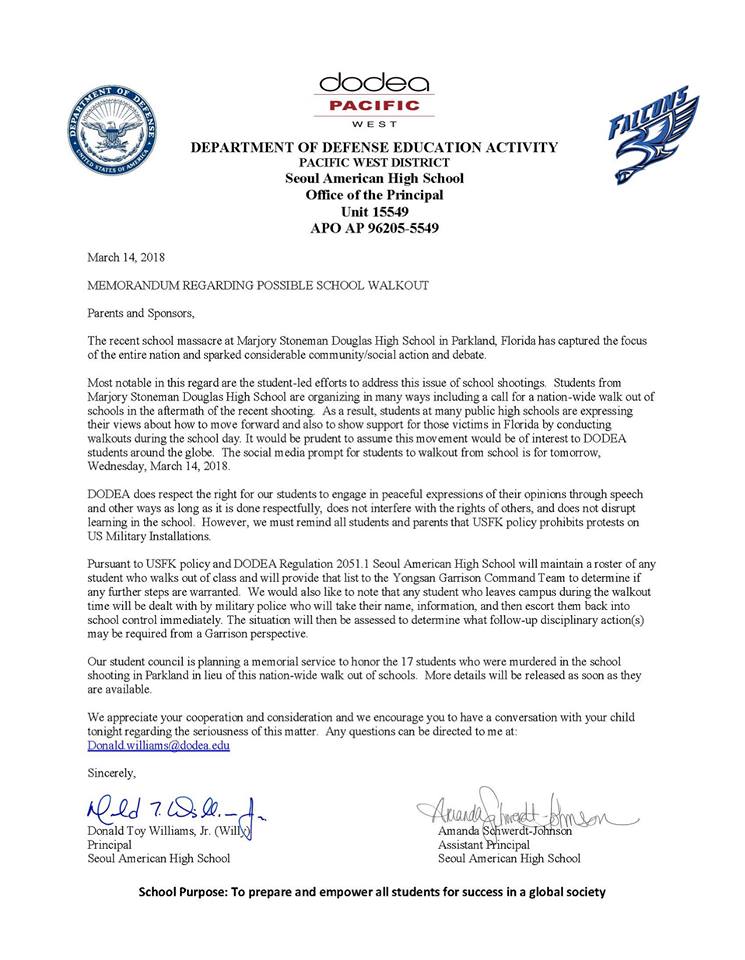