Lizbeth Mateo, an illegal alien and citizen of Mexico who came to the country with her parents when she was 14, is the first undocumented person to be appointed to a statewide government job in the United States. The job, to serve on the California Student Opportunity and Access Program Project Grant Advisory Committee, is an official government position that seeks to aid poor and “underserved communities” in gaining access to college.

In a statement, Mateo said illegal aliens are “underrepresented” in government. “While undocumented students have become more visible in our state, they remain underrepresented in places where decisions that affect them are being made.”

California Senate President pro tempore Kevin de León, in announcing the appointment, said Mateo is “a courageous, determined and intelligent young woman who at great personal risk has dedicated herself to fight for those seeking their rightful place in this country. While Donald Trump fixates on walls, California will continue to concentrate on opportunities.” 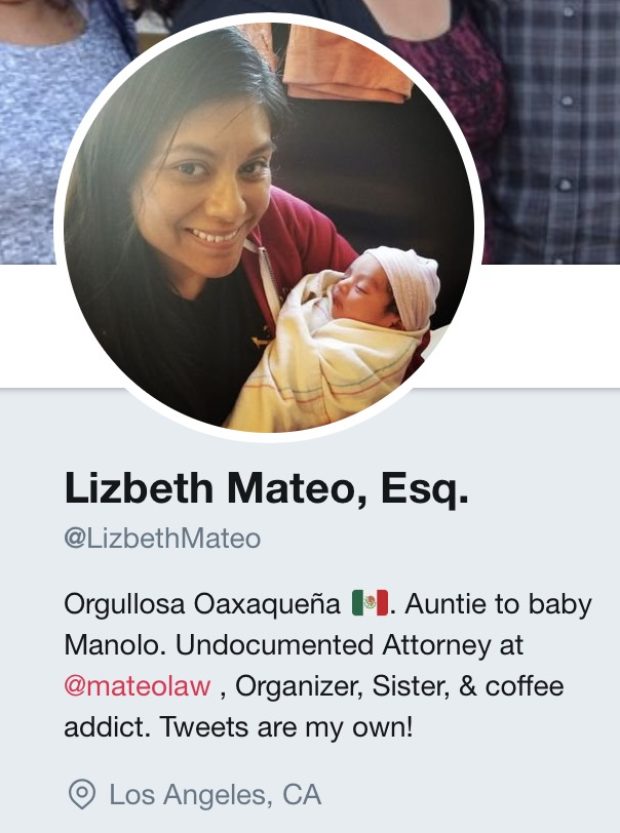 Mateo tweeted her gratitude for the job.

In #lawschool I often wondered if I was fit to b in #lawjournal, #mootcourt bc not many ppl w/ my same background did. I always went for it bc even if I felt inadequate I thought I could add something of value. I hope to do the same w/ @StudentAidCommission. #undocumentedunafraid https://t.co/JpZOOhJfMU

Thank you Sen. @kdeleon for appointing me to the CalSOAP Advisory Committee. I look forward to working w/ the rest of the committee & the Student Aid Commission in such important task – increase the accessibility of postsecondary education opportunities for low-income students.

California made national news when the state passed laws forbidding employers in the state from cooperating with federal immigration officials and imposing fines of up to $10,000 should they do so. The Justice Department is suing the state over those laws and its status as a sanctuary state.