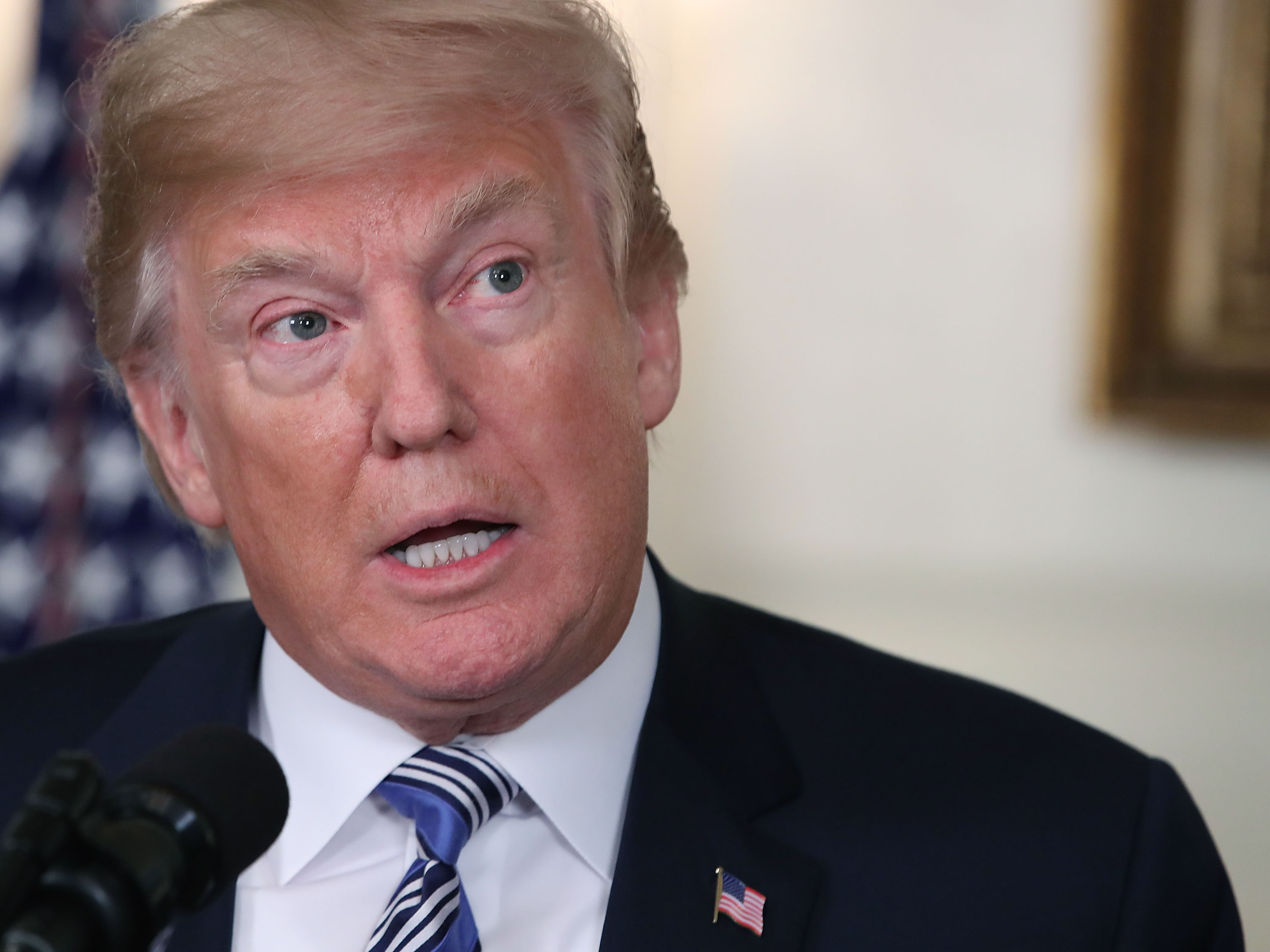 President Donald Trump speaks to the press about the $1.3 trillion spending bill passed by Congress early Friday, in the Diplomatic Room of the White House on March 23, 2018 in Washington, D.C. (Photo by Mark Wilson/Getty Images)

“We will BAN all devices that turn legal weapons into illegal machine guns.”

Obama Administration legalized bump stocks. BAD IDEA. As I promised, today the Department of Justice will issue the rule banning BUMP STOCKS with a mandated comment period. We will BAN all devices that turn legal weapons into illegal machine guns.

“Since the day he took office, President Trump has had no higher priority than the safety of each and every American,” attorney general Jeff Sessions said in a statement accompanying Trump’s announcement. “That is why today the Department of Justice is publishing for public comment a proposed rulemaking that would define ‘machinegun’ to include bump stock-type devices under federal law — effectively banning them.”

“After the senseless attack in Las Vegas, this proposed rule is a critical step in our effort to reduce the threat of gun violence that is in keeping with the Constitution and the laws passed by Congress,” Sessions continued. “I look forward to working with the President’s School Safety Commission to identify other ways to keep our country and our children safe, and I thank the President for his courageous leadership on this issue.”

Paddock used bump stocks to convert several semi-automatic rifles into what the DOJ would now classify as “machineguns,” which he used to kill 58 individuals near the Mandalay Bay Resort and Casino.