The New York Times had to add a correction to John Paul Stevens’ op-ed about repealing the Second Amendment because the paper misidentified an 18th century musket.

Stevens, a former Supreme Court justice, wrote in an op-ed published Tuesday morning that he believes the Second Amendment should be repealed because the concern that a “national standing army might pose a threat to the security of the separate states” is “a relic of the 18th century.”

When the paper first published the piece, the NYT posted a photo of an 18th century musket next to a modern sporting rifle. However, the Times misidentified the musket as an “18th century rifle.” 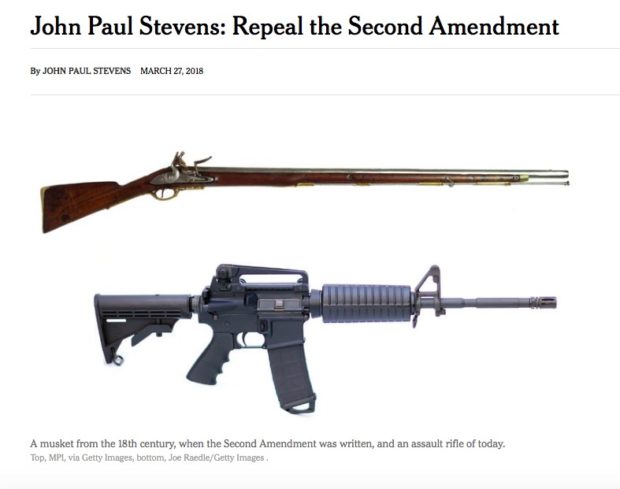 The paper later issued a correction at the bottom of the piece, writing, “An earlier version of a picture caption with this article misidentified the 18th-century firearm depicted. It is a musket, not a rifle.”