Kenny Rogers has been forced to cancel the remaining dates of his farewell tour to recuperate from a “series of health challenges,” People reports.

“Kenny Rogers has been working through a series of health challenges,” Rogers’ manager confirmed in a statement. “His doctors fully expect the outcome to be great, but they have advised him to cancel all performances through the end of the year to focus on recuperation.” 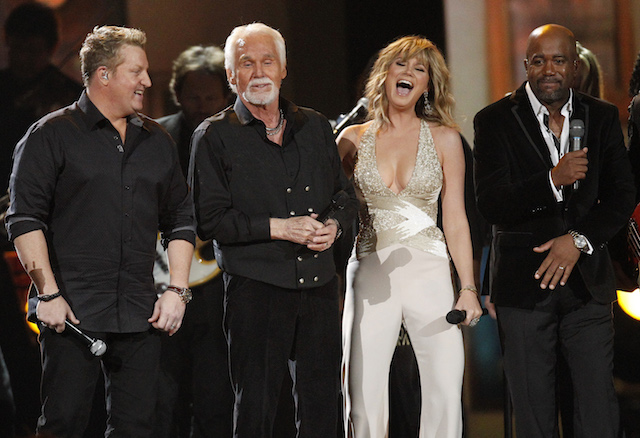 The 79-year-old singer announced his farewell tour in 2015 and has spent the last two years entertaining fans from all over the world.

Due to his health challenges, shows in New York, California, Pennsylvania, Rhode Island, Nevada and Louisiana have been canceled.

“I didn’t want to take forever to retire,” Rogers explained. “I’ve thoroughly enjoyed this opportunity to say farewell to the fans over the course of the past two years on ‘The Gambler’s Last Deal tour.’ I could never properly thank them for the encouragement and support they’ve given me throughout my career and the happiness I’ve experienced as a result of that.”

The music legend has spent the last six decades making hit songs like “Islands in the Stream,” “Lady” and “Lucille.”

“I’ve done this long enough. I wrote in my book that sometimes there’s a fine line between being driven and being selfish. And I think I crossed that line when I was younger,” Rogers shared when he announced his farewell tour. “I really want to be there with my kids and my wife. They’re very important to me and I don’t see enough of them.”