Defense attorney Tom Mesereau told jurors at the Montgomery County Courthouse in Pennsylvania that the former Temple University employee was only out for a big payday when she accused Cosby of drugging and sexually assaulting her at his Philadelphia home in 2004, according to USA Today. 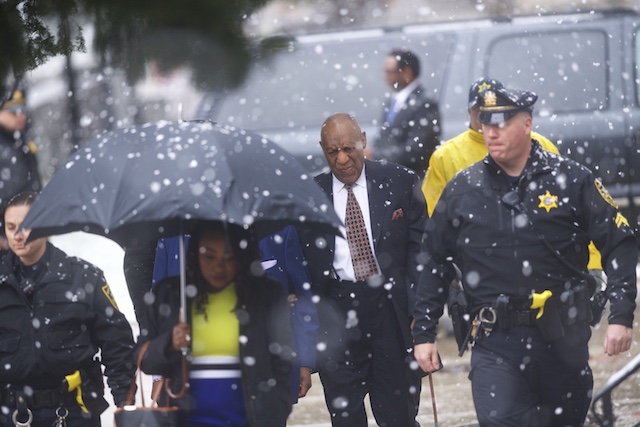 “A con artist is what you get, ladies and gentlemen of the jury,” Mesereau explained. “A con artist. And we’ll prove it.”

Mesereau told jurors that Constand “took advantage” of Cosby’s grief over his son’s death in 1999 and used that to get close to him. He said that the former employee was “madly in love” with Cosby’s fame and his millions, claiming that she “made up” the story in hopes of hitting “the jackpot.”

The previously undisclosed amount Cosby paid in the 2006 civil lawsuit Constand filed against him for allegedly sexually assaulting her was revealed Monday to be $3.4 million.

Later prosecutors got the chance to call their first witness in the case, psychiatrist Barbara Ziv, who testified that the former Temple University employee’s behavior, including not telling police for over a year about the alleged incident, was in line with how other sexual assault victims act.

Ziv also told jurors that the alleged use of alcohol and drugs in this case could explain the accuser’s fuzzy memory of things.

If convicted, Cosby could face 10 years behind bars.

1
Trump Fires Intelligence IG Who Told Congress About ‘Credible’ Whistleblower Complaint
Politics
2
REPORT: More Than 40,000 People Have Arrived In The US From China Since Trump Restricted Travel
World
3
'We Should Never Let Someone Like That Run This Country': Tucker Carlson Says Dr. Fauci's Advice Could Lead To 'National Suicide'
Media
4
'I Would Like Them To Shut Up': Dr. Drew Says Media 'Needs To Stop 'Whipping Up Further Panic And Chaos' With Coronavirus Coverage
Entertainment
5
CNN's Acosta Interrupts Dr Birx As She Discusses The WHO's Handling Of Coronavirus Pandemic
Politics