Backpage.com pleaded guilty to human trafficking charges in Texas less than one week after Women’s March defended the company.

Women’s March, one of the nation’s most prominent left-wing activist groups, defended Backpage on March 7 — the day after the Department of Justice seized the website and shut it down.

“The shutting down of #Backpage is an absolute crisis for sex workers who rely on the site to safely get in touch with clients. Sex workers rights are women’s rights,” Women’s March said in a statement posted to Twitter.

Women’s March did not return The Daily Caller News Foundation’s request for comment following the guilty pleas on Thursday. 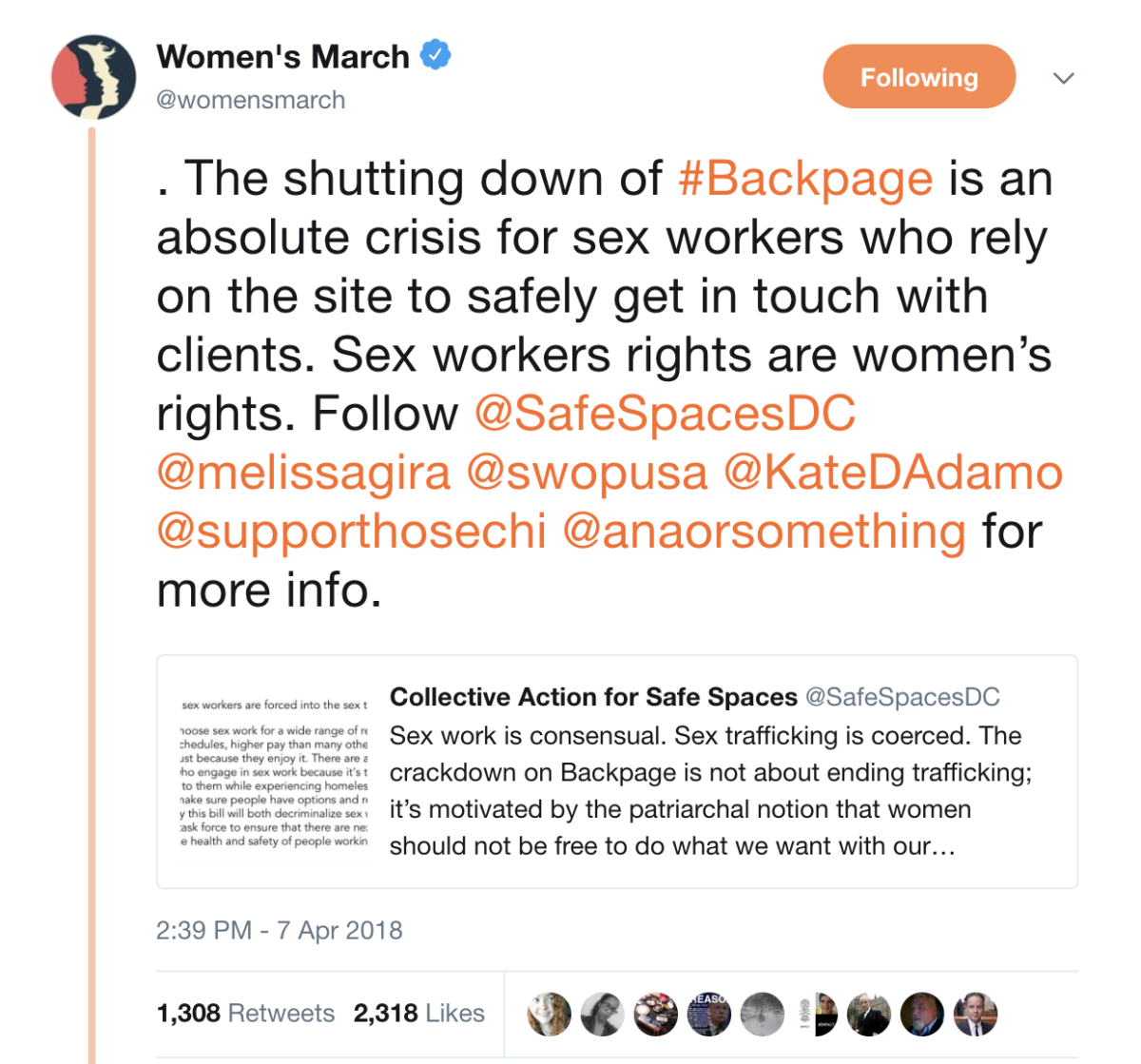 Backpage “facilitated the sex trafficking of innocent women and children through sites it ran for 943 locations in 97 countries and 17 languages. It was involved in 73 percent of all child trafficking cases reported to the National Center for Missing and Exploited Children,” Paxton’s office noted.

“Taking down Backpage and obtaining a criminal conviction for the company and its CEO represents a significant victory in the fight against human trafficking in Texas and around the world,” Paxton said in a statement.

Women’s March is no stranger to controversy. The activist group came under sharp criticism on March 6 after several of its leaders defended Nation of Islam Louis Farrakhan, a notorious racist and anti-Semite.

Women’s March co-president Tamika Mallory on Feb. 25 attended a Nation of Islam convention where Farrakhan railed against Jews against gay people — but found time to recognize Mallory for her activism.

Despite the backlash, Women’s March has declined to condemn Farrakhan’s racism and anti-Semitism.