“You know, maybe I don’t need to say this because it’s pretty obvious,” Clinton said. “We are living in challenging times. We’re living through a war on truth, facts and reason, watching as racist and white supremacist views are lifted up in the media and in the White House.” 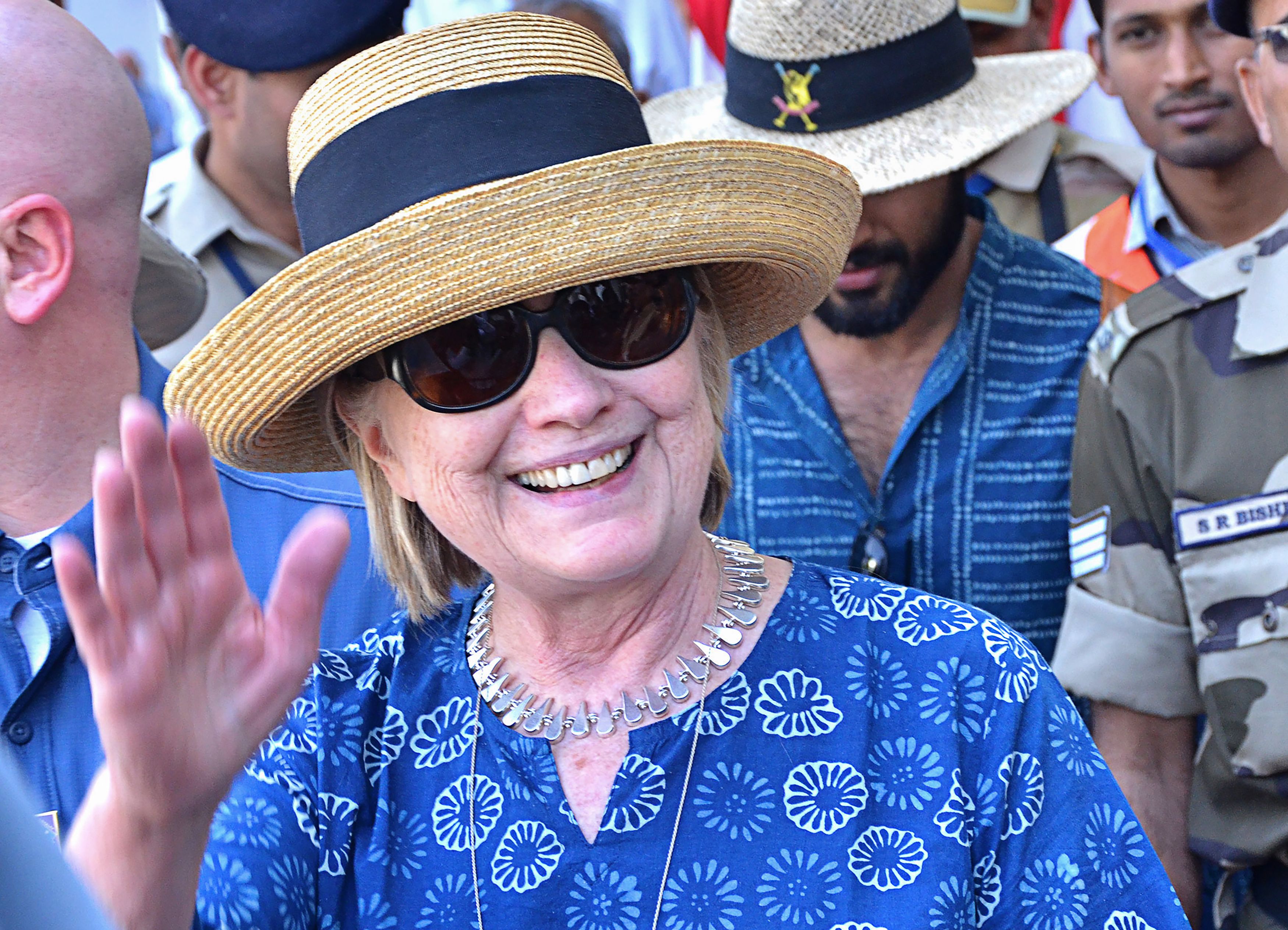