A new book reveals that Hillary Clinton “cut off” pollsters who worked on her campaign because they kept reminding her how much people actually disliked her.

The Daily Beast reports that New York Times reporter Amy Chozick, who covered Clinton during the campaign, has a new book about her campaign where she writes that Hillary “cut off Joel and the pollster John Anzalone, as they walked her through the almost daily reminder that half the country disliked her.”

Hillary reportedly told her pollsters, “You know, I am getting pretty tired of hearing about how nobody likes me.” 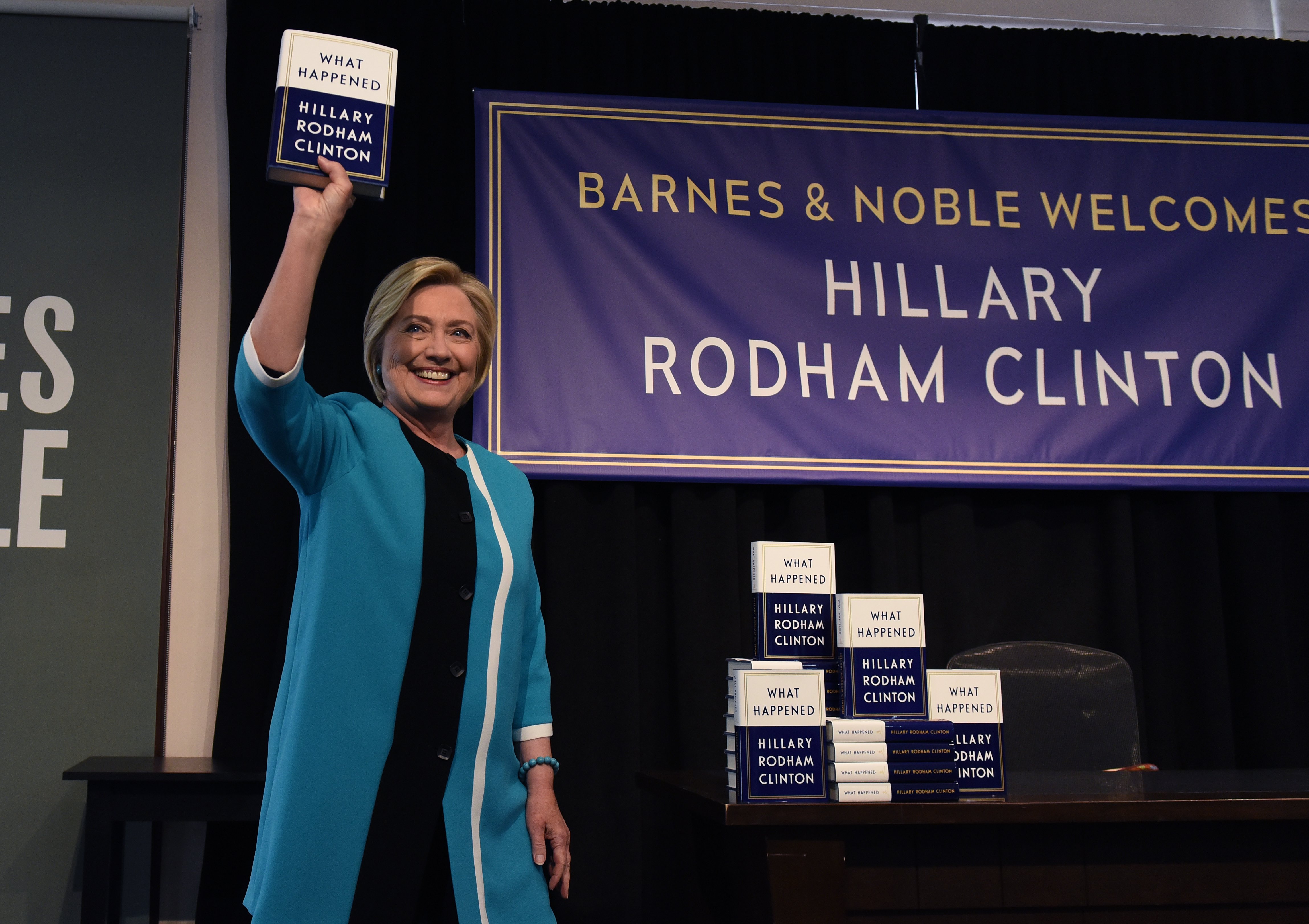 Hillary Clinton kicks off her book tour of her memoire of the 2016 presidential campaign titled “What Happened” with a signing at the Barnes & Noble in Union Square on September 12, 2017 in New York.
Clinton, who on Tuesday released her tell-all memoir about the 2016 presidential campaign, said she has “no doubt” that Donald Trump’s associates helped Russia interfere in the US election. / AFP PHOTO / TIMOTHY A. CLARY (Photo credit should read TIMOTHY A. CLARY/AFP/Getty Images)

The book paints an unflattering picture of the failed presidential candidate. It also reveals that on election night, when it became clear that she would not win, Clinton said, “They were never going to let me be president.”