San Francisco and its residents seem to be getting very fed up with electric scooters littered throughout town in recent weeks.

Local authorities have confiscated hundreds of the vehicles, which are part of a sharing program, according to CBS San Francisco.

Some civilians have been painting over key parts of the technology and cutting cables that allow people to use the scooter-sharing technology. Another even appeared to purposefully smear feces onto the base of the vehicles.

The war on scooters in San Francisco continues. This Bird has its QR code painted over and one of its cables cut. 17th and Harrison. pic.twitter.com/EO3BTK3j5p

Masses of scooters started inundating the greater California tech hub in the past few weeks after Bird, Spin, and LimeBikes, three startups, all began offering their services in the city. Through a smartphone app, citizens and tourists can rent the scooter, and then dismount and place the scooter wherever they like — at least in disregard of the city and people’s wishes. There is not only disagreement about where they should be left when idle, but also where they should be operated — the road, bike lanes, or the sidewalk.

The three aforementioned companies started providing the travel option without communicating with the city, according to CBS San Francisco. The San Francisco city attorney issued cease and desist orders earlier in April, arguing that the scooter-sharing program is “unlawful,” “a public nuisance,” and a healthy and safety hazard.

City officials, including the mayor, are expected to impose new regulations Wednesday to ensure they are used in a safe, legal manner.

China, much like San Francisco, have also had major spatial problems when recent ride-sharing bike programs left the city with mountains of metal and carbon-fiber. 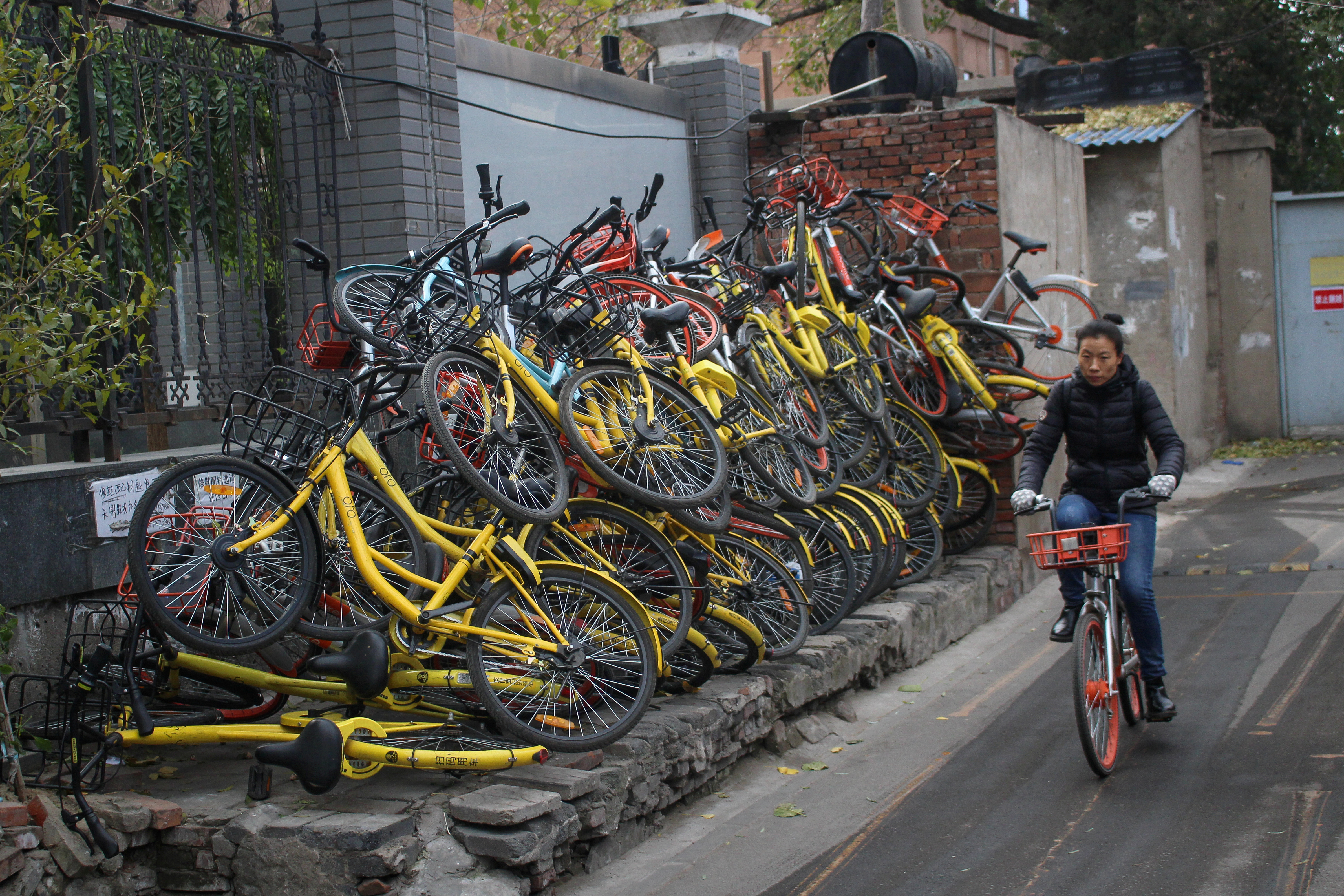 A woman rides a bicycle past shared bikes at a hutong in Beijing, China November 17, 2017. [REUTERS/Stringer] 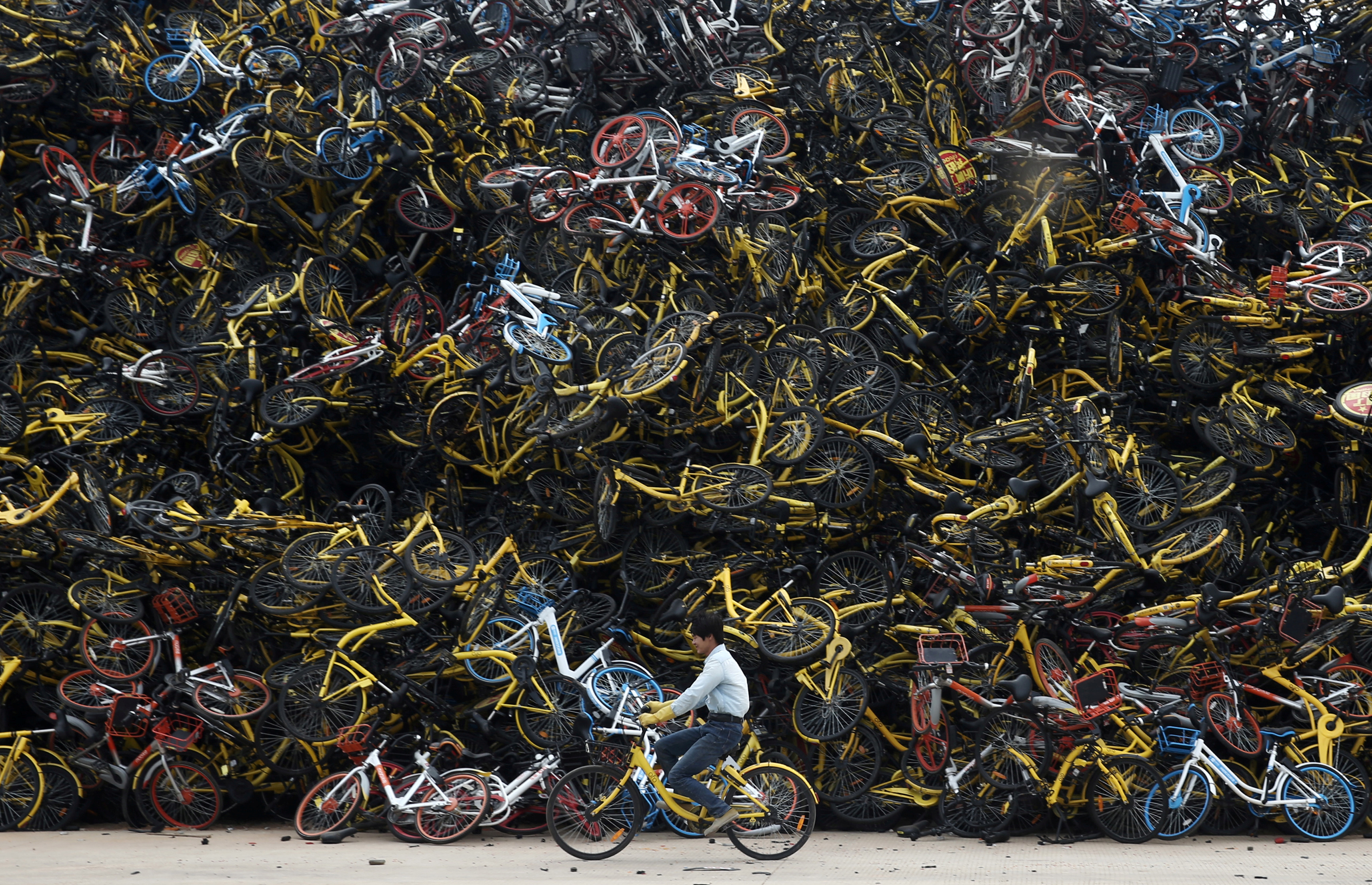 China’s issues with the initiative, though, appear to be way worse — at least for now.