Thousands of residents have been ordered to evacuate after a combination of earthquakes and a volcanic eruption threatened to destroy homes on the eastern coast of Hawaii’s Big Island.

The Kilauea volcano, one of the five that make up Hawaii’s largest island, began belching lava through a crack in the earth on Thursday evening. New fissures continued to develop into Friday, with lava flows and clouds of dangerous sulfur dioxide gas threatening at least two residential subdivisions close to the volcano.

The eruptions were accompanied by a series of light tremors, punctuated by a powerful earthquake with a magnitude of 6.9, which hit the south slope of Kilauea just after noon on Friday. More tremors and volcanic activity are expected throughout the weekend, U.S. geologic officials said.

Lava emerges from the ground after Kilauea Volcano erupted, on Hawaii’s Big Island May 3, 2018, in this still image taken from video obtained from social media. Jeremiah Osuna/via REUTERS

Civil defense officials in Hawaii County ordered more than 1,000 residents to flee the Leilani area amid reports that some houses had been “touched by the lava flow,” reports NBC News. At least 700 of the 1,500 residential structures in the lower Puna district, which encompasses Leilani, are threatened by the volcanic activity, officials said.

As of Saturday, there have been no reports of injuries due to the Kilauea eruption. The extent of damage to homes in the area remains unclear.

Kilauea is the most active of the Big Island’s five volcanoes. Its last major eruption occurred in June 2014, when it spewed lava for months but left residential areas largely unharmed. 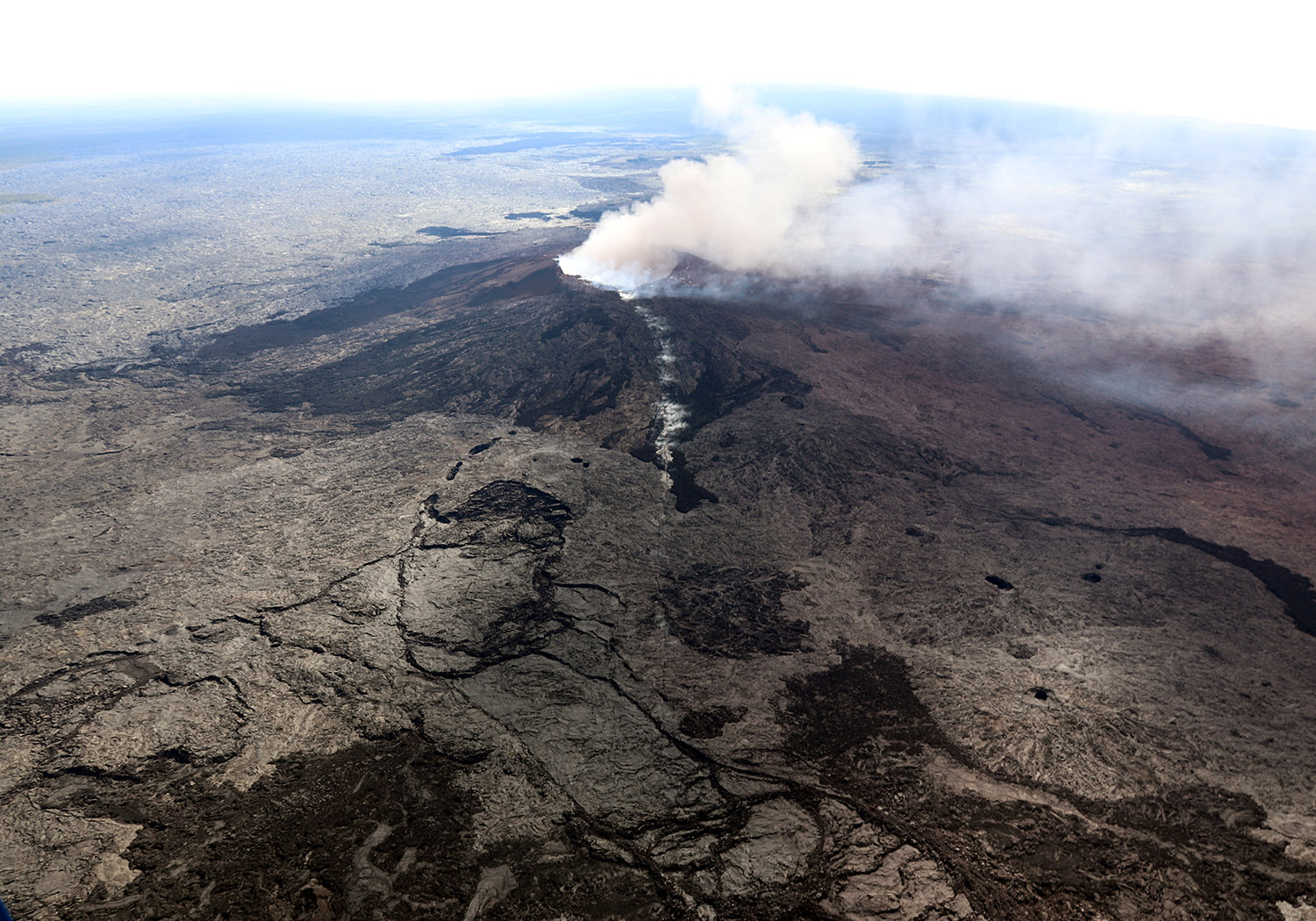 The Kilauea Volcano fissure that formed on the west flank of the Pu’u ‘O’o cone (line of white steam) is seen in this aerial image after the volcano erupted following a series of earthquakes over the last couple of days, in Hawaii, U.S. on May 3, 2018. Picture taken on May 3, 2018. USGS/Handout via REUTERS