John Kerry is in the hot seat after new reports revealed that former President Obama’s Secretary of State was actively working with his Iranian counterparts to keep the Iran Nuclear Deal in place.

The Boston Globe reported Friday that Kerry has been secretly meeting with politicians and diplomats around the world in an attempt to salvage the future of the Iran nuclear deal and undermine the current administration. 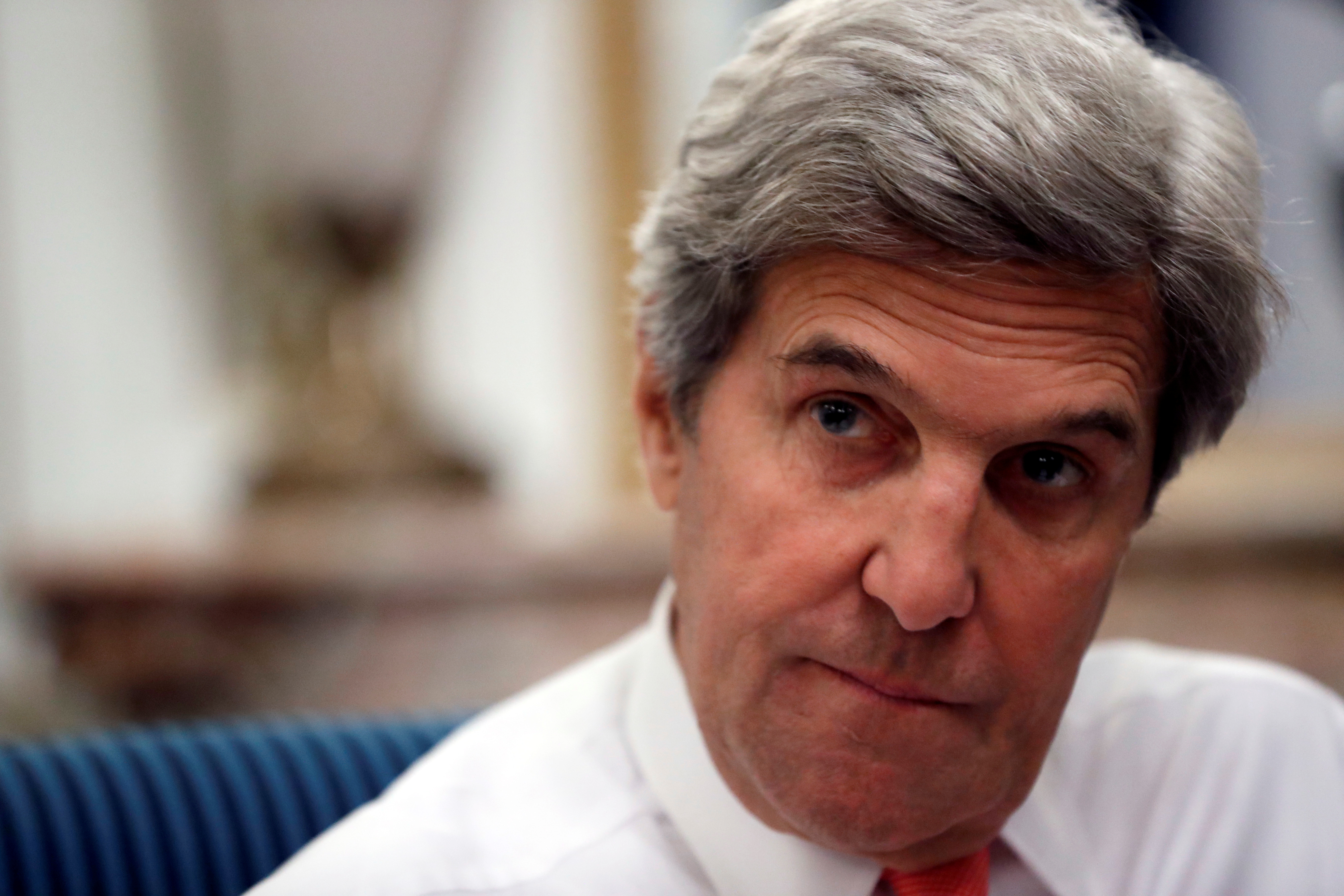 According to Fox News political reporter Brooke Singman, a Kerry spokesperson admitted the reports were accurate, telling the news outlet that “Secretary Kerry stays in touch with his former counterparts around the world,” and that Kerry was working to make sure the tenants of the Iran Deal “remain effective.” 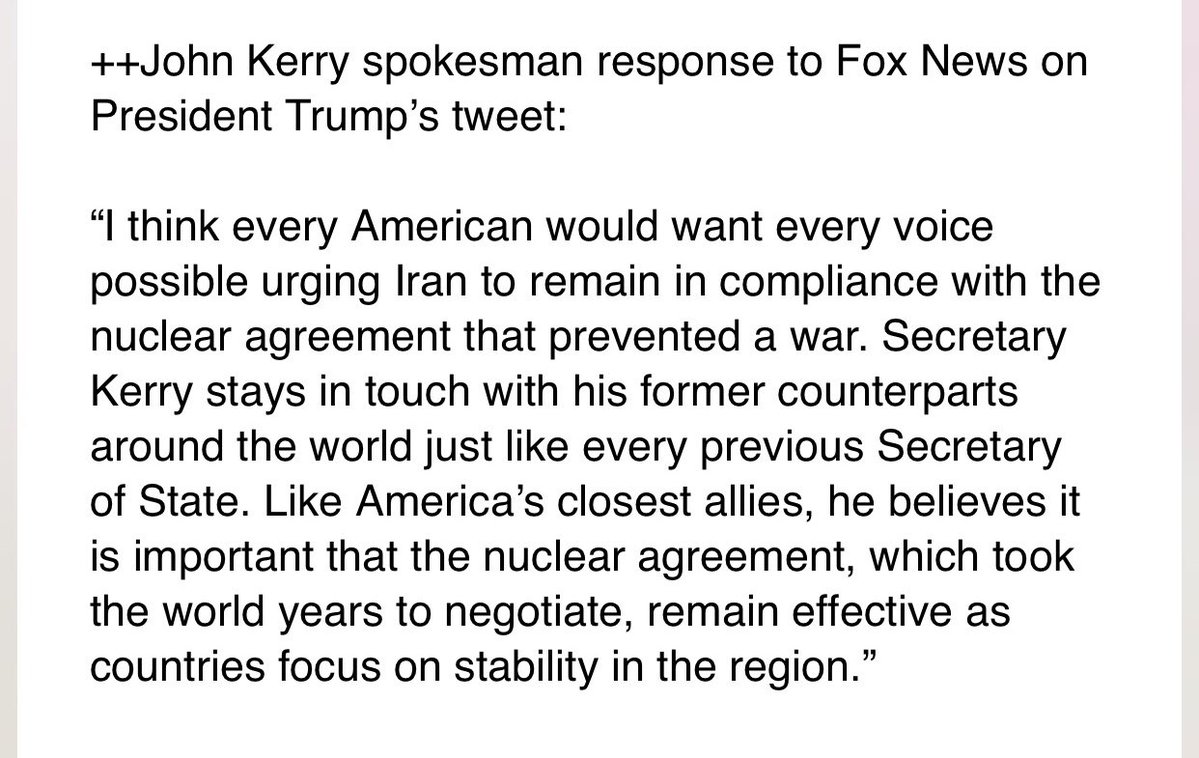 The report comes as the Trump administration is under intense scrutiny for allegations that they colluded with a foreign power to swing the presidential election. No evidence has yet been presented to support that claim.

The Boston Herald has called for a full investigation into Kerry’s actions:

If special counsel Bob Mueller is truly interested in investigating people who are colluding with nefarious foreign powers to undermine U.S. interests, John Kerry should be Target No. 1 for secretly meeting with Iran’s foreign minister, Javad Zarif, and other foreign officials in recent weeks to usurp U.S foreign policy.

It’s a role that as a private citizen, Kerry has no mandate or authority to pursue.

President Trump attacked Kerry’s actions on Twitter, saying Monday. “The United States does not need John Kerry’s possibly illegal Shadow Diplomacy on the very badly negotiated Iran Deal. He was the one that created this MESS in the first place!”