A new report indicates that fired FBI director James Comey was advised by members of the FBI to talk to special counsel Robert Mueller before testifying to Congress last year.

Judicial Watch reports that even after Comey was fired, the FBI was working to help craft his testimony.

In one email exchange, then-FBI chief of staff James Rybicki wrote to Andrew McCabe and other FBI officials with a drafted response to Comey, who had been communicating with FBI officials even in the weeks after his firing.

There are three recommendations for Comey listed in the email, one of which recommends that “counsel consult with Special Counsel Mueller to determine the timing of any such testimony.” 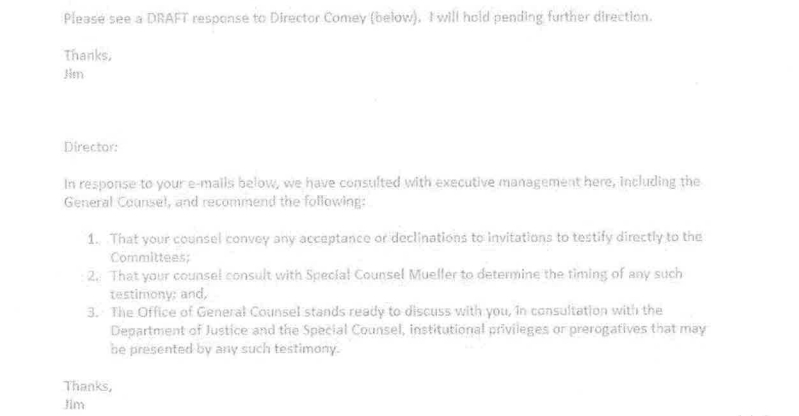 This email was sent on May 19th, 10 days after Comey was dismissed from his position as FBI director.

The full email records from Judicial Watch can be viewed here.

Comey later went on to testify to the Senate Intelligence Committee in June. He used the platform to call President Trump a liar.

OPINION
1
UFC Superstar Stops Rioters In Awesome Video
Editorial
2
White House Refuses To Address Why The Federal Government Did Not Protect the Monuments Honoring Our Nation's Heroes From Rioters
Politics
3
Kansas City Police Say Bricks Staged Near Protests Were 'To Be Used During A Riot'
US
4
1 Person Reportedly Dies After National Guard, Police Return Fire On Crowd
US
5
Here Are The Possible Reasons Mike Flynn's Judge Hired His Own Attorney
Politics