President Donald Trump tweeted Thursday that the five most wanted members of the Islamic State terror group have been captured.

According to Fox News, the ISIS leaders were captured in a joint-sting operation conducted by American, Iraqi and Turkish forces.

Trump’s comments came just hours after he celebrated the release of three American hostages — formerly held by North Korea — upon their arrival at Andrews Air Force Base. 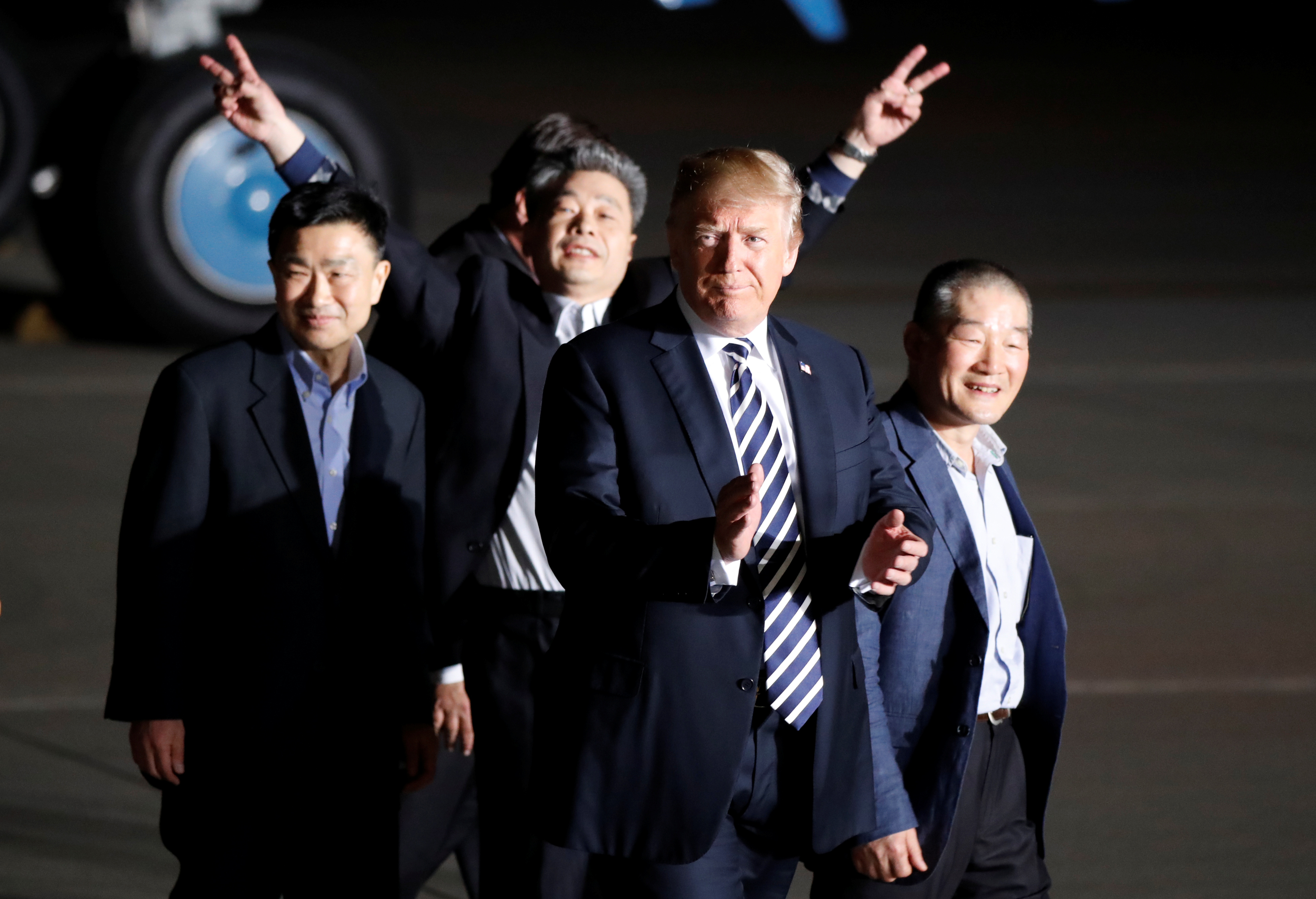 The three Americans formerly held hostage in North Korea gesture next to U.S.President Donald Trump, upon their arrival at Joint Base Andrews, Maryland, U.S., May 10, 2018. REUTERS/Jim Bourg – RC1FDB2A7BD0

Some in the media, including CNN’s Chris Cuomo, called the moment the highlight of Trump’s presidency, a sharp break from their usual White House coverage.