During a deeply emotional moment, Trump invited up the family of slain NYPD officer, Miosotis Familia, onstage. The family was joined by Familia’s partner, Vincent Maher.

Familia was executed while sitting in her NYPD cop car by a mentally disturbed gunman with anti-cop views. During the ceremony, Maher gave president Trump a challenge coin in honor of Familia and the two men shared a private conversation away from the microphone. 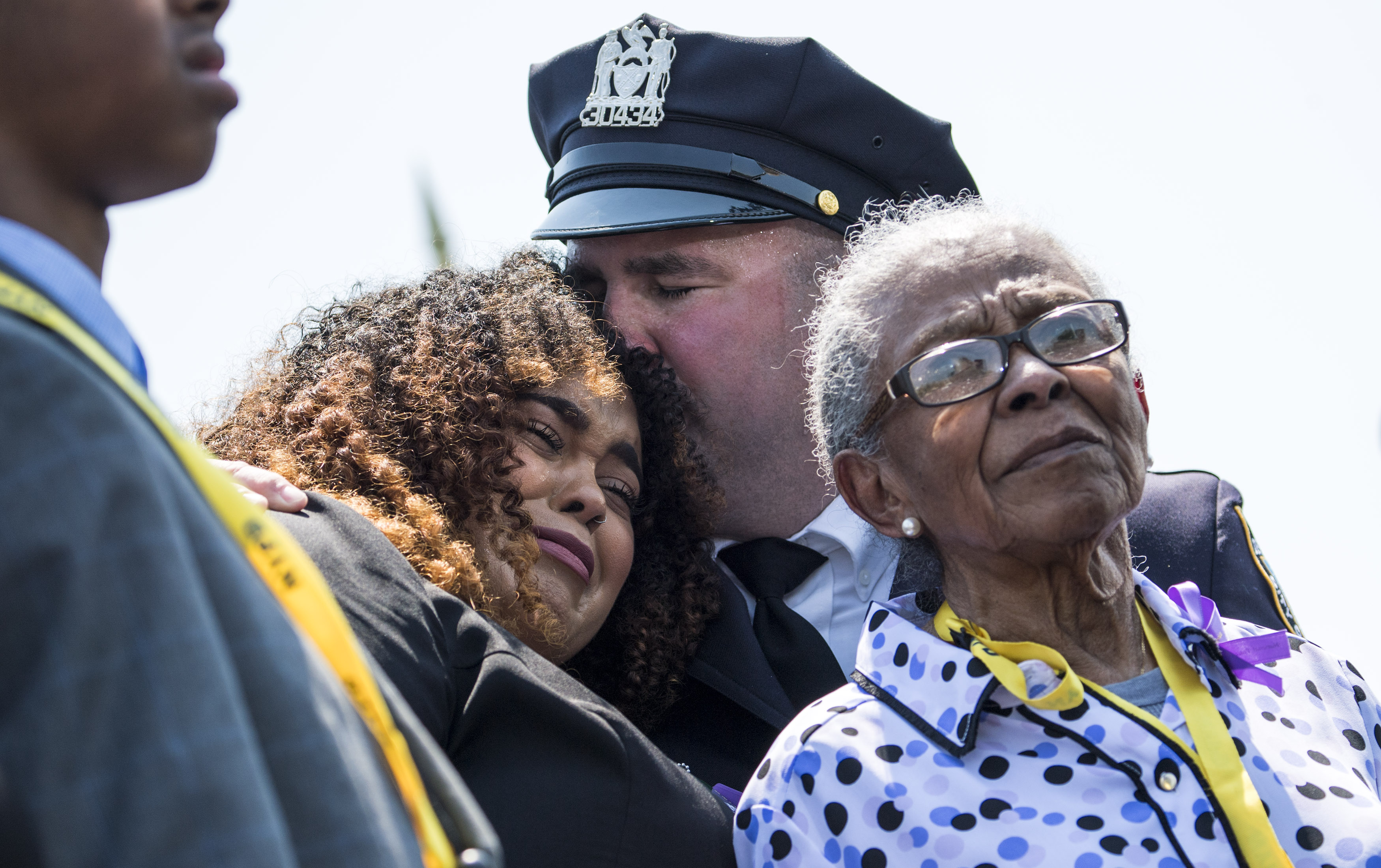 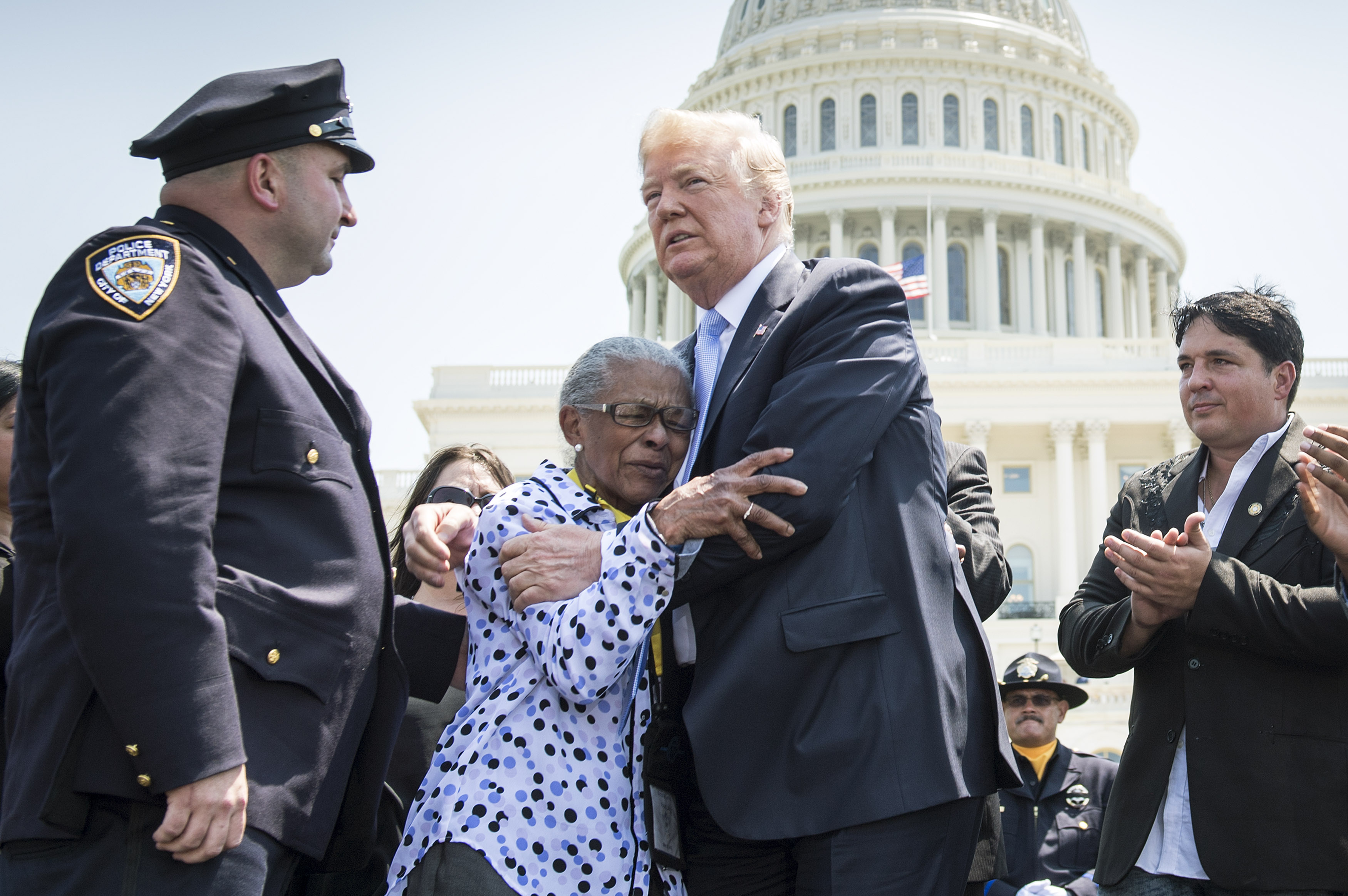 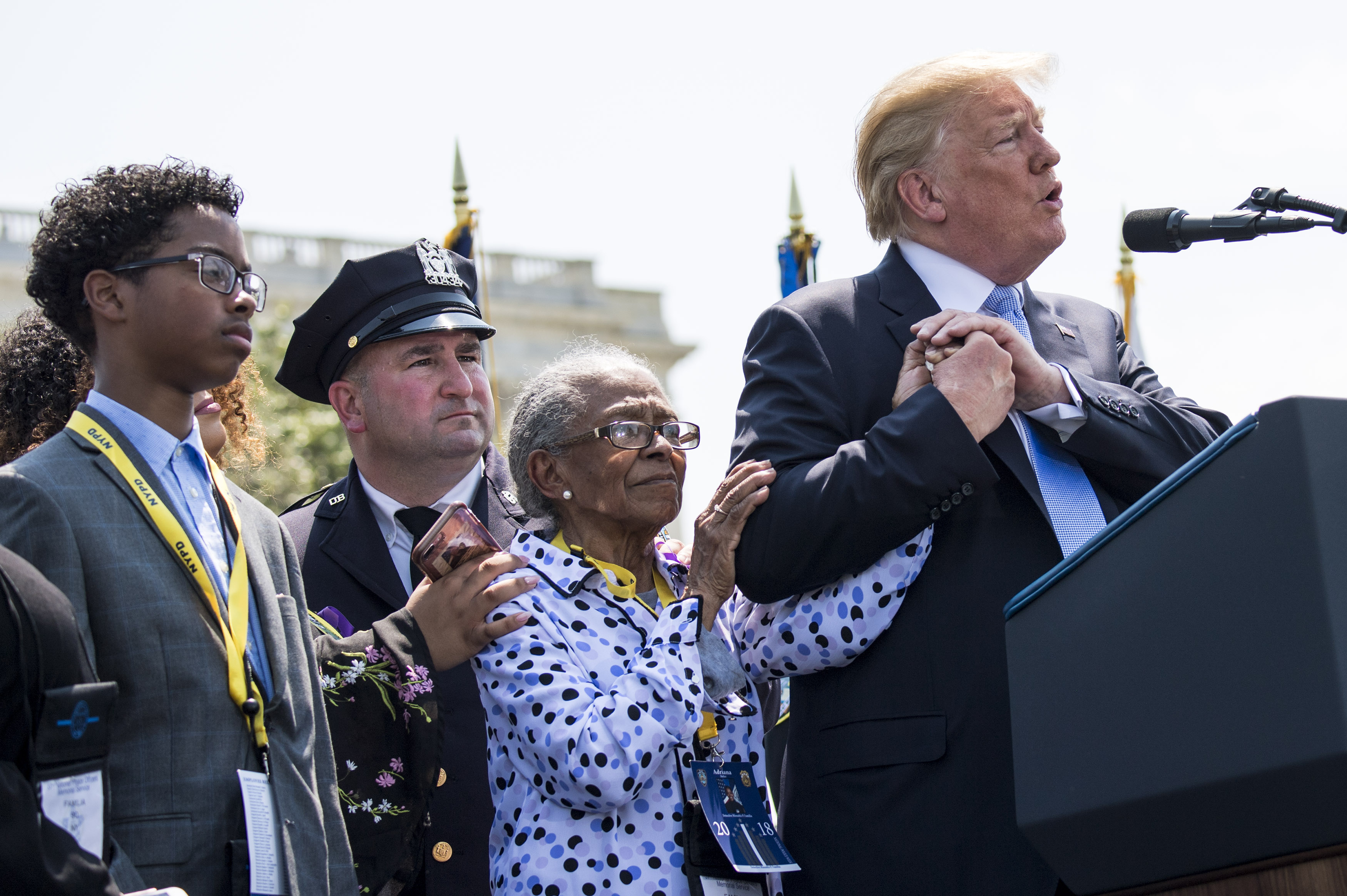 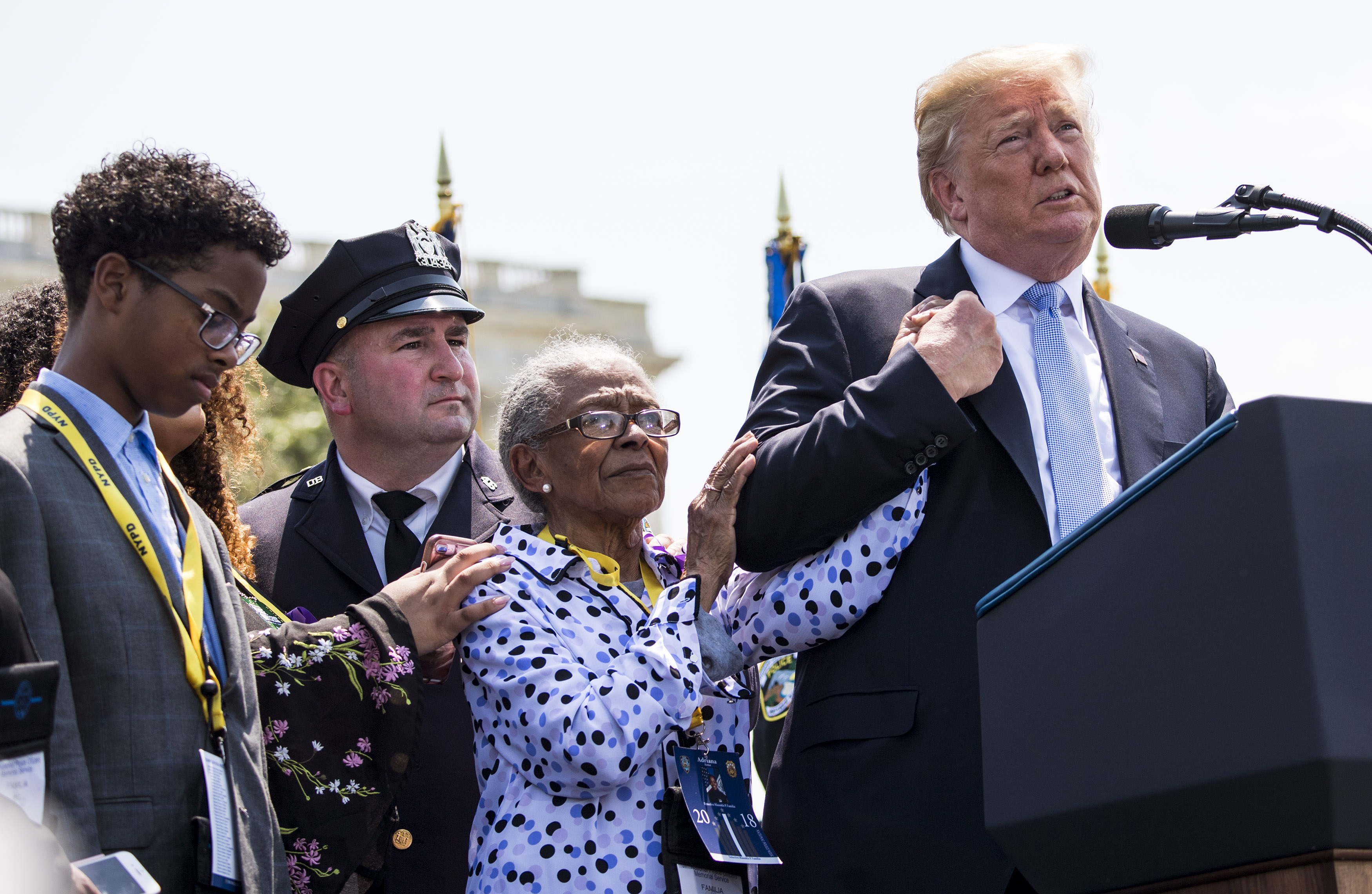 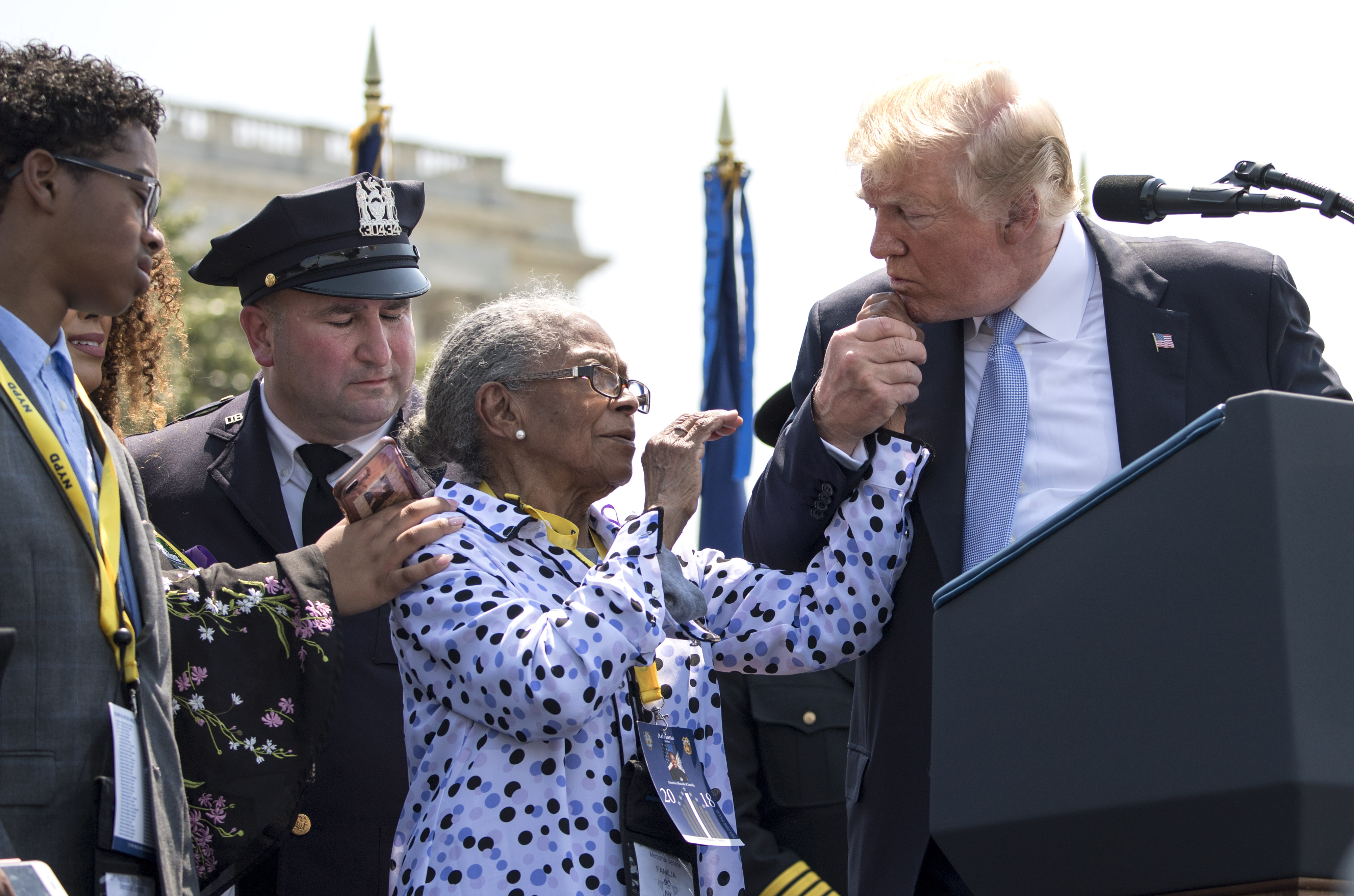 Speaking on Fox News Wednesday, Officer Maher revealed what Trump told him in the private moment.

“He just commented about what an amazing person she was,” Maher said of his partner,”He thanked me for my service and gave me an ‘attaboy.’ It was kind of cool.”

Maher said that his former partner “loved” being a police officer and that it was “very unexpected” to be put on the spot by commander-in-chief.

Maher said in conclusion that he appreciates Trump’s support of law enforcement, “I definitely feel the love from the higher ups these days as far as supporting law enforcement all over the country and it is nice to have it come from the top.”

Trump welcomed Maher to give impromptu remarks at the event.

Maher said, “[Familia] may have been lost that night, but she saved a lot of lives in turn because of her memory and everything that transpired after the fact.”