My mother, Neringa Venckiene, a former Lithuanian judge and Parliament member, is currently jailed in Chicago by the request of the Lithuanian government. We fled Lithuania from political persecution and asked for asylum in the United States in 2013. As my mom filed and has been waiting for the political asylum case to take place, I became more hopeful because I was not afraid of her safety anymore — as was a daily reality back in Lithuania. But in February of this year, my mother was detained and she now faces extradition back to Lithuania before the asylum case takes place.

If she’s sent back she will not receive a fair trial, and most likely be killed. 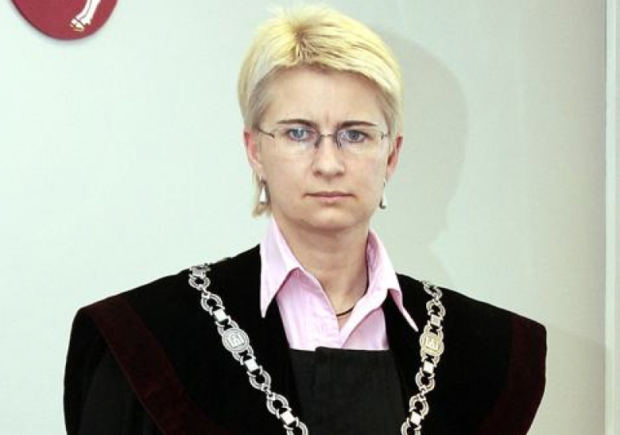 The story of my family started in 2008, when my four-year-old cousin testified that three men holding high-ranking positions sexually abused her with the involvement of her biological mother. One of the men was identified as a district court judge, and another man turned out to be an advisor to the speaker of Lithuania’s Parliament. Four separate commissions determined the girl’s testimony to be true.

My uncle — the girl’s father — filed over two hundred requests for the institutions to investigate his daughter’s claims, but the allegations were ignored. In October of 2009, the accused judge and another woman allegedly involved in the molestation were shot dead. My uncle became the prime suspect and disappeared. Six months later, my uncle’s dead body was found. The government claimed that he choked on his own vomit while intoxicated. But his body was covered in bruises and no vomit was found on the scene. An independent criminologist determined that his death was not accidental.

After the disappearance of my uncle, my mother, who was a judge at the time, got custody of my cousin. She became an outspoken critic of the corruption in the Lithuanian courts.

In June 2010, the adviser to the speaker of Parliament — charged with sexual molestation at the time — fell from his four-wheeler and drowned in 8 inches of water.

The government ruled this death an accident.

Even though the court concluded that there is sufficient evidence to bring charges against the girl’s mother, no charges were filed. And in 2011, the court ordered to return my cousin back to her biological mother. The girl refused to go. Thousands of Lithuanians surrounded our house and would not let the police pass.

On May 17, 2012, the Lithuanian government sent 240 riot police officers to our house. The operation started at 6 a.m. Nearly 100 protestors were present. The police arrested 40 of them, broke down the door of the house and carried my cousin away screaming. She was forcefully returned to the person that she was testifying against. 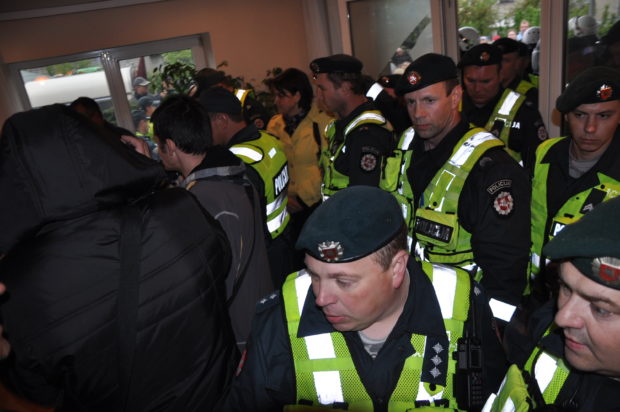 These events caused massive protests in Lithuania and abroad, eventually leading to a creation of a new political party called The Way of Courage. My mother became the party’s leader, and she was one of seven party members elected to Lithuania’s Parliament.

After my mother became a politician, she became even more outspoken against bribery and government corruption. Soon charges were brought against her. And even though Lithuania presents itself as a Western nation, the justice system is still rotten from the time of Soviet occupation.  The judges that were sending people to Siberia are now active members of the Lithuanian judicial system. And the former communists are active rulers our nation.

Freedom of speech does not exist there. In 2010, my mother, giving an interview to journalists said” “It’s not the end. I will not be silent. Things will not end like this. Maybe it will take two to five years, but everything will come to daylight eventually. Let them not think that they have covered everything up now, being corrupt bribe-takers and protecting the perverts’ clan.  It will not be like this.” For this exact phrase, my mom is accused of humiliating the court and faces two years in prison.

Over the five years that we have stayed in the United States, the number of various charges against my mother has grown to 39. But according to the prosecutor D. Jakutis, who is in charge of the investigation against my mother, some of the charges were removed because it could be a reason for her not to be extradited: “Making the extradition decision, it is analyzed if it’s not a political case, because of that those accusations were removed for N. Venckiene, the ones connected with politics.” He also said that “it would not be difficult” to add additional charges once she’s back in Lithuania.

If my mother is sent back to Lithuania, she will not receive a fair trial, and there will be a serious threat to her life.

The decision by the United States will not only affect my mom, me, and our family, but democracy and justice in Lithuania and Europe.

Karolis Venckus is an 18-year-old Lithuanian national. He came to the United States in 2013 with his mother, Neringa Venckiene, seeking political asylum.