Michael B. Jordan took a swipe at Roseanne Barr Monday night during the 2018 MTV Movie and TV Awards for the Best Villain award.

“I’m shocked that I won this award for Best Villain,” the 31-year-old “Black Panther” star joked during his acceptance speech. “I thought Roseanne had this in the bag.” 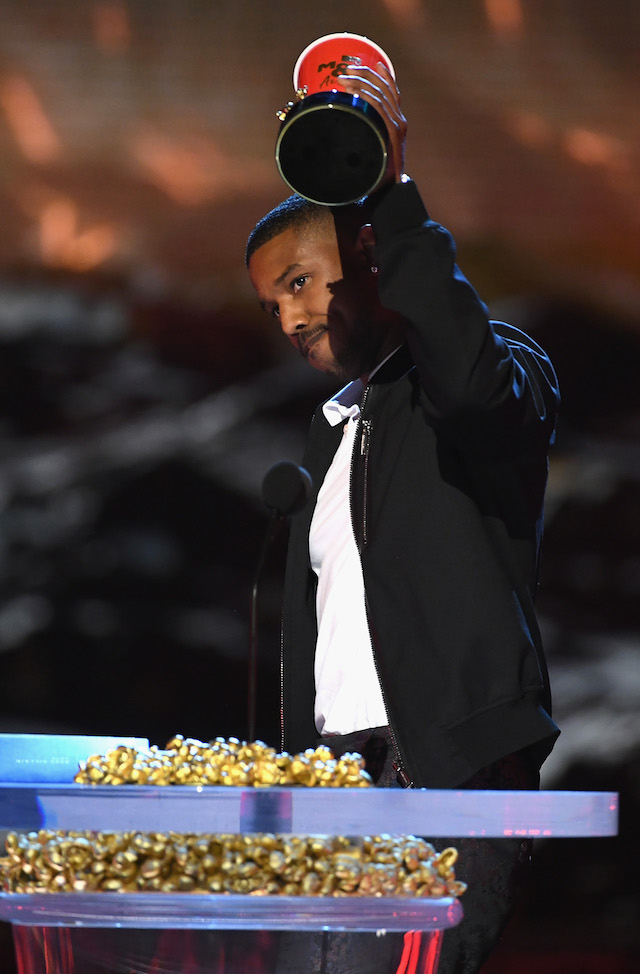 Actor Michael B. Jordan accepts the Best Villain award for ‘Black Panther’ onstage during the 2018 MTV Movie And TV Awards at Barker Hangar on June 16, 2018 in Santa Monica, California. (Photo by Kevin Winter/Getty Images for MTV)

#MTVAwards: @michaelb4jordan wins Best Villain for #BlackPanther saying “I thought for sure Roseanne had that in the bag” pic.twitter.com/DCPMQQwJxH

Earlier in the show, actress Olivia Munn introduced the Best Hero award nominees by recognizing who she called the real heroes like teachers, first responders and “that guy who canceled ‘Roseanne,'” according to Variety.

The comments came following the cancellation of the popular reboot over the 65-year-old comedian’s comment about former Obama aide Valerie Jarrett. Barr’s original tweet read, “Muslim brotherhood & planet of the apes had a baby=vj.”

She apologized for the racist tweet and has since vowed to “make restitution for the pain she caused.”