The Islamic State has claimed responsibility for a suicide bombing in Afghanistan that killed at least 12 people on Tuesday, according to a Reuters report.

“A martyrdom attack using an explosives jacket hit a gathering of Afghan intelligence,” Islamic militants said in a statement boasting of the attack that killed 10 civilians, many of whom were children working at a nearby car wash, and two intelligence officers.

The attacks took place in Jalalabad, the capital of Nangarhar province where ISIS still has a stronghold in the remote area of Afghanistan. The U.S. and Afghan special forces have been working together to end ISIS’ presence in the region, but the attacks continue to persist. Thirteen members of the Sikh community in Jalalabad were killed in another ISIS suicide bombing last week, according to Reuters.

Four others were injured in Tuesday’s attack that caused a fire that destroyed nearby shops and vehicles and left bodies charred and hard to identify, Attahullah Khogyani, a spokesman for the provincial governor, said to Radio Free Europe/Radio Liberty news. 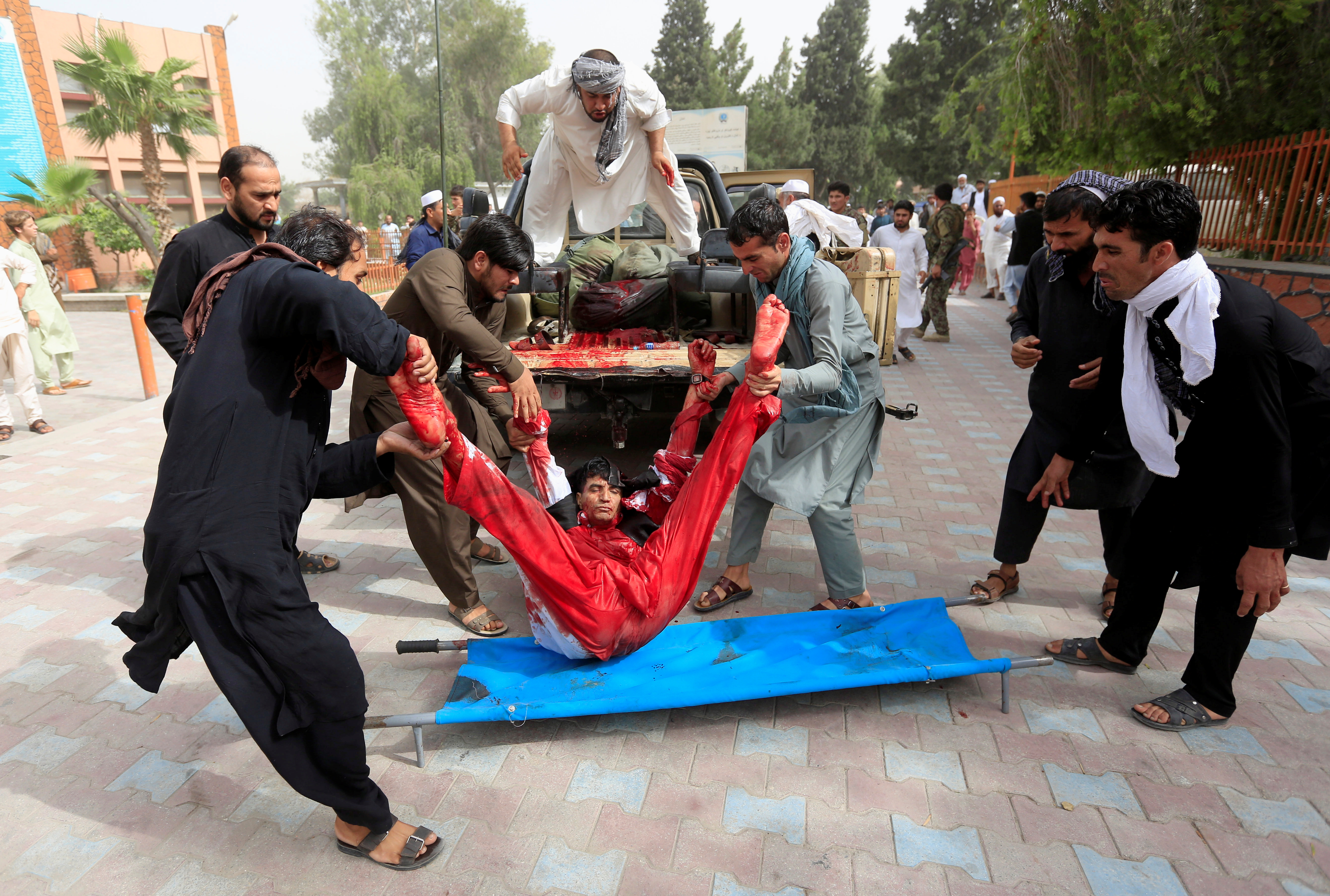 An injured man is moved to a stretcher to be brought to a hospital after a car bomb in Jalalabad city, Afghanistan June 17, 2018. REUTERS/Parwiz

The attack comes just a day after Secretary of State Mike Pompeo made an unannounced visit to Afghanistan to reassure that nation that the U.S. was committed to participating in Afghan-led negotiations with the Taliban to end ISIS attacks in the region. (RELATED: The Fatal Flaw In U.S. Afghanistan Policy)

“An element of the progress is the capacity that we now have to believe that there is now hope,” Pompeo said at a joint press conference with Afghan President Ashraf Ghani on Monday.