President Trump called out the U.K. for being in “somewhat turmoil” at the White House Tuesday.

Trump told reporters, “So, I have NATO, I have the U.K., which is in somewhat turmoil, and I have Putin. Frankly, Putin may be the easiest of them all. Who would think? Who would think? But the U.K. certainly has a lot of things going on.” 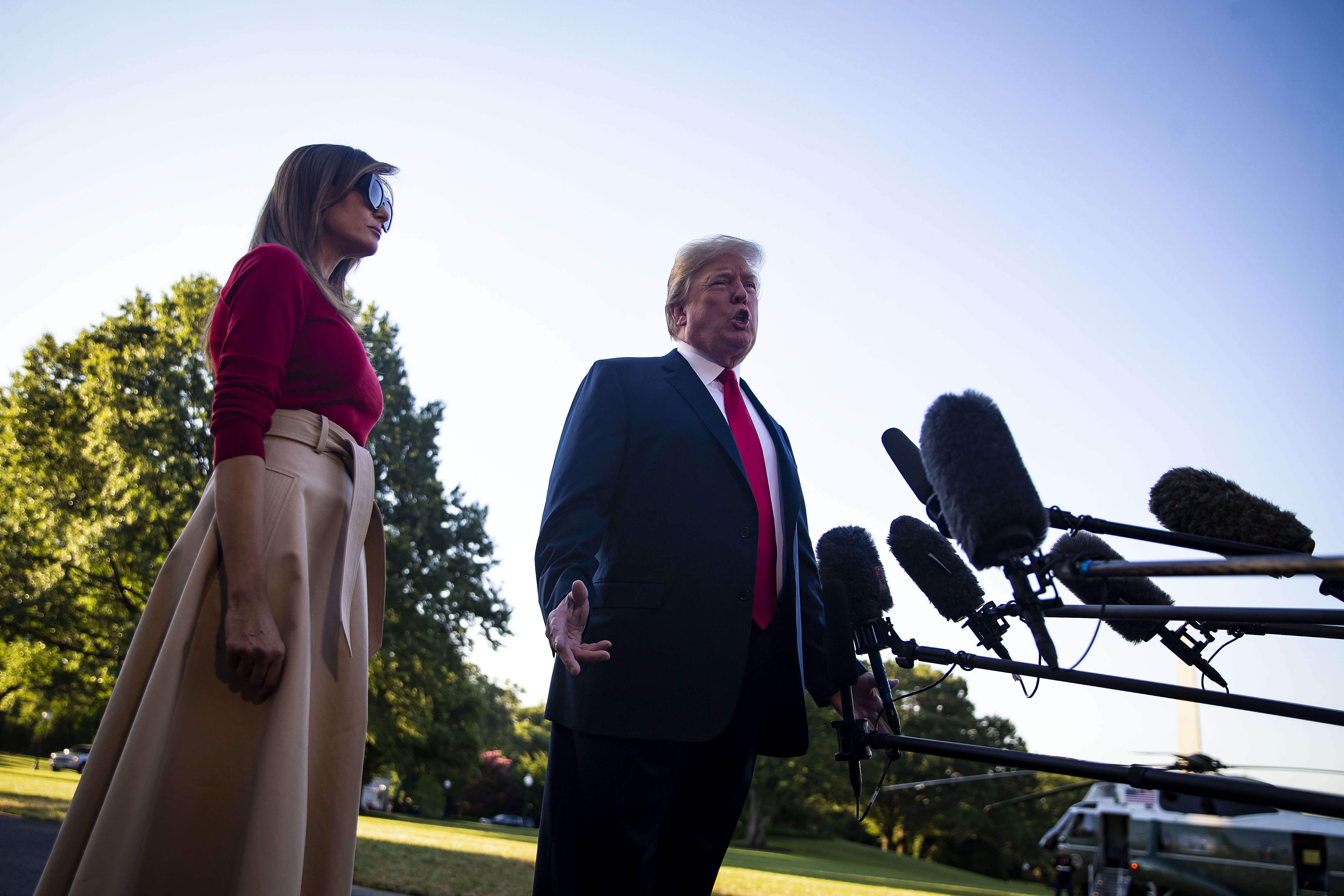 WASHINGTON, DC – JULY 10: U.S. President Donald Trump speaks beside First lady Melania Trump on the South Lawn before boarding Marine One and departing the White House, on July 9, 2018 in Washington, DC. Trump is heading to Brussels for the NATO Summit. (Photo by Al Drago/Getty Images)

Indeed, the U.K. does have its fair share of problems.

Brexit’s future is uncertain as ever, and Theresa May’s government has been rocked by the resignation of Foreign Minister Boris Johnson over concerns about Brexit’s implementation.

I am proud to have served as Foreign Secretary. It is with sadness that I step down: here is my letter explaining why. pic.twitter.com/NZXzUZCjdF

And as crime in London now tops New York City, the U.K.’s government is busy focusing on keeping out political commentators for criticizing Islam.