Having rescued the youth soccer team trapped inside Tham Luang, Thailand is reportedly already thinking about what will come next for the cave that has been in the spotlight these past few days.

“This area will become a living museum, to show how the [rescue] operation unfolded,” Narongsak Osottanakorn, the governor of Chiang Rai province and head of local rescue efforts, said at a press conference Wednesday. “It will become another major attraction for Thailand.”

Tourism accounts for a significant portion of Thailand’s annual GDP.

Thai officials confirmed to Reuters that plans are in the works to turn the cave into a national tourist attraction, but Prime Minister Prayuth Chan-ocha emphasized the need for additional precautions to ensure that tourists remain safe inside the cave, which is prone to flooding.

Rescuers managed to save all of the stranded soccer players and their coach, freeing the last of the trapped team Tuesday. (RELATED: REPORT: All Boys And Coach Freed From Thai Cave) 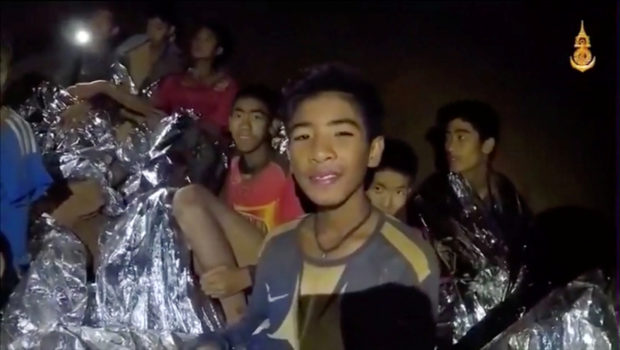 Boys from the under-16 soccer team trapped inside Tham Luang cave covered in hypothermia blankets react to the camera in Chiang Rai, Thailand, in this still image taken from a July 3, 2018 video by Thai Navy Seal. Thai Navy Seal/Handout via REUTERS TV

The “Wild Boars” first found themselves stuck in the cave on June 23, when heavy rains filled the tunnels with water making them impossible to traverse without the necessary equipment.

The international rescue effort, which involved aid workers and military personnel from around the world, was successful. However, there was one casualty. During the mission, 38-year-old Thai Navy SEAL Saman Kunan died after running out of air inside the cave. Getting the boys out of the cave was a serious challenge for everyone involved.

The boys are currently in the hospital, but they are healthy, according to relevant reports. 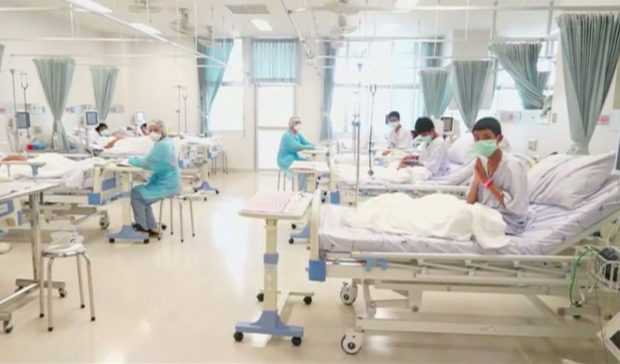 Boys rescued from the Thai cave wear masks and rest at a hospital in Chiang Rai, Thailand in this still image taken from a July 11, 2018 handout video. Government Public Relations Department (PRD) and Government Spokesman Bureau/Handout via REUTERS TV