“Where are our military folks? The Commander in Chief is in the hands of our enemy!” Cohen wrote on Twitter, using language suggestive of a military coup. 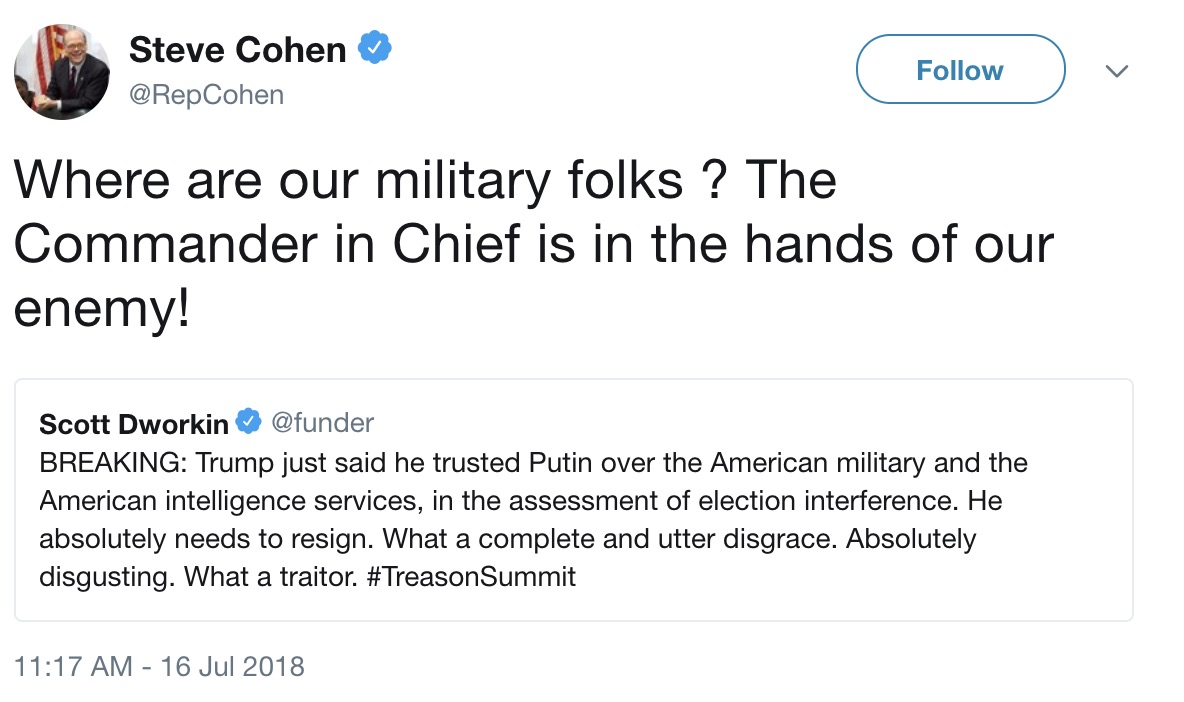 “Where are our military folks? The Commander in Chief is in the hands of our enemy!” (Screenshot/Twitter)

Cohen later said that he was in no way calling for a coup.  “No coup called for,” he wrote, claiming it unlikely that someone would call for a coup on Twitter.

Trump claimed on Monday that he confronted Putin about Russian election meddling but later sounded skeptical about the U.S. Intelligence Community’s conclusion that Russia was meddling in American politics during the 2016 presidential campaign.