A recent study conducted by the Media Research Center shows disturbing and blatant patterns of bias in the mainstream media as it relates to immigration reporting.

MRC reports that since President Trump was inaugurated 18 months ago, ABC, NBC and CBS evening news have dedicated around one-sixth of their airtime (or 995 minutes) to immigration policy.

Of those 995 minutes, 512 minutes —just over half of the available time — were dedicated exclusively to the travel ban and zero-tolerance policies of the administration. 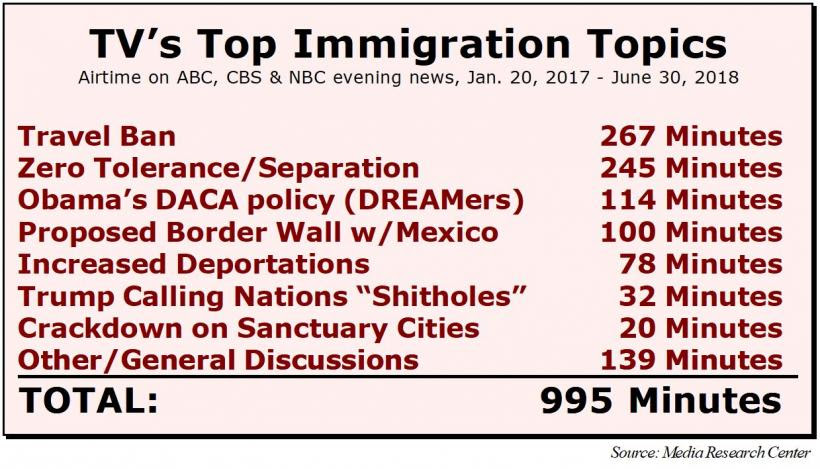 Of the time spent covering immigration generally, MRC found that an astonishing 92 percent was deemed negative.

“The negative coverage is largely due to how these newscasts have framed nearly all immigration stories around the plight of those adversely affected by the administration’s enforcement agenda, all virtually ignoring law enforcement or anyone harmed by illegal immigration,” MRC writes. 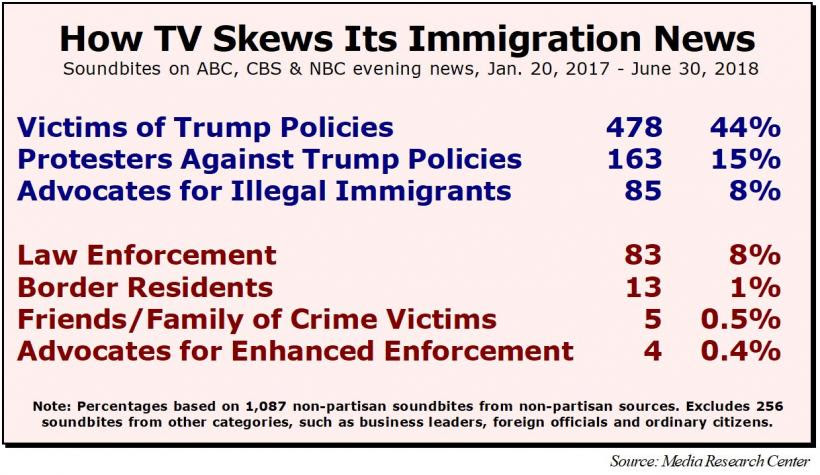 The MRC study went even further, tallying and categorizing the soundbites that were used by these networks in their coverage.

The counter to these soundbites took the form of 83 law enforcement interviews, 13 U.S. border residents, five citizens impacted by illegal immigration and just “four soundbites from activists associated with groups committed to enforcement of immigration laws” according to MRC.