New York University journalism prof Jay Rosen seems to think he commands a certain respect on Twitter. His attitude is generally don’t criticize or challenge what he says.

But The New Yorker‘s Susan Glasser took the geeky prof to task on Friday after he basically tried to tell her to calm down and get with the program that journalists are “at war” with the White House.

The tiff sprouted from Glasser’s newly published piece in The New Yorker on the uptick of lies told by President Trump as reported in Glenn Kessler‘s WaPo‘s factcheck column. She stressed the “epic turnover rate” of Trump’s White House staff. She wrote that White House Press Sec. Sarah Sanders repeated a number of Trump’s false claims and complained that she hasn’t held daily briefings.

“At this point, the falsehoods are as much a part of his political identity as his floppy orange hair and the ‘Make America Great Again’ slogan,” Glasser wrote. “The untruths, Kessler told me, are Trump’s political ‘secret sauce.'”

The clash with Rosen — who was on a train in rural Denmark when he had this row with Glasser, which makes him even more of an incredible loser — involved Trump’s stance that the “fake news” media is the “enemy of the people,” and Sanders’ refusal to disavow her boss’s words.

What started the disagreement: 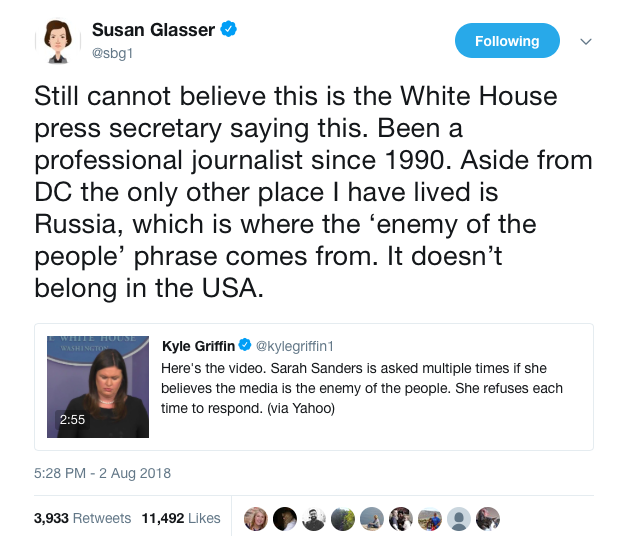 Rosen tried to geeksplain why Glasser is wrong in her thinking. 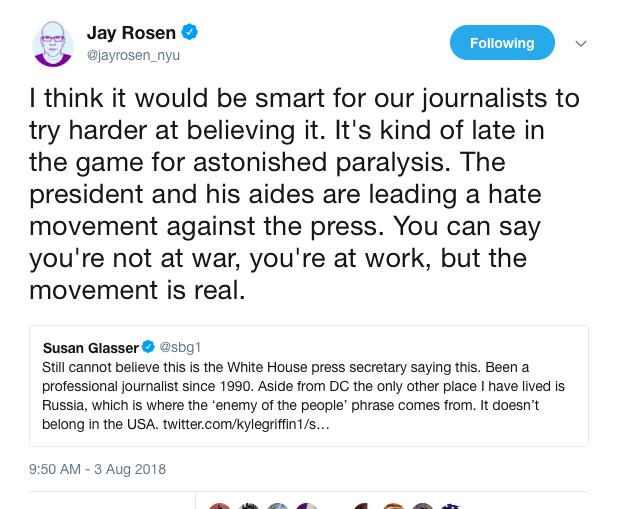 Glasser wasn’t having it. 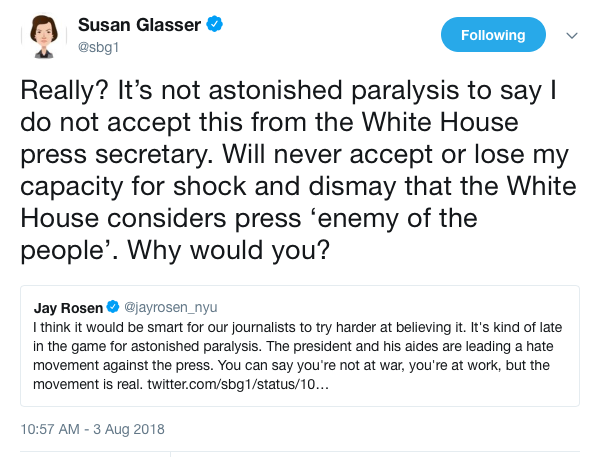 Rosen replied, “A good reason not to stay in shock mode might be to start figuring out what can replace ‘we’re not at war, we’re at work.'”