Everyone gets homesick sometimes, even “warrior monks.”

Secretary of Defense James Mattis was in his hometown of Richland, Washington, this weekend in order to deliver remarks at Washington Policy Center’s Young Professionals Summer Social.

The revered Marine four-star general was raised and went to high school in Richland, a town of approximately 50,000. Mattis is known for crashing local shops, diners and bars while back in his hometown, and this weekend was no exception.

Photos on social media show Mattis enjoying local doughnuts and beer while back in his hometown. Mattis visited local favorite Spudnut Donut shop to satisfy his sweet tooth. The Richland native has frequented the shop before.

Here we go again! This time Kevin was on a hiking vacation so Val horned in on the action.

Mattis also hit some local pubs and bars. According to posts on social media showing the SECDEF drinking a beer, accepting challenge coins and taking selfies in a local bar.

SecDef Mattis spent some time in his home state of Washington over the weekend, where he drank with the locals and was given a challenge coin. pic.twitter.com/lbsNIyCHIq 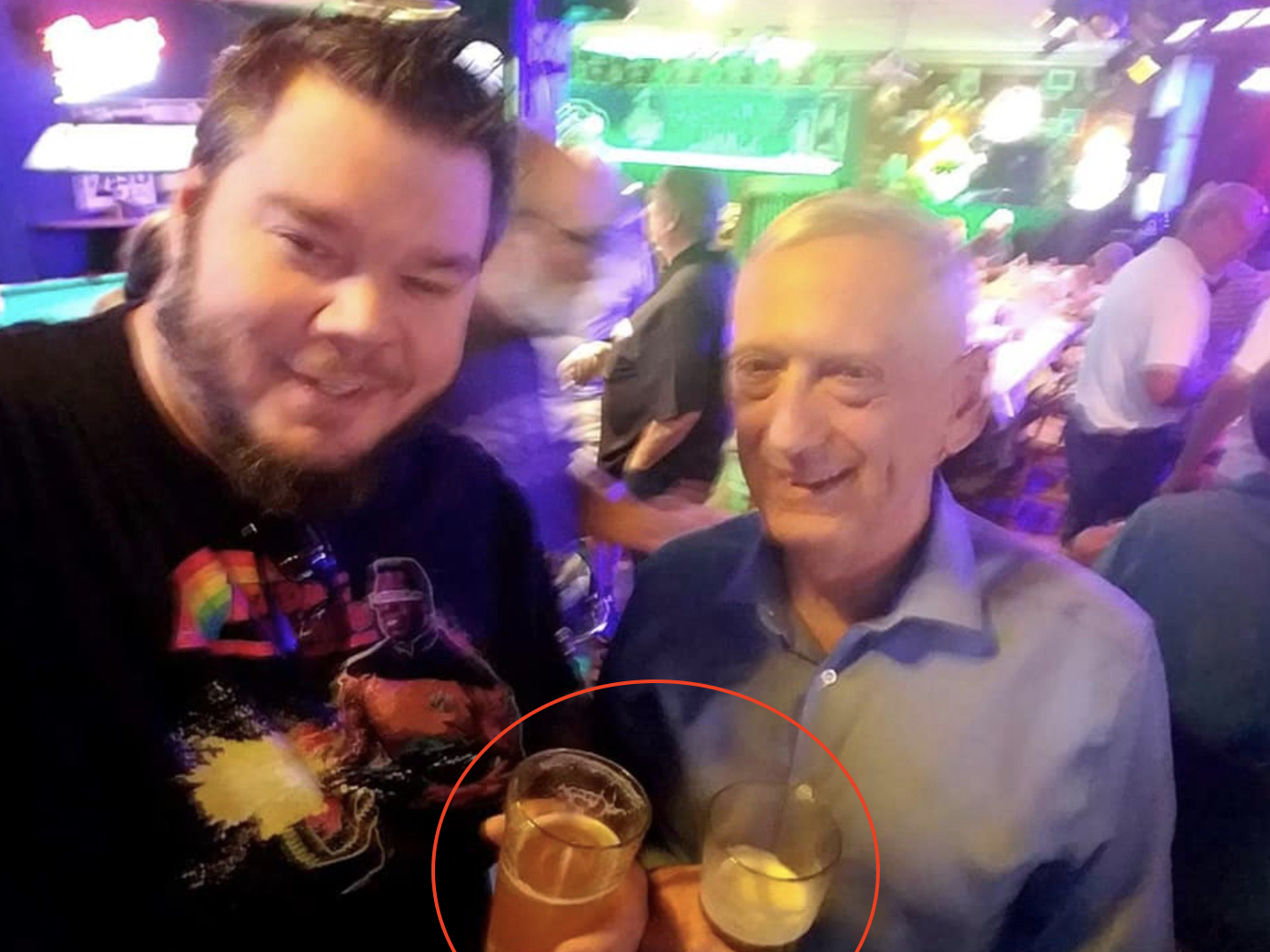