Vice President Pence joined Secretary of Defense James Mattis onstage Thursday to introduce the new Space Force branch of the military. The audience at the Pentagon erupted in thunderous applause when the two men took the stage. Mattis turned to Pence during the ovation and said “I assure you, Mr. Vice President that is for you and not for me.”

When Pence laughed and began clapping along himself, Mattis demurred saying “Thank you for welcoming the Vice President ladies and gentlemen. They usually don’t do anything like that when I’m talking alone, sir.”

Mattis then introduced the Space Force saying “Space is one of our vital national interests,” Mattis said, “and we must adapt to that reality.” 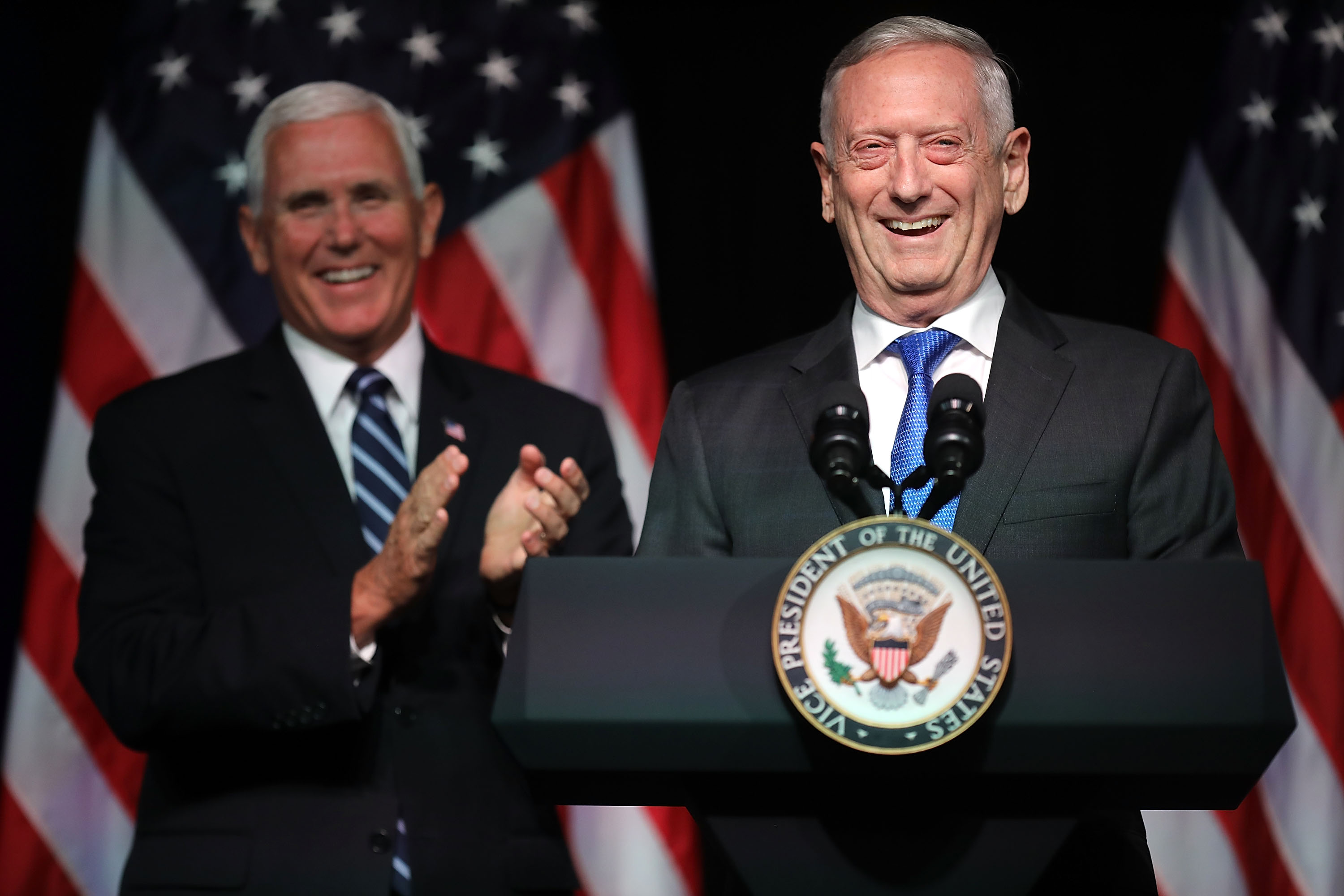 As Mattis passed the mic off to Pence he turned to shake the Vice President’s hand and whispered “Thank you very much, thanks for being here.”

Pence, not missing a beat said, “I think it was all for you. I really do,” in reference to the thunderous ovation. Mattis quickly replied, “I don’t think so Mr. Vice President, sir.”

Pence proceeded to say during his speech that space is the new “battlefield” and America must “prepare” for it.