MSNBC ran a misleading and suggestive chyron that definitively stated President Trump used the N-word, despite having no evidence to back up such a claim.

The chyron appeared during an “Andrea Mitchell Reports” segment and read, “Trump ignores questions on punishing critics, use of racial slur.” 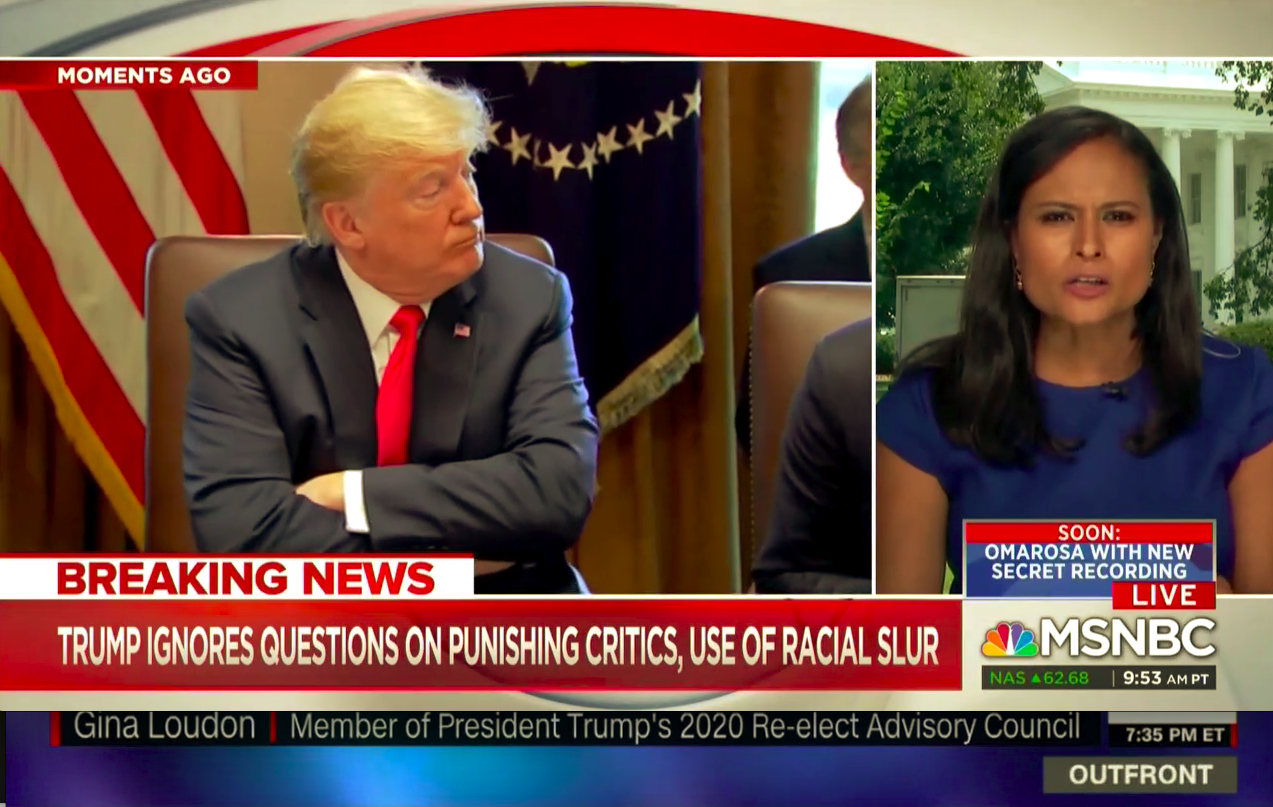 .@MarkBurnettTV called to say that there are NO TAPES of the Apprentice where I used such a terrible and disgusting word as attributed by Wacky and Deranged Omarosa. I don’t have that word in my vocabulary, and never have. She made it up. Look at her MANY recent quotes saying….

Actor and frequent Trump critic Tom Arnold is not buying the president’s assertion. He is currently producing a series with Viceland titled “The Hunt For The Trump Tapes.” Hollywood reporter quoted Arnold as saying,

Tom Arnold: “There’s two people who have never called me a liar about the N-word tape: Donald Trump and Mark Burnett, because they know it’s true” https://t.co/nLGB0W5xWG

This controversy arrises as Omarosa leaves the White House and the public awaits a tell-all memoir from her days in the Trump administration.

Trump has taken legal action against Omarosa for violating her nondisclosure agreement.