An organization linked to a designated terrorist group participated at the “Super Eid” event at U.S. Bank Stadium in Minneapolis Tuesday and Wednesday to celebrate the Muslim holiday Eid al-Adha.

Thousands of Muslim participants at the event in the Minnesota Vikings stadium chanted “Allahu akbar” while praying, WND reported. The phrase loosely translates into “God is the greatest,” however, it is also frequently used in acts of radical Islamic terrorism. 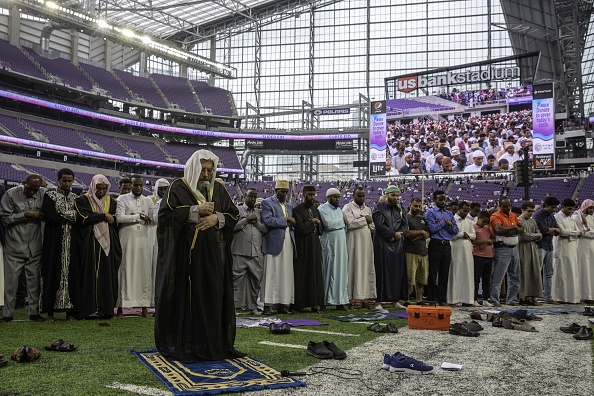 Muslim worshippers pray at the US Bank Stadium during celebrations for Eid al-Adha on August 21, 2018 in Minneapolis, Minnesota. (Photo: KEREM YUCEL/AFP/Getty Images)

The U.S. Muslim Brotherhood secretly created the Muslim American Society in 1993 when its leaders began to fear the attention being drawn to some of its members who supported Hamas, another terrorist organization, the Chicago Tribune reported in 2004.

CAIR was considered a co-conspirator in the Holy Land Foundation case in 2007, whose leaders were found guilty of aiding Hamas. (RELATED: ISIS Claims Responsibility For Toronto Mass Shooting)

When the Muslim American Society found out it was included on United Arab Emirates’s list of terrorist groups, the group was shocked, as it claims it has never had any contact with the country.

“The Muslim American Society was shocked to read news reports claiming that the United Arab Emirates has listed the Muslim American Society, along with numerous other organizations, as a terrorist organization,” the organization said in a statement in 2014. “Before proceeding any further, we would first like to verify the accuracy of the news reports and receive an official response from the United Arab Emirates regarding the reports.”