The first promo for the reboot of 90s TV show “Murphy Brown” took a swipe at President Donald Trump Thursday.

In the video shared on Twitter, viewers witness a text message conversation between the star of the series Candice Bergen (who plays Murphy Brown) and Joe Regalbuto, who asked his co-worker if she watched Trump’s rally the night before and caught the music they played at the event in West Virginia. 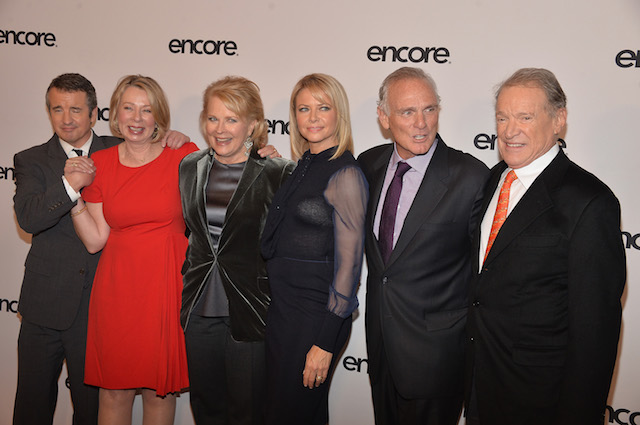 “They played Tina Turner’s ‘Simply the Best’ before he went on,” Regalbuto texted.

Bergen then replies, “In light of Stormy [Daniels], ‘Private Dancer’ would have been better.”

Earlier this month, executive producer/creator Diane English admitted that Trump would be part of the reboot of the TV series that first aired between 1988 and 1998.

“Our show’s always been like that,” English said. “Before [in the original version], Clinton was president, Bush was president. We treat our characters as though they live in the real world.”

She added that the show plans to deal with issues like Trump’s immigration policies because they “want to put a face on what a lot of people just see as statistics.”

She also explained that the series would “not demonize” people who voted for  Trump.

“There are people — good people — who voted for Donald Trump but who also voted for Barack Obama in the previous elections,” English explained.  “These are people who have been passed over. Those are the people I’m interested in. A lot of them are in my family. They’re not crazy zealots at the rallies. They had real legitimate reasons for voting for him.”