Peters survived serious injury thanks to a malfunctioning switchblade, the Alameda County Sheriff’s Office said Tuesday. The attempted stabbing was preceded by Fazeli making “disparaging remarks” about the Republican Party, according to the sheriff’s office. (RELATED: Scalise Warns ‘Some On The Left’ Are ‘Inciting’ Violence) 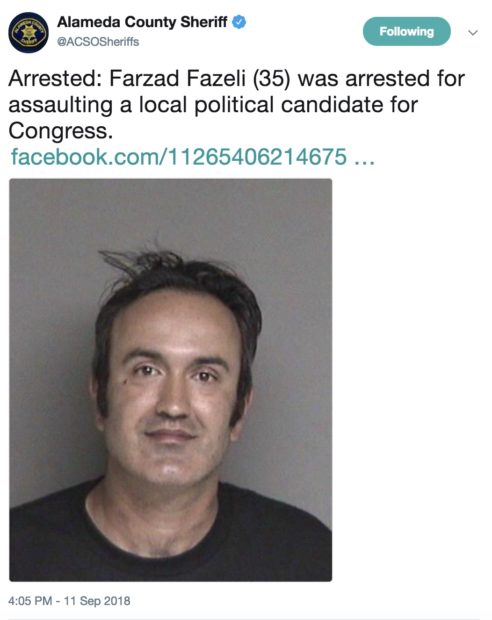 “During the incident, Fazeli is suspected to have pulled out a switchblade knife and attempted to stab the victim. The knife malfunctioned and the victim became involved in a physical struggle with Fazeli.”

“I’m glad to hear Mr. Peters is okay,” Swalwell wrote on Twitter Tuesday afternoon. “But it’s NEVER okay to use violence to settle political disagreements (or any disagreement).”