Syndicated radio host Dana Loesch, who is currently a spokesperson for the NRA, has been called a lot of things. But prostitute? And working a corner for Russians?

Washed up talk show host and Twactivist Montel Williams went after Loesch this week for having opposing politics.

After Montel called Loesch an “intellectual prostitute,” he quickly deleted and denied it.

“I never called her a prostitute,” Montel insisted. “I said, possibly inartfully, that her media schtick is entirely contrived — it’s bought and paid for.”

He also called her a “snowflake” and “a loser.”

The dustup began when Loesch defended Benghazi combat veteran and former Army ranger Kris Paronto for his heroism. Paronto recently said he wanted to “choke” former President Obama due to his reference to “conspiracy theories” and the 2012 attack in Benghazi in which four Americans died.

“Apparently trashing a combat vet wasn’t enough, so Montel has to slur me as being a prostitute because I made remarks in defense of said combat vet,” Loesch wrote on Twitter. “I guess he showed me.”

Montel really put his foot in shit when he wrote this:

“My question is why the fuck would I care about what an intellectual prostitute like Dana says about me [sic]” (Montel is apparently not a big fan of punctuation.)

On September 11, he remarked, “Lol Dana is trash – so is her husband.”

He’s just not that self-aware.

For years, Montel has promoted payday loans, which hurt poor people by slapping them with impossibly high interest rates to keep them trapped for a little dough.

Here’s proof of what Montel fired off to Loesch on Twitter. (The graphic was created by my colleague Virginia Kruta.) 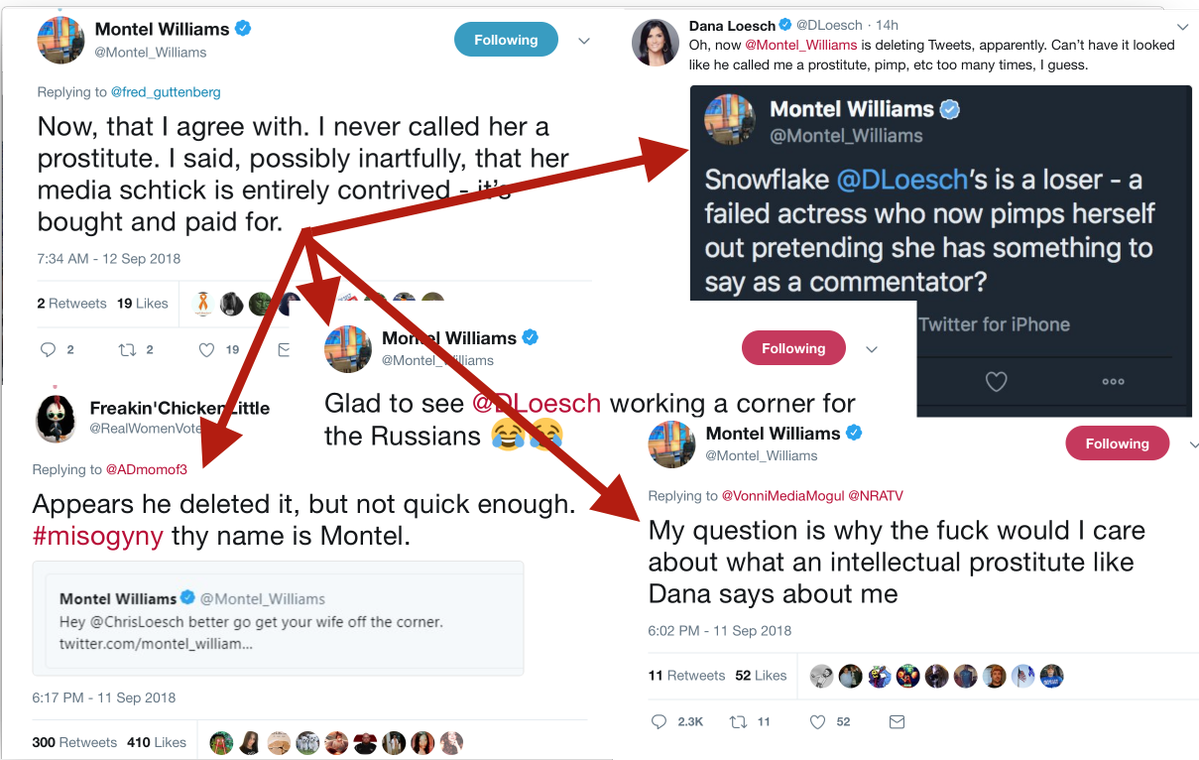 Loesch tried to have a somewhat reasonable conversation with Montel about their exchange. But he wasn’t having it.

LOESCH: Tonight you’ve repeatedly called me a prostitute (and tried deleting tweets), a pimp and told my husband to “get me off the corner” because I defended a Benghazi combat vet you smeared. Learn to disagree with women without being a complete chauvinist.

MONTEL: Yes – you shill for whomever pays you. This has never been about your views – you are unmoored to principle, and having failed as an actress, you decided to become a cheerleader for the wackadoo right. I used to love your show too.

Of course, I was dying to know what Jonathan Franks, Montel’s “political director” and flack had to say about all this. (I recalled, somewhat fondly, the time he called me a “whore” and we wound up in New York Post‘s Page Six. We have a special relationship.)

Franks replied with a picture of a tweet from 2011. 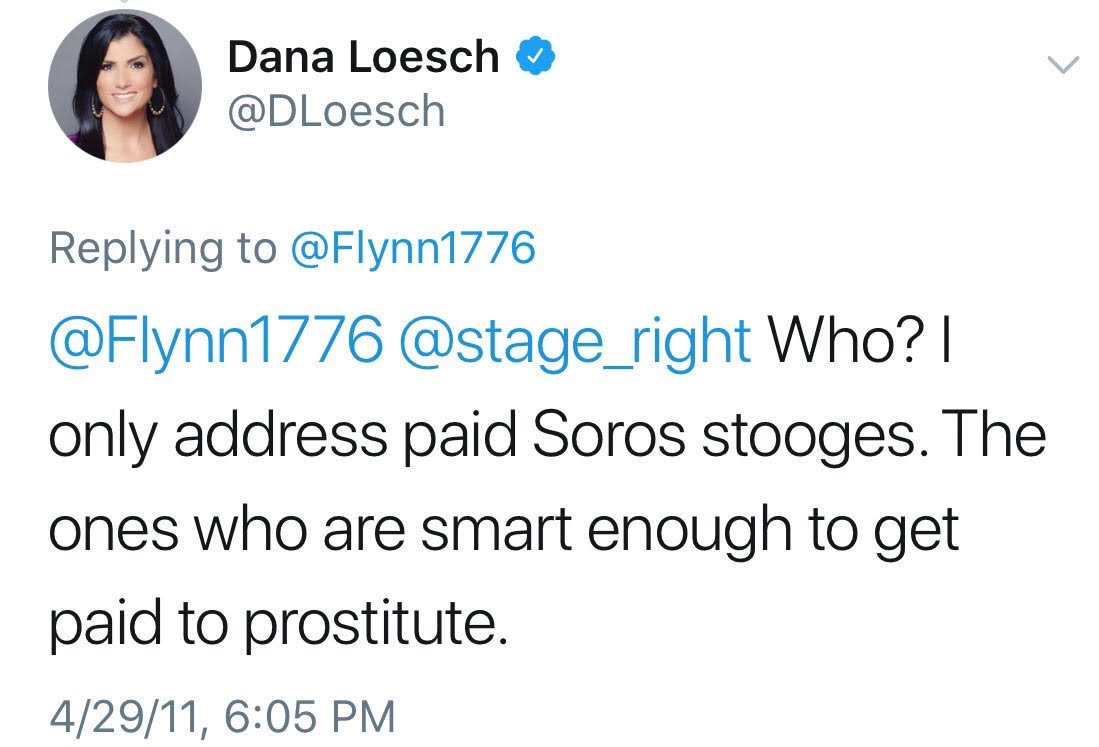