The study found that the sexual misconduct allegation against Kavanaugh has had “virtually no effect on public support for his nomination.” 35 percent of those polled that they’ve heard a lot about the accusations even after wall-to-wall coverage by national media over multiple days. “Fewer than a quarter of respondents to the latest HuffPost/YouGov survey say they’re following Kavanaugh’s confirmation hearings very closely,” the study found.

The HuffPost/YouGov polling asked a statistically significant cross-section of the American public if the accusations made by Christine Blasey Ford were “credible. “Do you think that the allegation of sexual assault against Brett Kavanaugh generally is or is not credible?” The polling asked. The responses showed that 28% of males and 25% of females believe the allegations are credible. 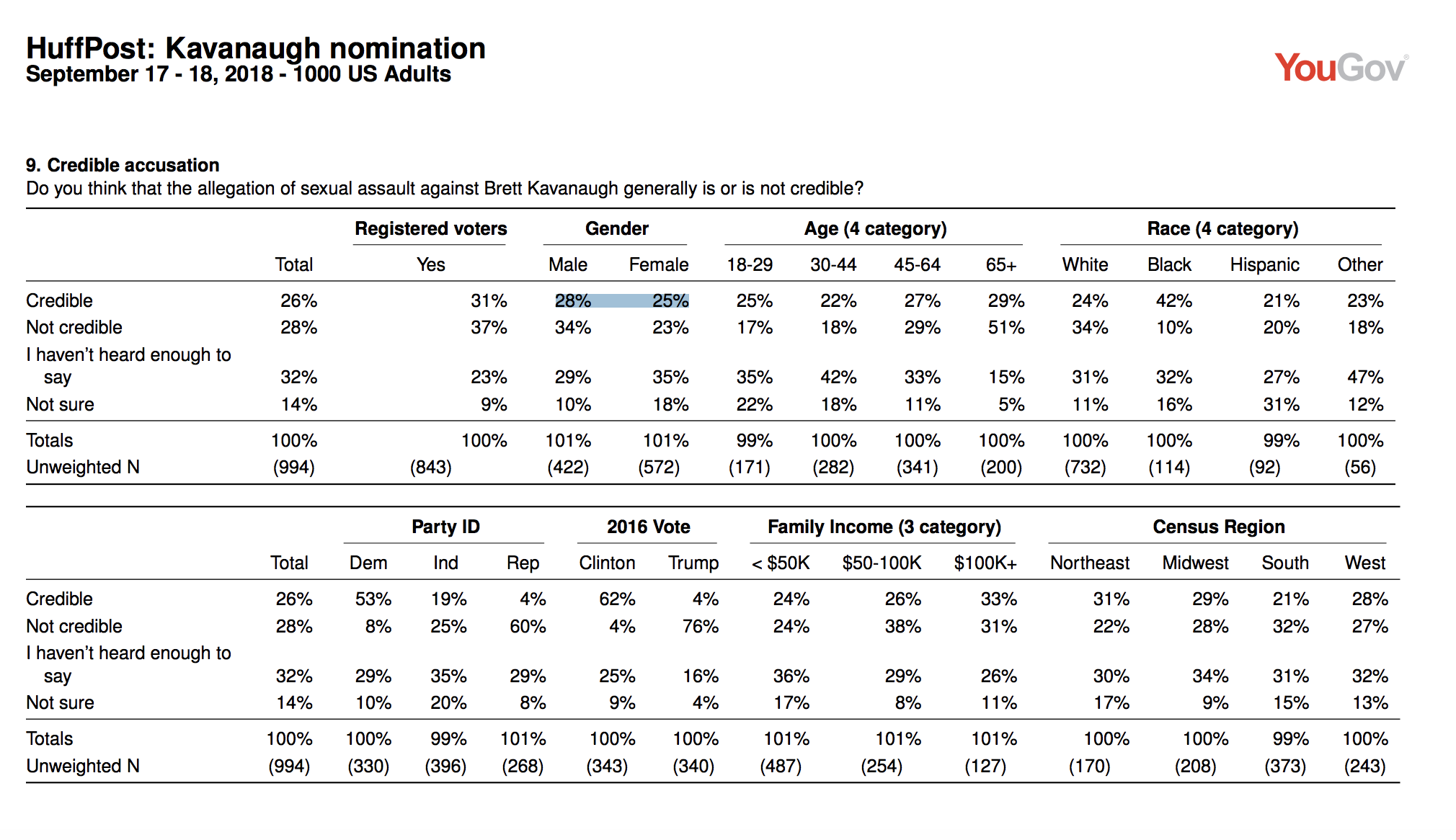 The poll also found that 32 percent support Kavanaugh’s confirmation and 32 percent oppose it, with 36 percent unsure. These numbers are statistically identical to the numbers of supporters before the allegations of sexual assault were made.