Bill Cosby will face a maximum of 10 years behind bars after prosecutors and defense attorneys agreed to combine the counts against him into one after he was found guilty of sexual assault in April.

The 81-year-old disgraced actor appeared Monday in a Pennsylvania court room for his sentencing where he was facing a maximum of 30 years behind bars after a jury decided he was guilty on three counts of aggravated indecent assault for drugging and sexually assaulting Andrea Constand at his home in Philadelphia in 2004, according to CNN. 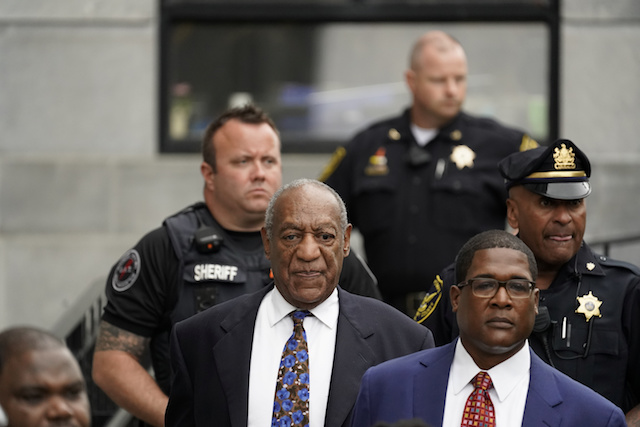 “This is about a person who put himself in a situation of being a mentor, but we know he had other intentions just from the beginning,” District Attorney Kevin Steele explained during the hearing. “We know that from the statements he made.”

“What he saw in Andrea the first time he laid eyes on her. What his plan was,” he added. “To get to the point they were going to get to. And that didn’t involve consent.”

But Cosby’s defense lawyer Joseph P. Green argued that the actor was “not dangerous.”

“Mr. Cosby is not dangerous,” Green said. “Eighty-one-year-old blind men who are not self-sufficient are not a danger, unless perhaps to themselves.”

Judge Steven O’Neill then ruled that “counts two and three have been merged into count one.”

According to state guidelines, the actor could get 22 to 36 months in prison, plus or minus 12 months for the aggravating circumstances with the new deal.

Constand also briefly took the stand and said all she wants is “justice as the court sees fit.”

“I have testified, I have given you my victim impact statement,” Constand shared. “You heard me, the jury heard me and Mr. Cosby heard me. All I’m asking for is justice as the court sees fit.”

Sentencing is expected to continue Tuesday with Cosby learning his fate.

The “Cosby Show” star currently remains on house arrest out on $1 million bail.