A federal judge who says she may be the woman described in a cryptic, anonymous letter accusing Supreme Court nominee Brett Kavanaugh of assault in 1998 told the Senate Judiciary Committee that Kavanaugh never attacked her, The Daily Caller News Foundation has learned.

TheDCNF obtained email traffic between Republican committee staffers and Judge Dabney Friedrich who says she dated Kavanaugh in 1998, the approximate timeframe during which an unnamed person told senators that Kavanaugh “sexually and aggressively” pushed a woman he was dating up against the wall.

“To the extent the attached letter is referring to me as the ‘friend who was dating him,’ the allegations it makes are both offensive and absurd,” Friedrich wrote in a letter to the committee. “At no time did Brett ever shove me against a wall, including in an ‘aggressive and sexual’ manner. When we dated, Brett always treated me with the utmost respect and we remain friends to this day. I have never observed (nor am I aware of) Brett acting in a physically inappropriate or aggressive manner toward anyone.”

Like Kavanaugh, Friedrich is also a federal judge. President Donald Trump appointed her to the U.S. District Court for the District of Columbia in 2017. (RELATED: Kavanaugh Allies Galvanized, Resolute After New Allegations Emerge Against Him)

It is possible Kavanaugh dated other women in 1998, or that the anonymous letter mistakenly asserts Kavanaugh was dating the woman he allegedly assaulted.

NBC first reported on the letter late Wednesday. A copy of the letter released by the Senate Judiciary Committee shows it is unsigned, contains no names, and did not include a return address. 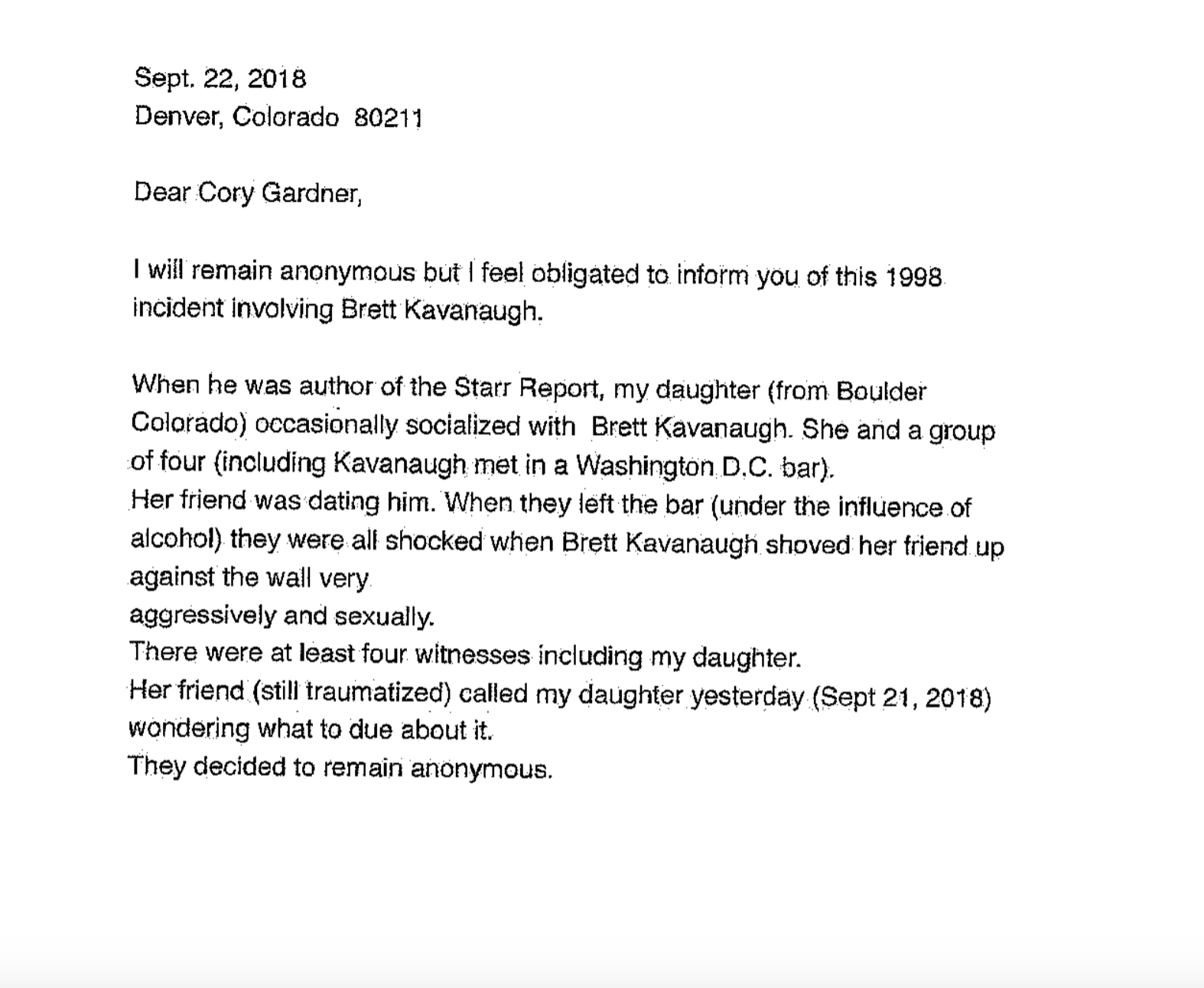