Graham called the entire process an “unethical sham” and slammed Democrats for sitting on the sexual assault allegations for weeks after they first received them.

“What you want to do is destroy this guy’s life, hold this seat open, and hope you win in 2020,” Graham said to Senate Judiciary Democrats. “You’ve said that. Not me. You’ve got nothing to apologize for. When you see Sotomayor and Kagan, tell them that Lindsey said ‘hello’ because I voted for them. I would never do to them what you’ve done to this guy.”

“This is the most unethical sham since I’ve been in politics,” Graham asserted, fuming with anger.

“Boy, you all want power,” Graham continued. “God, I hope you never get it. I hope the American people can see through this sham — that you knew about it and you held it. You had no intention of protecting Dr. Ford. None. She’s as much of a victim as you are.” 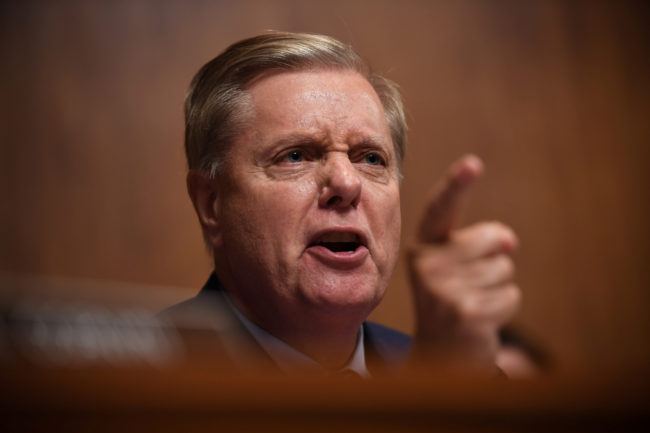 Graham concluded by trashing the idea that Kavanaugh was “Bill Cosby in high school” and promised to vote to confirm him to the Supreme Court.

White House press secretary Sarah Sanders praised Graham, saying he “has more decency and courage than every Democrat member of the committee combined. God bless him.”