Hundreds of anti-Kavanaugh protesters flooded the Senate office buildings Thursday to scream at senators, chant, sing and hold signs. One of the acts of protest that occurred was a large sit-in held in the Hart Senate office building. Approximately 300 protesters gathered together in a large atrium and chanted anti-Kavanaugh slogans at one another. There were two well-known celebrities that joined them.

Comedian Amy Schumer and model Emily Ratajkowski were among them. A massive banner was unfurled from a balcony that read “We Believe Christine Basley Ford” as dozens of Capitol Police moved into the crowd. 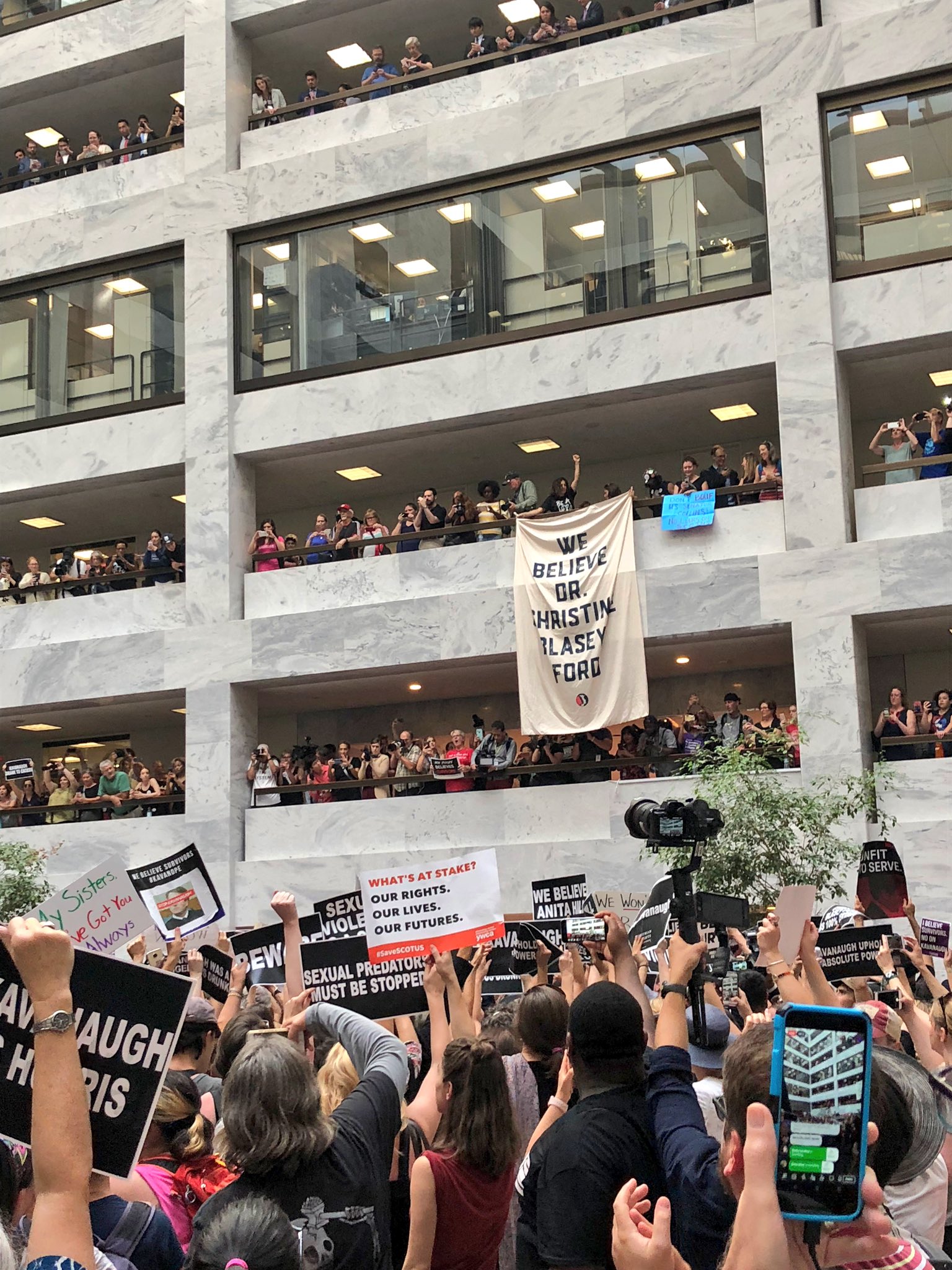 Here’s where it gets interesting.

The police began politely asking the protesters if they wished to get arrested. The protesters had time to confer with one another and think about it. The officers were patient, but eventually separated the protesters who wished to be arrested from the ones who did not. During this calm separation process by the police, this reporter witnessed Schumer and Ratajkowski verbally ask to be arrested. Here is video of this happening:

Here is @amyschumer telling cops she *wants* to be arrested.

Cop asks “Do you want to be arrested?”

Save this for the “I can’t believe I was arrested for free speech!” Tweet from her soon. pic.twitter.com/TLGaDAyh1T

The Hollywood stars sat on the floor with their entourage for approximately 30 minutes, chanting and singing along with the rest of the protest. The police asked groups of the protesters to line up in an orderly fashion to get “arrested.” All protesters complied. According to the Capitol Police, the protesters were charged with unlawfully demonstrating and then immediately released.

“The individuals arrested are being processed on site and released. At this time, we are unable to confirm the names of those arrested due to the large number being processed,” a Capitol police statement read.  To get the charges dropped, all one must do is pay a $50 ticket.

A pretty easy tab for the famous millionaires. 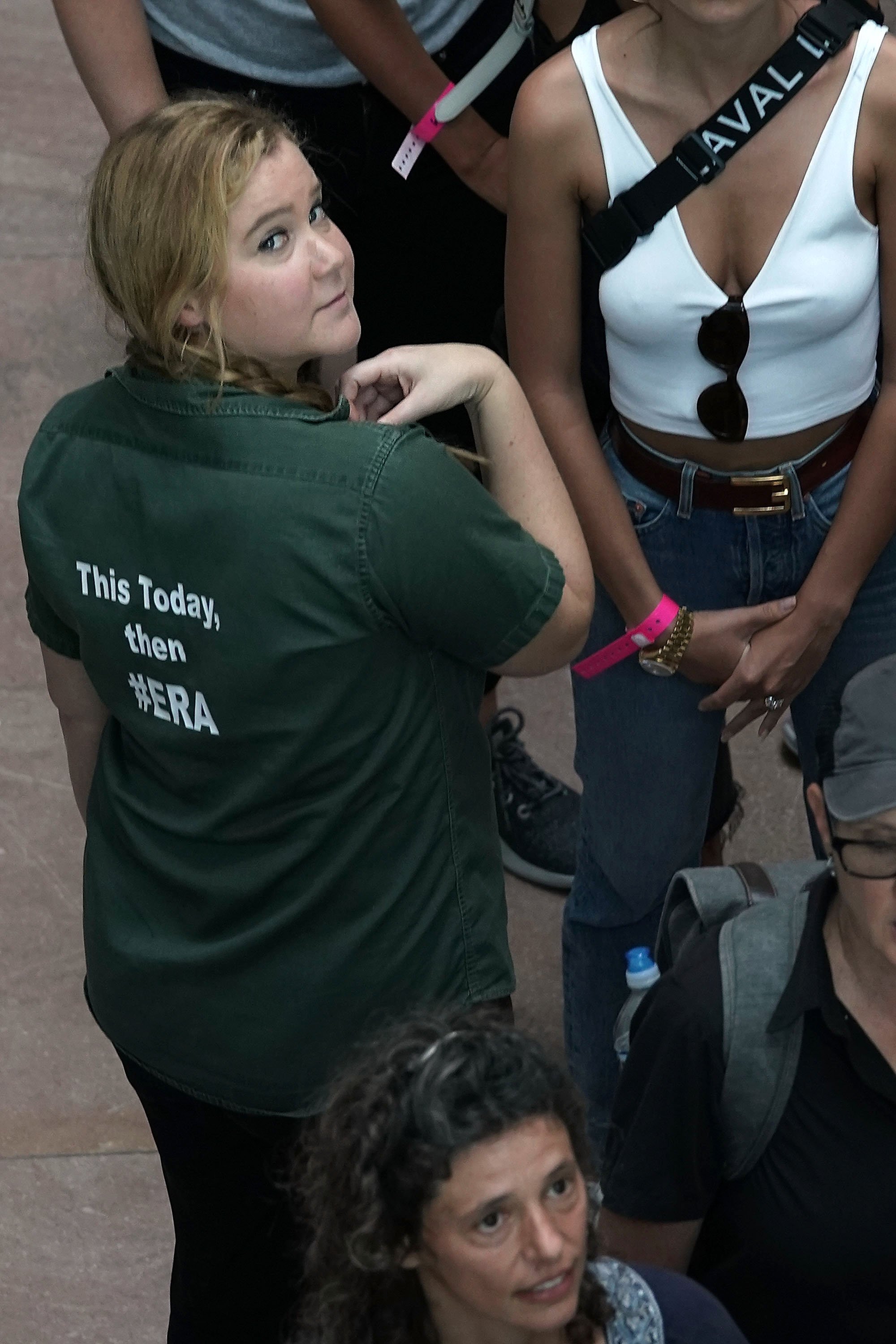 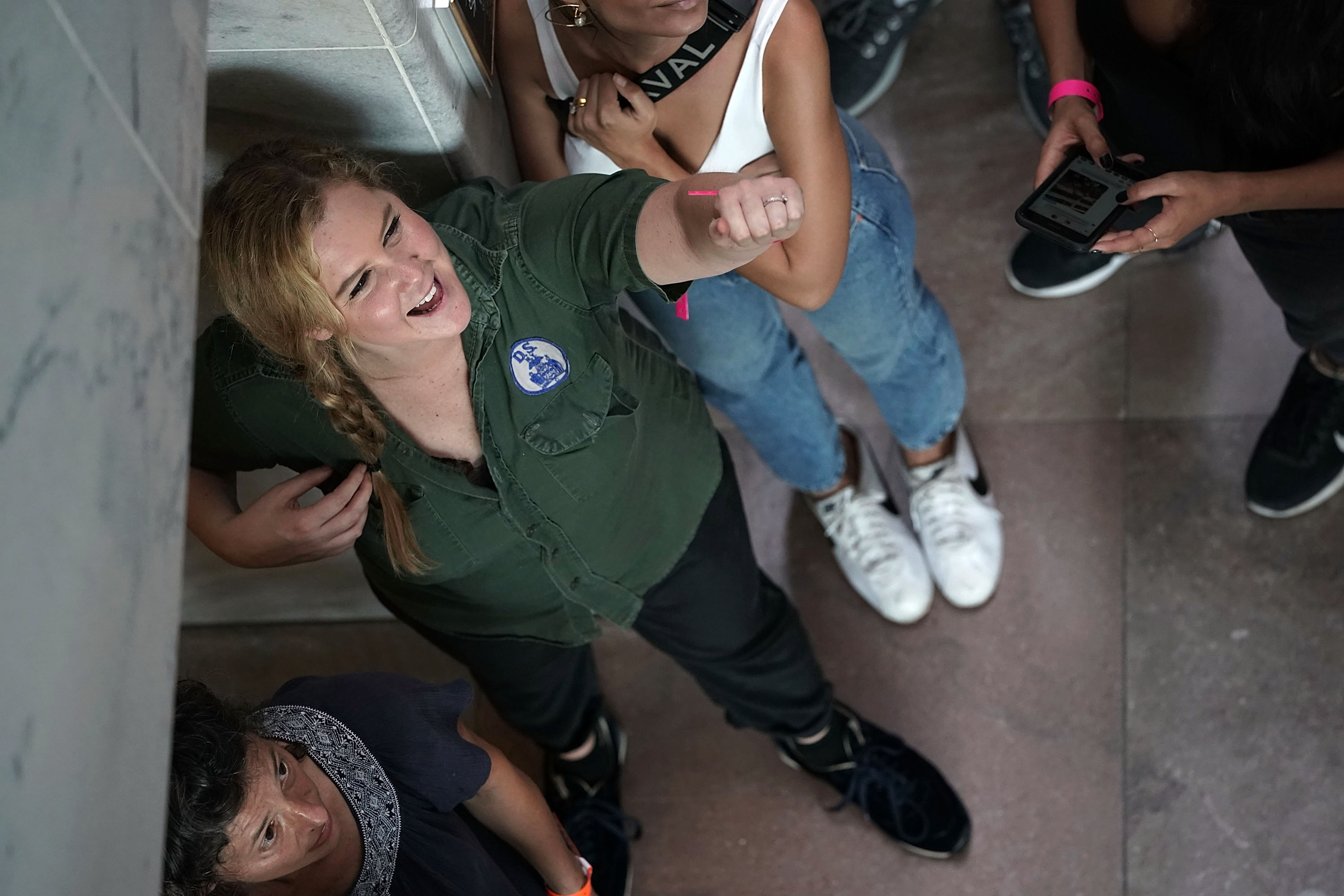 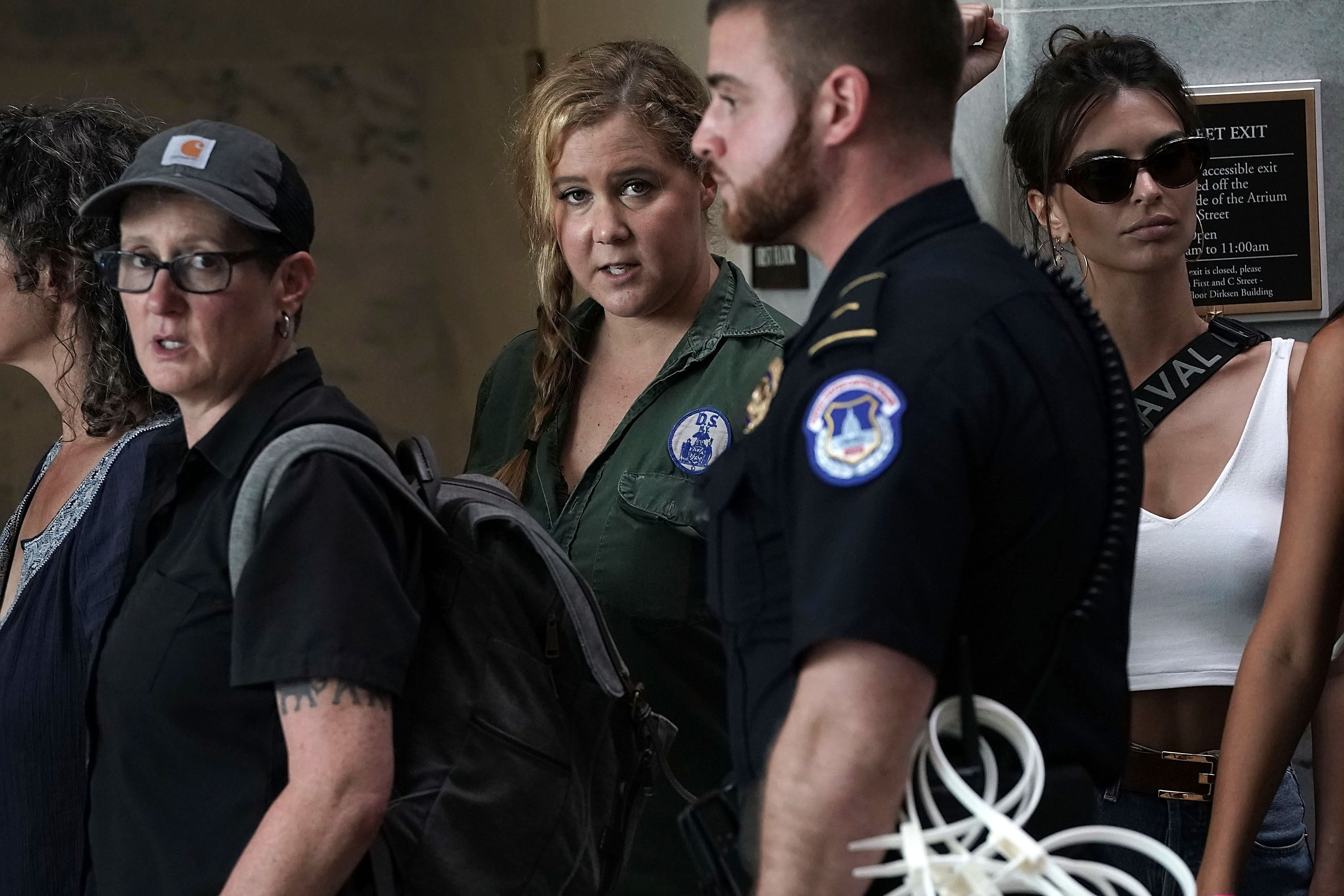 I watched Schumer and Ratajkowski chatting with the police officers and dancing before they were led away. The group was smiling and under no duress. The officers gave the Hollywood crew pink wristbands for some reason before walking them out.

Based on the ease of the event, I did not expect there to be much made of the arrests. However, I was stunned to read the coverage of the event as far more dramatic and stress-filled than it actually was. No report mentioned that the two Hollywood stars verbally agreed to be arrested or that they were having a nice time while it happened.

When I saw Ratajkowski post a photo with a caption lamenting her arrest, I was bewildered. Ratajkowski wrote:

“Today I was arrested protesting the Supreme Court nomination of Brett Kavanaugh, a man who has been accused by multiple women of sexual assault. Men who hurt women can no longer be placed in positions of power.”

Today I was arrested protesting the Supreme Court nomination of Brett Kavanaugh, a man who has been accused by multiple women of sexual assault. Men who hurt women can no longer be placed in positions of power. pic.twitter.com/nnwq1O4qk3

I had to share my coverage of the staged hero moment for clarity, specifically the verbal agreement for being arrested, and the dancing and smiling Schumer and Ratajkowski engaged in during their arrests.

You’re joking, right?
“Arrested?”
I watched the cops walk up to you and ask politely if you wanted to be arrested. You & Amy Schumer said “yes.” Then you both just sat comfortably on the floor until the cops gave you special wristbands & politely escorted you out

Here’s video of your “arrest” @emrata. Can you see yourself? Dancing and bobbing your head in front of the cops in the lower right hand corner?
It looks like you’re having a good time. pic.twitter.com/GcaAzT6xff

Here is your actual “arrest” moment. See how you’re casually chatting with your friends who are wearing special pink wristbands which the police gave to you for special protected status? See how your photographer filmed you casually walking out of the Senate with a police escort? pic.twitter.com/FyHLV7Xqgv

Perhaps it will add some clarity for the millions of followers and fans of Schumer and Ratajkowski who are worried that they’re locked up in a cold jail call in the bowels of the U.S. Capitol.