Germany and Denmark are extending the deployment of security forces on the countries’ borders due to the continued threat of terrorism. According to Reuters, both countries will continue to patrol the border and operate control points for an additional six months. 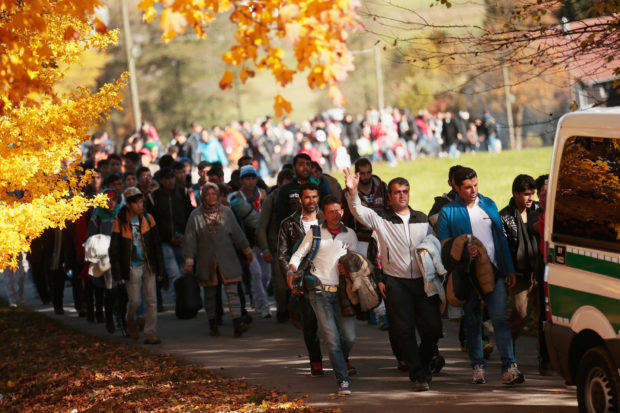 PASSAU, GERMANY – OCTOBER 28: German police lead arriving migrants alongside a street to a transport facility after gathering them at the border to Austria on October 28, 2015 near Wegscheid, Germany. Bavarian Governor Horst Seehofer has accused the Austrian government of wantonly shuttling migrants in buses from the Slovenian border across Austria and dumping them at all hours of day and night at the border to Germany. German authorities have recorded over 7,000 migrants arriving daily since the weekend as a bottleneck of migrants in Slovenia and Croatia finally arrived in Austria. Germany has registered over 800,000 migrants this year and Chancellor Angela Merkel is mounting pressure on European Union member states that so far have shown great reluctance to accept any migrants at all to finally share the burden of accommodating the newcomers, many of whom are refugees fleeing war-torn Syria. (Photo by Johannes Simon/Getty Images)

“There is still a serious terror threat against Denmark and a substantial pressure on Europe’s outer borders,” said Inger Stojberg, Denmark’s Minister for Immigration and Integration, according to Reuters. 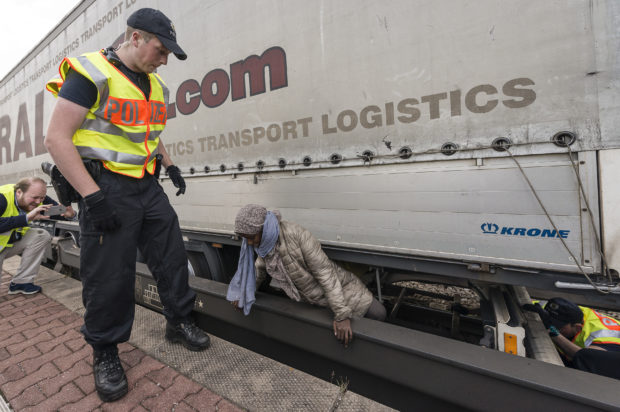 TOPSHOT – German policemen found a 15 year-old girl from Somalia at the train station in the southern German city of Raubling on August 24, 2017 during a search for illegal migrants on the German-Austrian border.
/ AFP PHOTO / Guenter SCHIFFMANN (Photo credit should read GUENTER SCHIFFMANN/AFP/Getty Images)

The added security on the German border was added in 2015, and on the Denmark border in 2016. The increased police presence is a direct response to the mass influx of migrants into Europe and fears that previously unregulated border crossing points would allow terrorists to infiltrate the countries.

(RELATED: Terrorism Related Cases In Germany Quadruple In One Year) 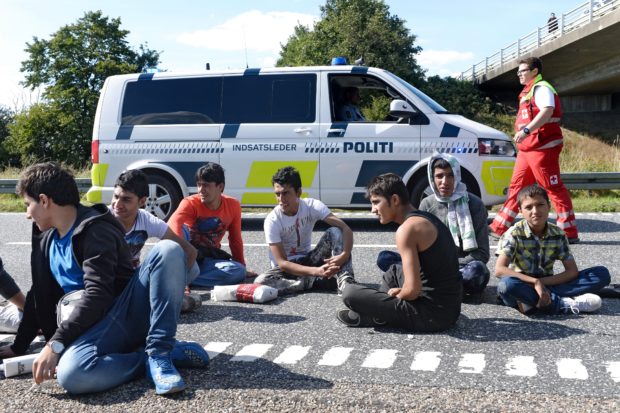 Migrants, mainly from Syria and Iraq, sit in front of a Danish police van, as they attempt to walk at the E45 freeway from Padborg, on the Danish-German border, towards Sweden, on September 9, 2015. The migrants arrived this morning with a train from Germany and were placed at a school from where they fled. AFP PHOTO / SCANPIX DENMARK / Claus Fisker ++++ DENMARK OUT (Photo credit should read CLAUS FISKER/AFP/Getty Images)

Before 2015, passport-free travel was allowed in the so-called “Schengen zone.” Leaders of both countries expressed desires to one day return to passport-free borders.

Some in Germany claim the announcement, which comes just two days before a crucial election in Bavaria, is politically motivated. The German Interior Ministry spokeswoman has denied these accusations.

1
Here's What Johnny Depp's Lunch Allegedly Looked Like, According To Photos From Amber Heard
Entertainment
2
Millions In Coronavirus Relief Loans Went To Chinese Real Estate Company At Center Of FBI Bribery Probe
US
3
The Side Of Kayleigh McEnany The Media Won’t Tell You About
Politics
4
Supreme Court Rules Half Of Oklahoma Belongs To Native American Reservation And The Decision Has To Do With A Rape Case
US
5
JONES: I Am Black And I Am A Democrat. But 'I Ain't' Voting For Joe Biden This November
Opinion