The Metropolitan Republican Club on Manhattan’s Upper East Side was vandalized Thursday night with broken windows, spray-painted anarchy signs, and a threatening message that the “attack is merely a beginning.” 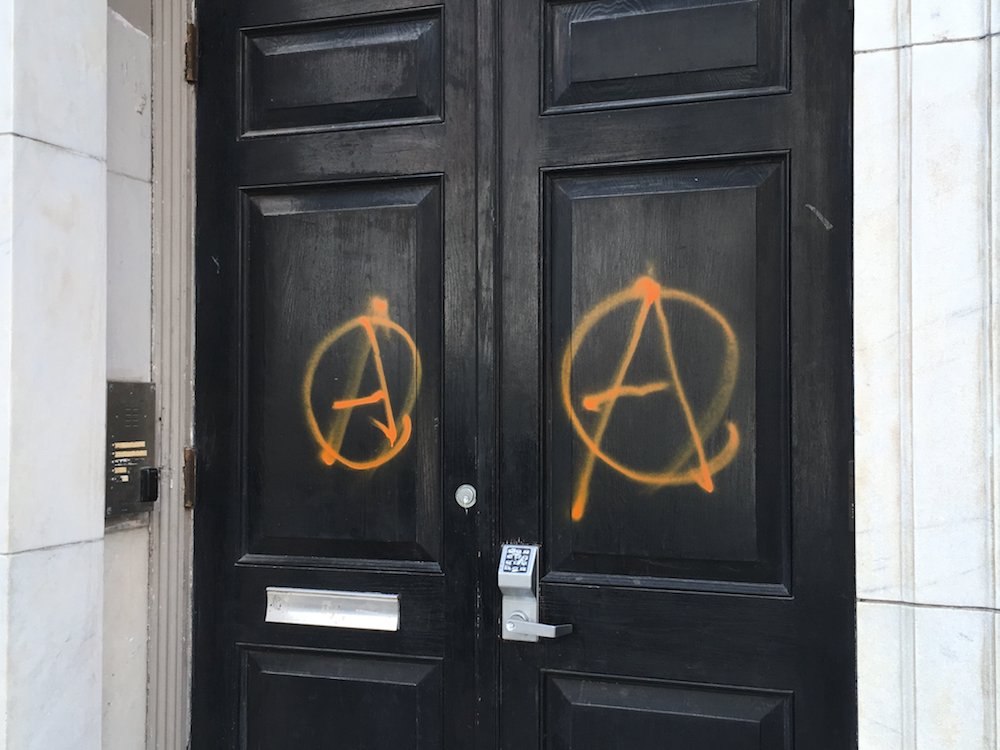 The door of the Metropolitan Republican Club in Manhattan, New York, was vandalized Thursday, Oct. 11, 2018. (Photo obtained by The Daily Caller) 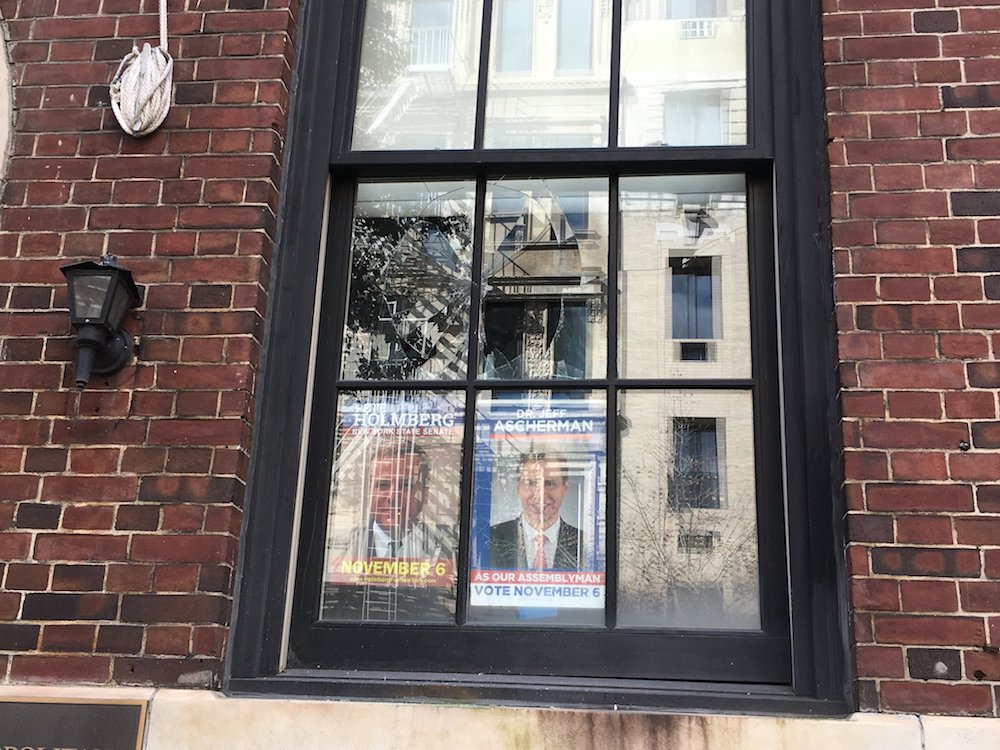 The window of the Metropolitan Republican Club in Manhattan, New York, was vandalized Thursday, Oct. 11, 2018. (Photo obtained by The Daily Caller)

Tonight, we put the Republican Party on notice, in defiance to the policy of mass misery they have championed.

The U.S. government has established concentration camps around the country for Latino people, shamelessly murdering black people, and continues its war machine that has slaughtered Muslim people with impunity for decades. The so-called “Land of the Free” leads the world in incarceration rates per capita, all the while profiteering in the new plantation within the prison walls.

While these atrocities persist unabated the Metropolitan Republican Club chose to invite a hipster fascist clown to dance for them, content to revel in their treachery against humanity. The Republican Party joined by their spineless partners in crime, the Democrats institute a policy of domestic and foreign terror felt the world over.

Our attack is merely a beginning. We are not passive, we are not civil, and we will not apologize. Those of good conscience and clear mind know this state of oppression cannot remain. The US fascist political system is one of the most savage institutions in history and we will combat it relentlessly until all are free of American barbarism.

The term “hipster fascist clown” appeared to reference Vice Media co-founder and CRTV host Gavin McInnes, who was expected to speak Friday at the club. McInnes says he stands up for “Western values,” and is the founder of a fraternal group called the Proud Boys, where men who believe the “West is best” meet up and drink beer.

The attack happened just weeks after vandals spray-painted an Illinois Republican Party office in Winnebago County with the words “rape” and “shame” on the building, Fox News reported.

Antifa groups have amped up their activity in the past few months, which include attacks on Immigration and Customs Enforcement (ICE), motorists, and residents in Portland, Oregon. (RELATED: Here Are All Of The Times Antifa Got Violent In One Weekend) 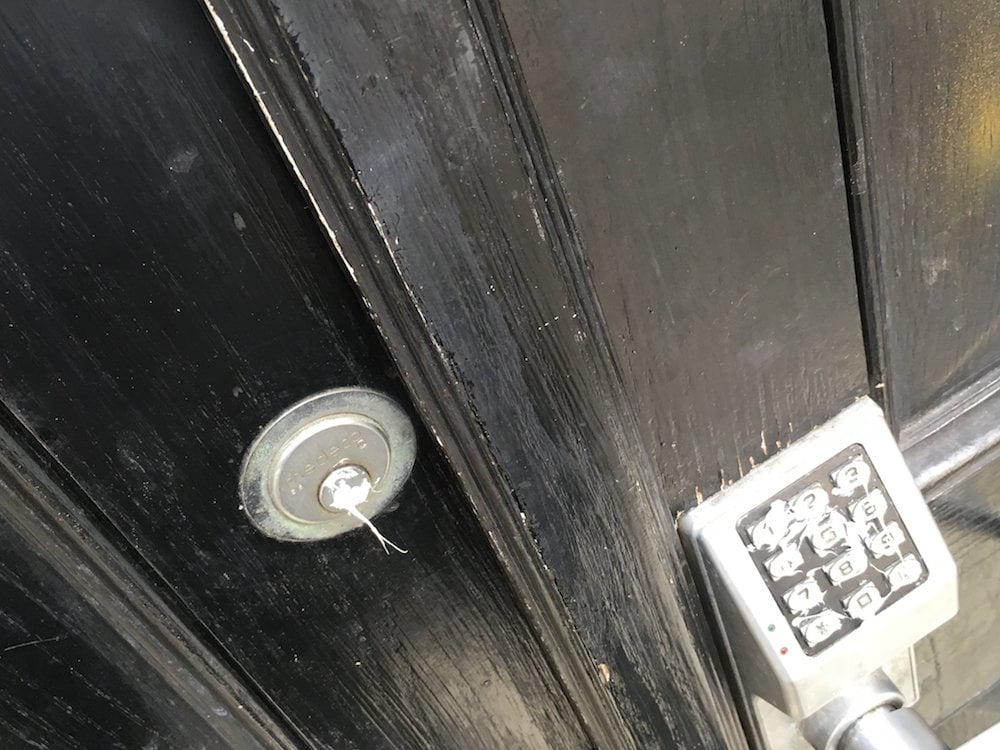 The door of the Metropolitan Republican Club in Manhattan, New York, was vandalized Thursday, Oct. 11, 2018. (Photo obtained by The Daily Caller)

“Last night the Metropolitan Republican Club was vandalized by the leftist hate group Antifa, who also left a note promising ‘this is just the beginning’ and threatening more violence,” the Met Club said in a statement on Twitter. “Republicans are a minority party in NYC by a wide margin, and while most city residents are respectful of our activities, our grassroots actions are often met with hostility. Last night’s shameful attack by Antifa cowards represents a tragic new low.”

“Sadly this is only the most recent example of leftist violence and aggression against the Conservative Movement,” the statement continued. “But rest assured that we will not be intimidated by violence, threats, or hate speech. We will continue to fight for freedom of speech and liberty here in New York City and all across this great nation.”

New York Republican Chairman Ed Cox and Manhattan GOP Chairwoman A.J. Catsimatidis were expected to condemn the vandalism, call on Democrats to stop inciting these attacks, and urge civility at a press conference Friday at 2 p.m. in front of the Metropolitan Republican Club in Manhattan.