One of the attorneys attached to former New York City Mayor Michael Bloomberg’s environmental nonprofit was heavily involved in litigation targeting ExxonMobil, according to a document obtained by The Daily Caller News Foundation.

Gavin McCabe, a lawyer connected to Bloomberg Philanthropies, signed an amicus brief in June supporting New York City’s yearlong climate lawsuit against Exxon and Chevron. He’s one of at least eight attorneys hired by attorneys general across the country to work on environmental litigation.

The city’s lawsuit is the third such claim brought against oil companies Exxon, Chevron, BP, Royal Dutch Shell and Conoco Phillips. Another judge in Northern California struck down identical lawsuits in June brought by the cities of San Francisco and Oakland. The legal maneuvers are a boon for trial lawyers as well.

Hagens Berman stood to earn billions of dollars in contingency fees depending on the total winnings, from a favorable judgement against oil companies. The three cities claimed billions of dollars worth of damage from global warming induced by fossil fuels. Cities and trial lawyers argue the alleged effects of global warming, including sea level rise and extreme weather, violate public nuisance laws.

Bloomberg, a prominent Democratic donor and potential presidential contender in 2020, launched the foundation in 2017 with a $6 million campaign to embed attorneys in AG offices to push back against President Donald Trump’s efforts to roll back environmental regulations. 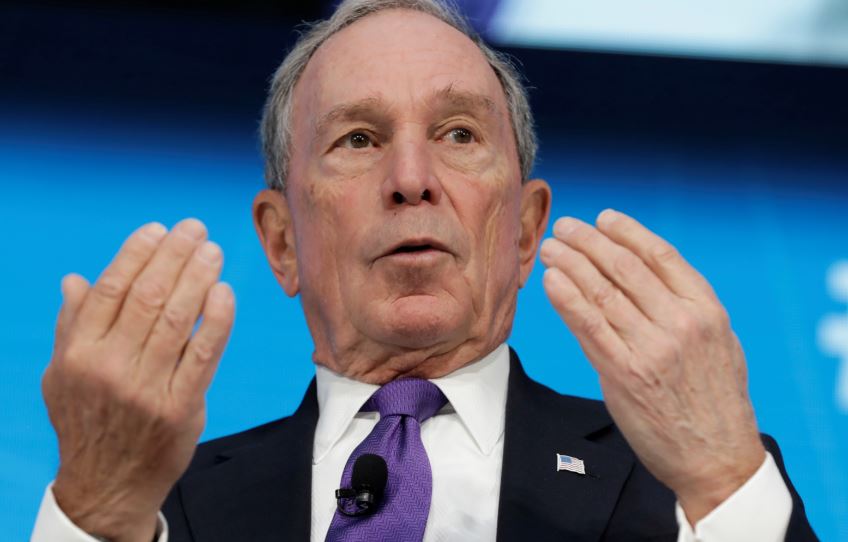 Some critics believe Bloomberg Philanthropies is being used as a type of pass-through entity through which donors can support elected officials with resources that legislatures will not provide and which donors cannot legally provide directly. The foundation has not yet responded to TheDCNF’s request for comment.

Rosenblum added: “I find it strange to call someone who is working under our supervision with the title of SAAG and who is getting paid (by a third-party) the same as he would if he were working for [the Department of Justice] as a regular [assistant attorney general] — a volunteer.” Senior Deputy Legislative Counsel Marisa James made similar complaints in a September memo that called the legal fellow position a “conflict” with the law.

Novick and McCabe’s roles are characterized as voluntary despite their beefy salaries, which are paid for by the State Energy and Environmental Impact Center (SEEIC) at the New York University School of Law.

Neither SEEIC nor New York City’s law office have responded to TheDCNF’s requests for comment about McCabe’s role in the litigation. SEEIC did direct TheDCNF to a page on its website explaining what responsibilities fellows are tasked with completing.