Just spoke to the King of Saudi Arabia who denies any knowledge of whatever may have happened “to our Saudi Arabian citizen.” He said that they are working closely with Turkey to find answer. I am immediately sending our Secretary of State to meet with King!

The president also revealed that he is dispatching Secretary of State Mike Pompeo to Riyadh to continue to investigate the matter. 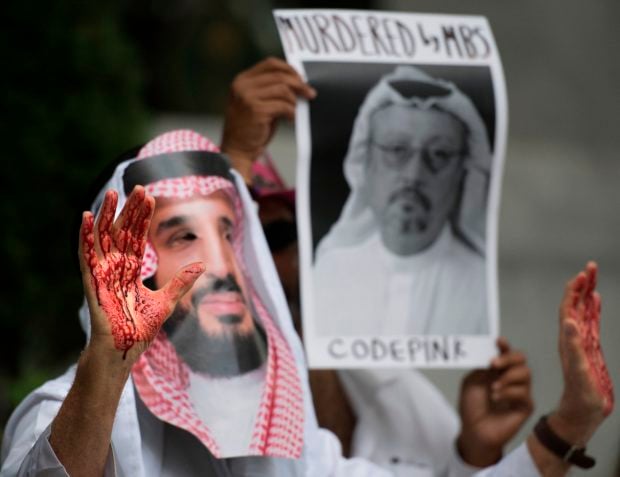 A demonstrator dressed as Saudi Arabian Crown Prince Mohammed bin Salman (C) with blood on his hands protests outside the Saudi Embassy in Washington, DC, on October 8, 2018, demanding justice for missing Saudi journalist Jamal Khashoggi. – US President Donald Trump said October 10, 2018 he has talked to Saudi authorities “at the highest level” to demand answers over what happened to missing journalist Jamal Khashoggi.
Trump told reporters at the White House that he talked to the Saudi leadership “more than once” since Khashoggi, a US resident and Washington Post contributor, vanished on October 2 after entering the Saudi consulate in Istanbul. (Photo by Jim WATSON / AFP) (Photo credit should read JIM WATSON/AFP/Getty Images)

Turkish officials say Khashoggi, a columnist for The Washington Post, was spotted entering the Saudi consulate last week but was never observed coming out. Officials suspect that Saudi Arabia dispatched a team of 15 men to the consulate on that day and that Khashoggi may have been killed, dismembered and removed on site.

The Saudi government maintains that Khashoggi left the premises the same day he entered, but can offer no proof to the contrary. 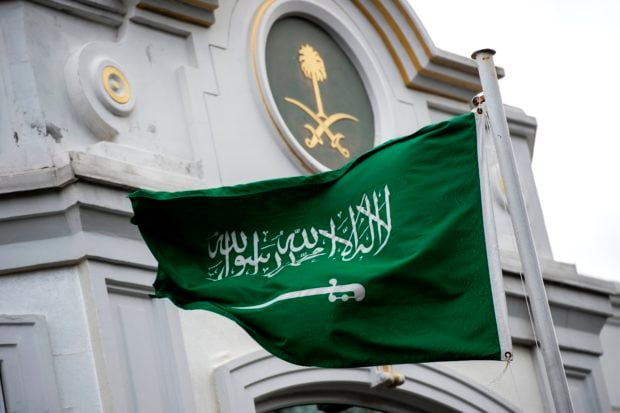 A Saudi Arabia flag flies in front of the Saudi consulate in Istanbul on October 13, 2018. – Saudi Arabia dismissed on Octiber 13 accusations that Jamal Khashoggi was ordered murdered by a hit squad inside its Istanbul consulate as “lies and baseless allegations”, as Riyadh and Ankara spar over the missing journalist’s fate. (Photo by Yasin AKGUL / AFP) (Photo credit should read YASIN AKGUL/AFP/Getty Images)

Trump was asked about reports saying the Saudis killed Khashoggi in an interview with “60 minutes,” saying, “it’s being investigated. It’s being looked at very, very strongly. And we would be very upset and angry if that were the case.”

The president continued, “We’re going to get to the bottom of it, and there will be severe punishment.”