Ecuador ordered WikiLeaks founder Julian Assange to take care of his cat, clean the bathroom and steer clear of all salient political issues in order to receive internet privileges.

Assange is barred from “interfering in the internal affairs of other states,” according to a nine-page memo published by Ecuador’s British embassy. He is also prohibited from engaging in any activities that could “prejudice Ecuador’s good relations with other states,” the Australian Broadcasting Corporation reported Tuesday.

Embassy officials threatened to give Assange’s cat to an animal shelter if he did not meet their standards of care. Assange has resided at the Ecuadorian embassy in London since 2012. 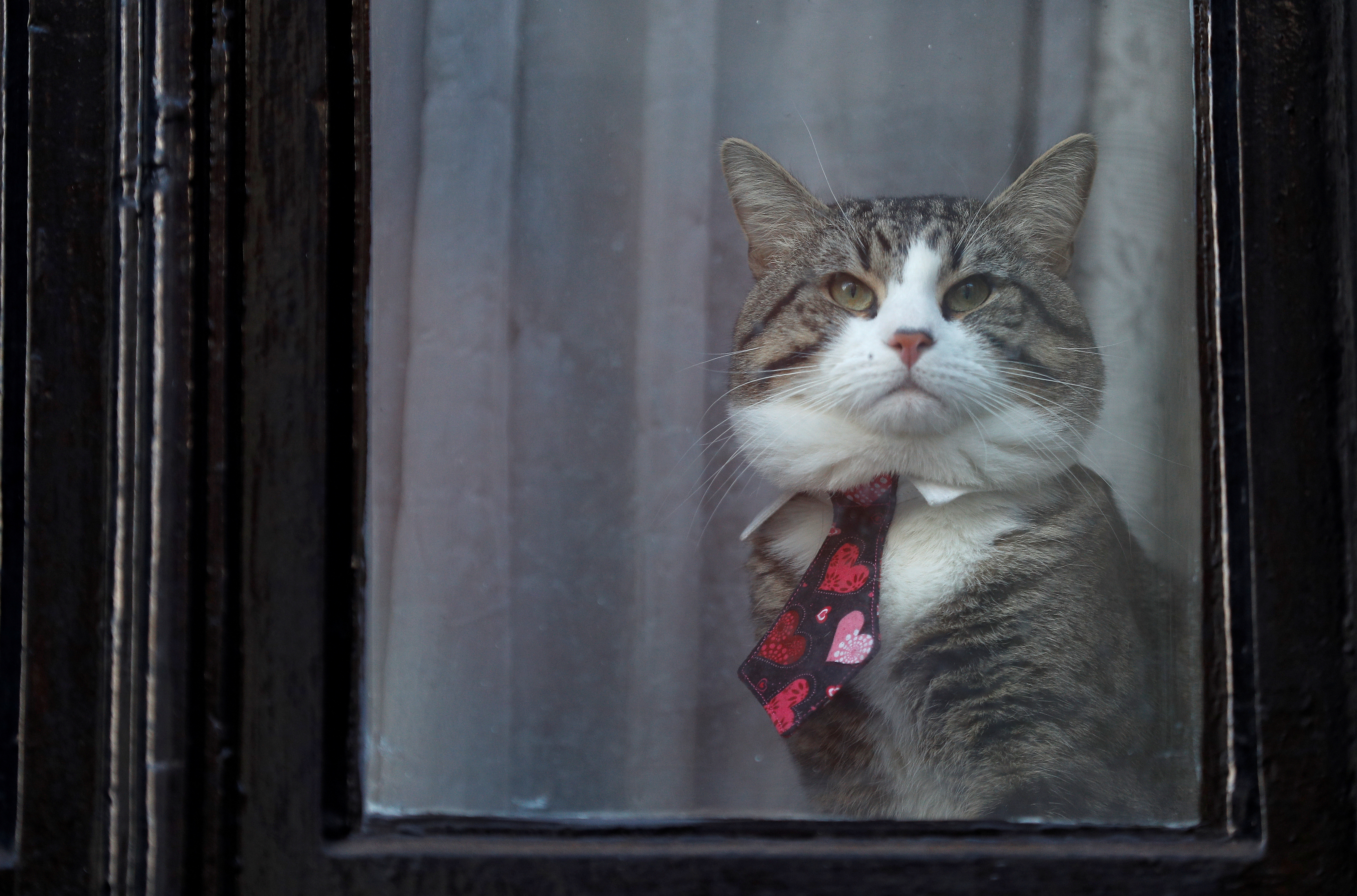 The memo comes after the embassy cut his internet access in March, following Assange’s comments about a diplomatic crisis involving Moscow and London among other political commentary, according to Reuters. His actions endanger “the good relations that the country maintains with the United Kingdom, with the rest of the states of the European Union, and other nations,” the Ecuadorian government said at the time.

Assange is the founder of WikiLeaks, a website “specializ[ing] in the analysis and publication of large datasets of censored or otherwise restricted official materials involving war, spying and corruption.” Assange came under fire after he published thousands of emails from former U.S. presidential candidate Hillary Clinton and released a U.S. military manual on Guantanamo prison. He also released emails from former vice presidential candidate Sarah Palin.

Pictured is WikiLeaks founder Julian Assange at the Ecuadorian embassy in May 2017. REUTERS/Peter Nicholls

He was named Time Magazine “Person of the Year” in 2010. Time later changed its mind and awarded Facebook founder Mark Zuckerberg the title.

WikiLeaks and Assange’s lawyer announced Sunday that Assange would be given access to the internet, but his internet has only been partially restored, according to Reuters.

Ecuador and Britain attempted to negotiate Assange’s potential release in February, but British officials were unwilling to cooperate, according to Ecuadorean Foreign Minister Maria Fernanda Espinosa. 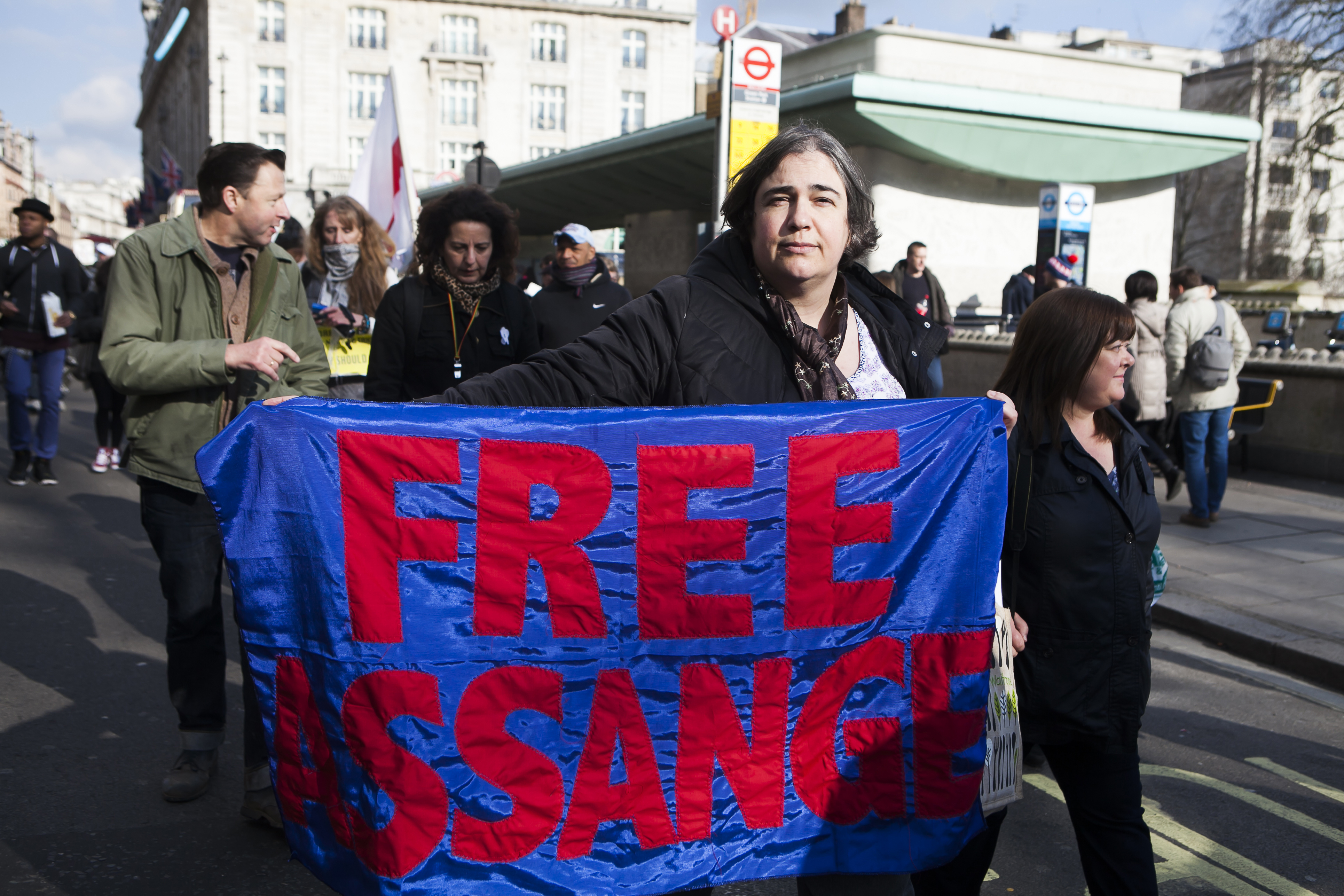 The Ecuadorean government protects Assange from British arrest but only on Ecuadorean territory, meaning that he can’t attempt to board an airplane or train without risking arrest, according to BBC News. Leaving would constitute a violation of the terms of his conditional bail, placed upon him after the Swedish police began investigating Assange for sexual molestation, coercion and rape in August 2010. (RELATED: REPORT: Julian Assange’s Six-Year Refuge At An Embassy Might Be Ending Soon)

Sweden dropped its rape investigation in May 2017, but Assange is still vulnerable to extradition to the U.S. for publishing U.S. military secrets.

The U.K. has been vocal that Assange should leave the embassy and face the consequences his actions have produced. “It’s about time that this miserable little worm walked out of the embassy and gave himself up to British justice,” U.K. Foreign Office Minister Alan Duncan said in March.