A Democratic operative funded by George Soros was arrested for battery Tuesday after the campaign manager for Nevada Republican gubernatorial nominee Adam Laxalt claims he grabbed her arm and would not let go, leaving her bruised on her neck and arms.

The campaign manager, Kristin Davison, 31, says Wilfred Michael Stark, 50, who is funded by both Soros and David Brock, has since left her “terrified and traumatized” after the attack, according to Fox News. Stark was arrested by Las Vegas city marshals Tuesday night after Davison filed a “battery” charge against him. 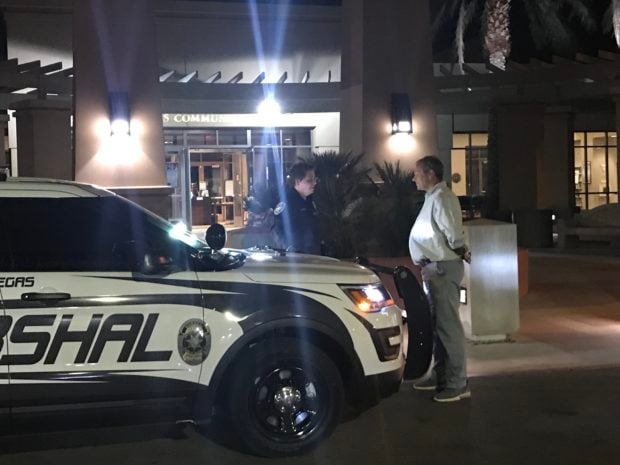 Wilfred Michael Stark is under arrest. (Photo obtained by TheDCNF)

“After an education rally, a large male liberal operative began chasing members of the Laxalt campaign and the attorney general, getting physically aggressive to push himself onto staff. When the team entered a side room and closed the door, the man pushed the door open — trapping Kristin in the doorway, grabbing her arm, and forcefully twisting it behind her back and squeezing,” Laxalt campaign communications director Parker Briden told The Daily Caller News Foundation. 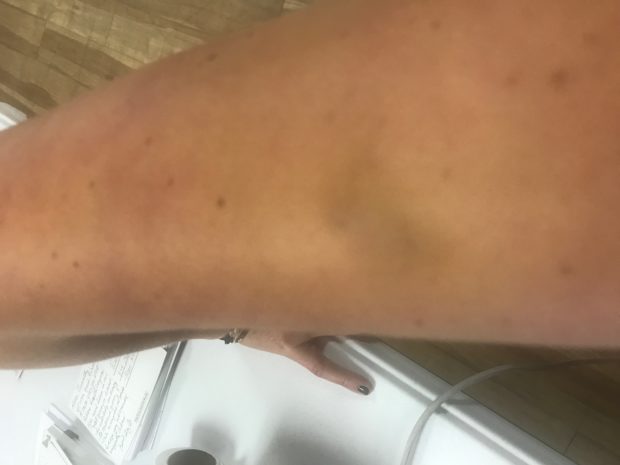 “She screamed, ‘You’re hurting me! Stop hurting me!’ but he would not stop and grabbed her arm tighter — creating painful bruises and straining her neck, shoulder, and lower back. The man would not relent and screamed: ‘You can make this stop, Adam.’ Kristin was terrified and begged for him to stop and could not get free until Las Vegas city marshals intervened. They arrested him, and while Kristin’s head, neck, and arm were throbbing with pain, they took him to the Las Vegas city jail,” Briden continued. 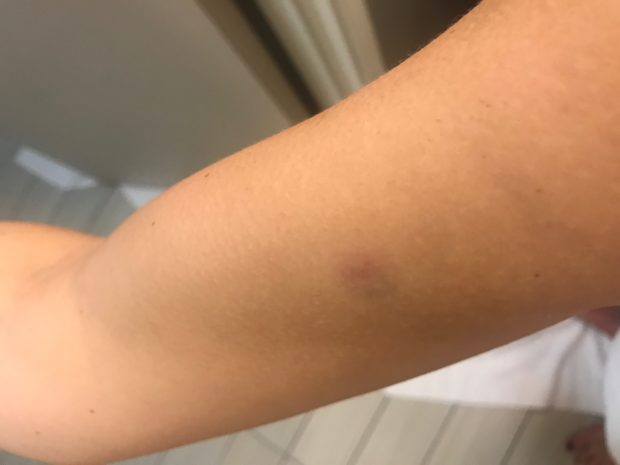 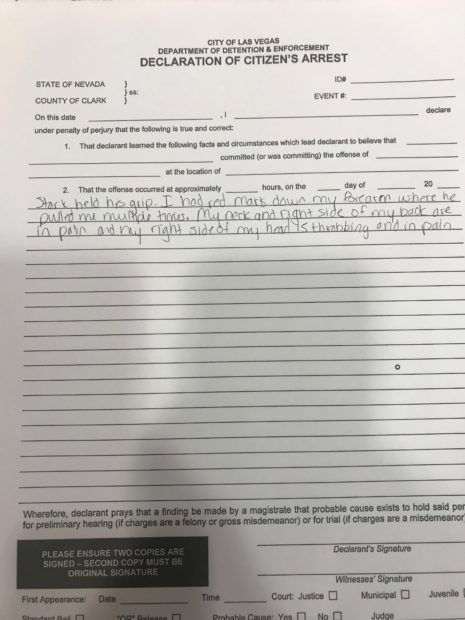 “He was arrested by our city marshals last night about 7 p.m. after Kristin Davison contacted them saying Mr. Stark had grabbed her by the arm and pushed her. The arrest is classified as a citizen’s arrest because the incident did not happen in the presence of the marshals,” the city marshal’s office said in a statement to Fox News. 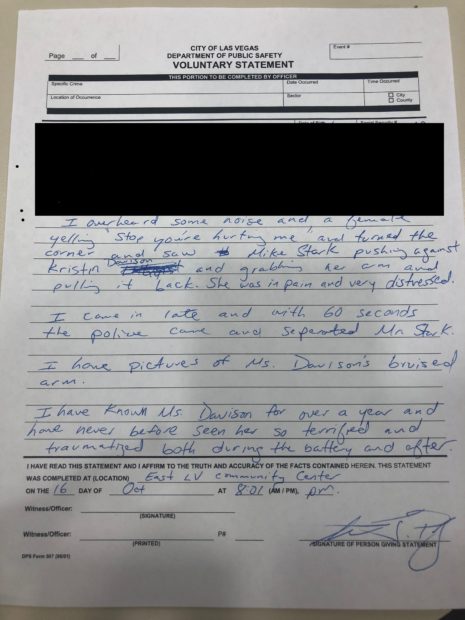 Pictured is a witnesses police report. (Photo obtained by TheDCNF)

This comes as multiple Republicans have been attacked or harassed in public settings prior to the November midterm elections.