Students for Fair Admissions (SFFA) filed a lawsuit against Harvard for racial discrimination against Asian-American students in 2014. The university is now on trial in a Boston federal court in front of U.S. District Judge Allison Burroughs. (RELATED: Harvard Dean Defends Race-Based Admissions On First Day Of Trial)

The third day of trials focused on a handbook used since 2014 that instructs admissions officers how to grade applications. The Wall Street Journal published a copy of the handbook Wednesday.

Applicants were given overall ratings that ranged from “Negative” to “Tops for admissions,” based on how they scored on the various categories, according to the handbook:

Overall
1. Tops for admission: Exceptional — a clear admit with very strong objective and
subjective support (90+% admission).
2. Strong credentials but not quite tops (50-90% admission).
3. Solid contender: An applicant with good credentials and support (20-40% admission).
4. Neutral: Respectable credentials.
5. Negative: Credentials are generally below those of other candidates.
6. Unread. 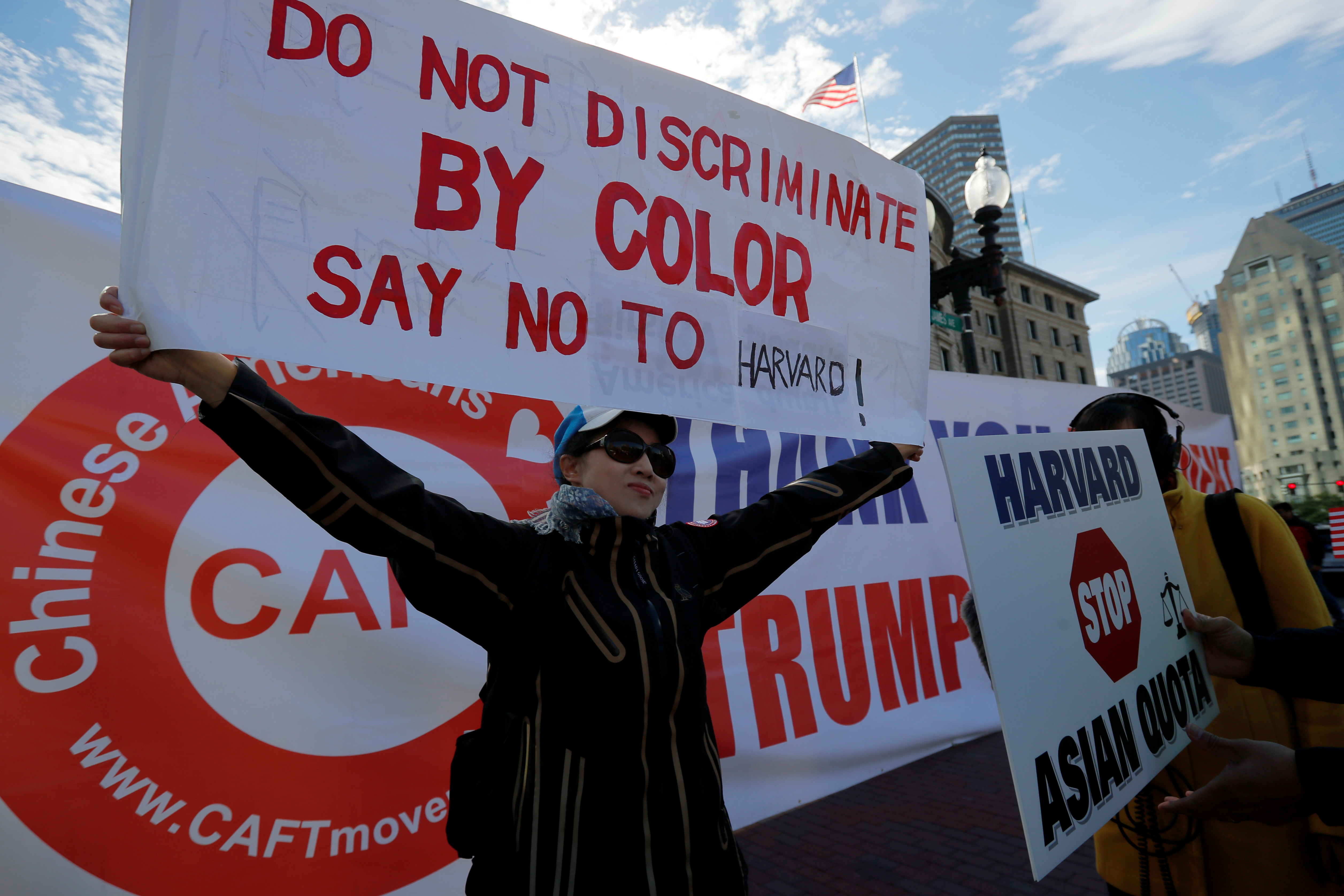 Different groups of supporters attend the “Rally for the American Dream – Equal Education Rights for All,” ahead of the start of the trial in a lawsuit accusing Harvard University of discriminating against Asian-American applicants, in Boston, Massachusetts, U.S., Oct. 14, 2018. REUTERS/Brian Snyder

Applicants needed to have unusual strength or even a national achievement to be considered as excellent in extracurricular activities while those who barely participated in activities could still get a neutral or respectable rating.

Personal ratings were generally determined by recommendations from teachers and counselors and an interview with a Harvard alumnus, Dean of Admissions William Fitzsimmons said Tuesday. He added that Asian-American students had weaker recommendations than white students.

Recommendations letters that had phrases like “the best ever” or “one of the best” had high school support scores.

Personal ratings were broken down into six different categories, though it was not explicitly said what determined an “outstanding,” “bland” or “questionable” personality.

Legacy status, an applicant who is the child of a Harvard undergraduate alumnus, is also considered in the application process, a Harvard official told The Daily Caller News Foundation in an email.

The official added that Asian-American legacy applicants increased by 29 percent from the 2016 to 2019 class pools.

Fitzsimmons also defended Harvard’s admittance of students who were related to donors, saying that it was “important for the long-term strength of the institution” like securing scholarship, The Harvard Crimson reported.

The names on these lists are sometimes given to the dean by the University Development Office, which seeks alumni donations. Those on the special lists were accepted at a 42.2 percent rate between the class of 2014 and class of 2019, The Crimson reported.