The exchange began with a question about what should be done regarding the possible murder of Saudi Arabian journalist Jamal Khashoggi — both McCaskill and Hawley agreed that all options should be on the table if it turns out that Saudi Arabia was involved in any way — and grew into a broader question about the Trump administration’s overall foreign policy. 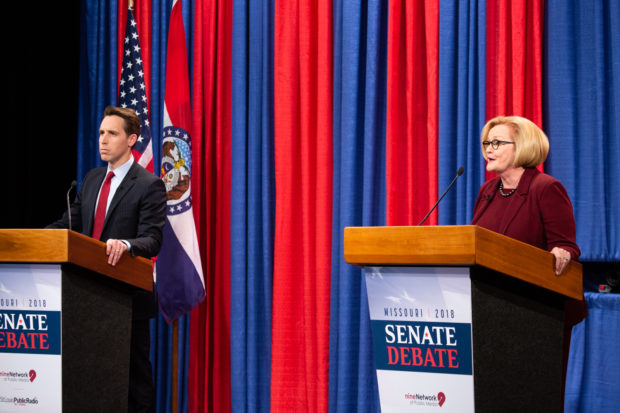 Hawley began by voicing his support for President Donald Trump’s strong stance on foreign policy and took a swing at former President Barack Obama, saying, “If you lead from behind, you get left behind.”

Then Hawley turned to McCaskill, arguing that she had turned her back on Israel and voted for military spending cuts. 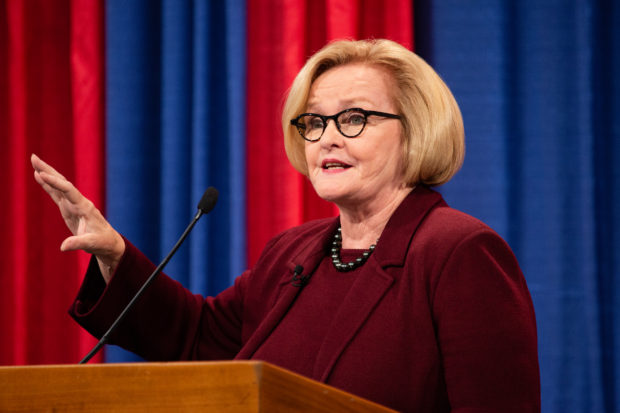 McCaskill interrupted then, saying that Hawley had a “tortured relationship with the truth.” “That’s just not true,” she claimed.

“Josh’s campaign has a tortured relationship with the truth,” @clairecmc #MoSenateDebate

Her next comment seemed to directly contradict that — and support his claim: “There were cuts that both parties agreed on.”

Hawley and McCaskill are locked in one of the tightest Senate races in the country and may help determine which party has control of that body.

Hawley, who is backed by President Donald Trump, explained, “This race here in Missouri is going to decide who controls the Senate, party-line liberalism or what Missouri voted for in 2016.”