The target of the attack, which was immediately claimed by the Taliban, was Gen. Austin “Scott” Miller, the commander of U.S. forces in Afghanistan. Miller had just stood up to leave the meeting when the gunman opened fire with an automatic rifle, Kabul Tribune editor Mustafa Kazemi reported, citing eyewitnesses to the attack.

A source from Kandahar tells me the moment @ResoluteSupport commander Gen. Miller stood up to leave the meeting, the automatic fire spree started. He hadn’t left the room nor taken a step yet when it began. He rolled behind a sofa & took cover. As narrated by a survivors.

A spokesman for U.S. Forces-Afghanistan confirmed that three coalition personnel were injured, but did not provide further information about their condition. Miller was unharmed in the attack, U.S. officials said.

Update 3 – three Coalition wounded. 1 US servicemember, 1 US Civilian and 1 Coalition contractor. This tweet clarifies that the contractor is not US. https://t.co/J7SS5dlatc

Among those killed was Abdul Raziq, Kandahar’s top police general who was widely seen as the most powerful official in southern Afghanistan. Also killed were Kandahar intelligence chief Abdul Mohmin, who was killed instantly, and provincial governor Zalmay Wesa, who died of his injuries at a hospital, The Associated Press reported.

A Taliban spokesman said Thursday that the group had carried out attack with the intent to kill Miller and top Kandahar provincial officials. Local media reporting indicated the shooter was a member of the provincial governor’s security team, but Afghan officials have not confirmed those reports. The attacker was killed by Afghan security forces on site. 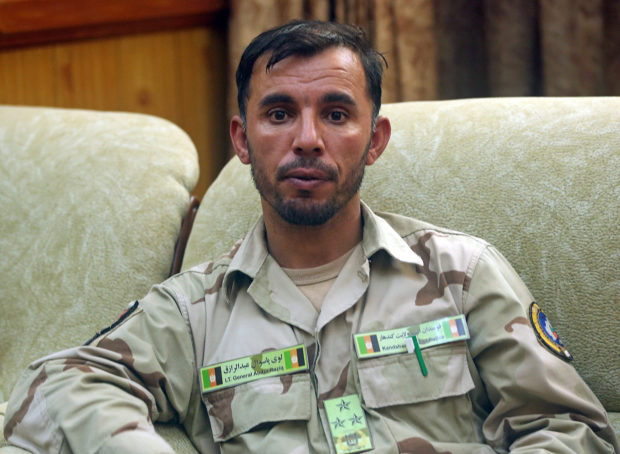 Raziq, a lieutenant general in the Afghan National Police, was widely seen as one of the Taliban’s most formidable opponents within the Afghan security forces. Just 39 years old at the time of his death, he had been fighting against the Taliban since 2001, when he helped anti-Taliban militia oust the group from his native Kandahar.

Before Thursday’s attack, Raziq claimed to have survived 29 assassination attempts by the Taliban, according to TOLO News.